I'm reading "The book of why" by Judea Pearl and although I understand qualitatively what he is saying when it comes to the bias introduced by controlling for an incorrect variable (a collider, for instance), I can't visualise the flow of association/correlation that results from such control. 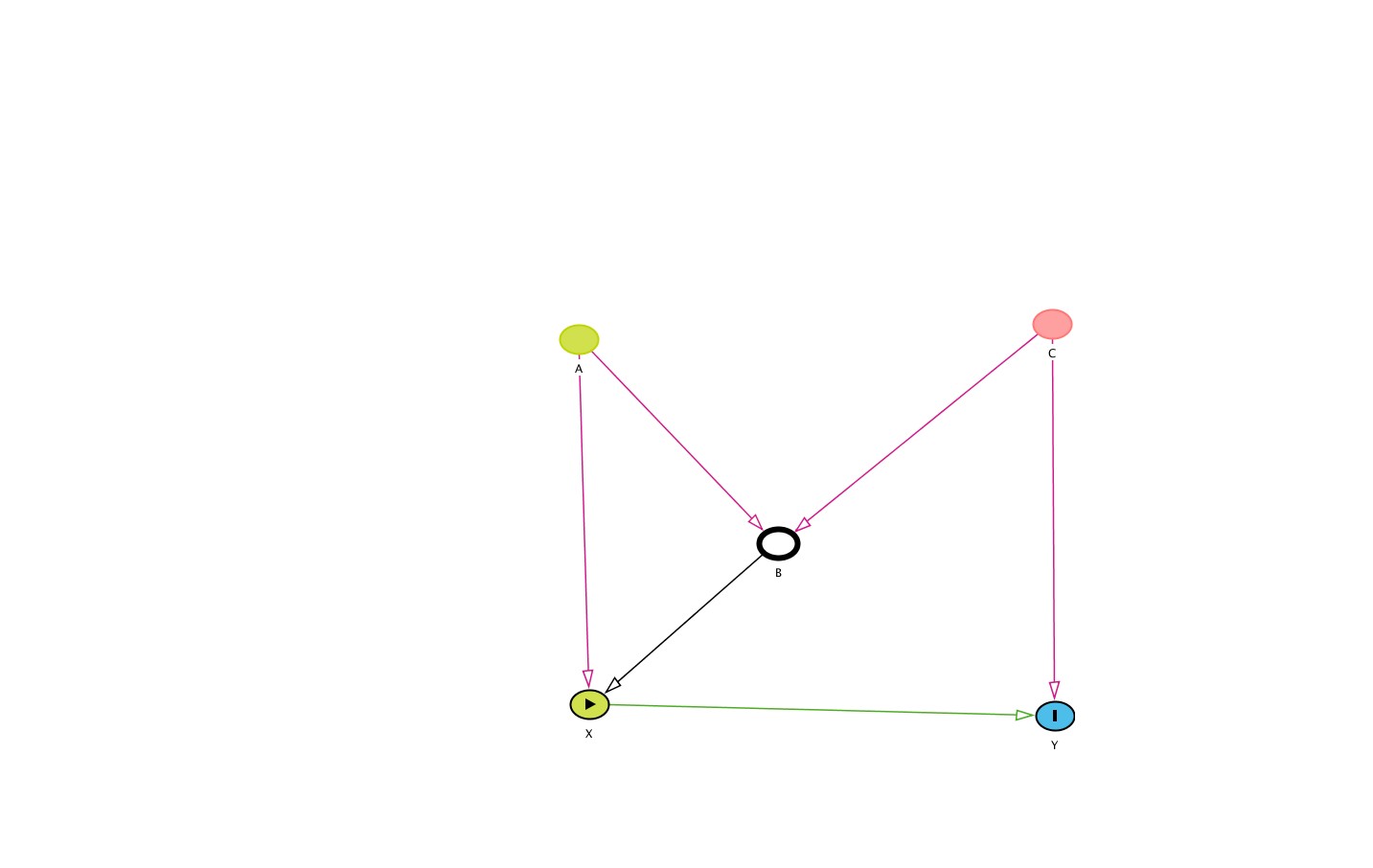 Why does controlling for B in the diagram here introduce bias?

This is more of a comment, in response to comments to Ed Rigdon's answer:

I understand that I shouldn’t control for B because it’s a collider. I want to know how the diagram looks when a variable is controlled for. Then I would be able to see everything explicitly

A good way to do this is by drawing the conditional graph by a process called graphical moralization. The steps are very simple (this is quoted almost verbatim from Greenland and Pearl, 2017) where I have just changed the variable names to match the ones in the question:

So we arrive at the following graph: 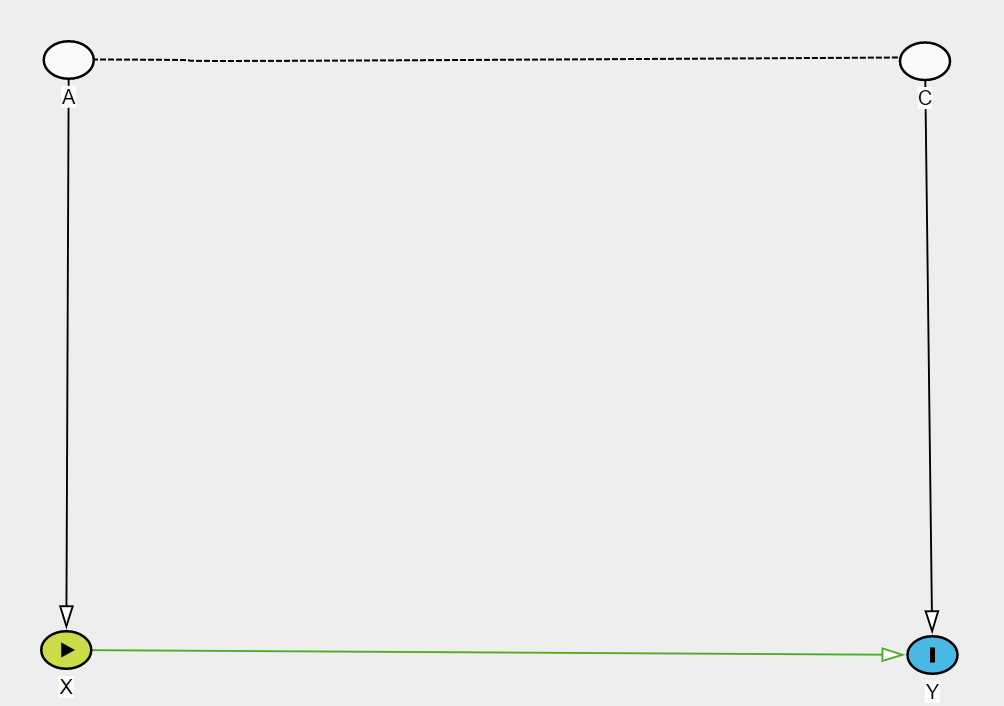 Note that this is not a DAG because of the presence of the dashed line. To continue using DAG theory we must retain B and use the reasoning in Noah's answer where the backdoor path is shown as $X \leftarrow A \rightarrow \fbox B \leftarrow C \rightarrow Y$

Finally I often find it instructive to do simple simulation so here I simulate data according to the original DAG and show what happens when controlling for the collider:

So we obtain good estimates for the effect of X. However:

Now we have a biased estimate for X

In the model, B = A + C, and A and C are orthogonal. If you hold B constant, you induce covariance between A and C. Say you hold B constant at 10. Then, if A is 7, C is 3. If A is 6, then C is 4. This creates a confound for the X -> Y relationship, a backdoor path from X through A through the covariance with C to Y.

C is a confound for the X -> Y relationship because X and Y are joint descendants of C. Controlling for C negates that joint dependence. You don't need to control for B because B by itself is not a confound--Y is not a descendant of B, except through X.

One of the tough parts of interpreting diagrams is looking for the paths that are not there. Those omissions can be the most important part of the diagram, but without practice they will not be the focus of our attention.

share|cite|improve this answer
answered Jan 18 at 18:46

There are seven rules of association. In the first four, $R$ and $T$ are associated with each other:

In the second three, $R$ and $T$ are not associated with each other through the path:

A box around a variable means we are conditioning on the variable.

share|cite|improve this answer
answered Jan 19 at 3:04

Not the answer you're looking for? Browse other questions tagged causality dag or ask your own question.

2
How to refer to variables which lie beyond causal pathway
4
Names for some canonical directed causal graphs/illustrations of some canonical causal relationships?
12
Causal effect by back-door and front-door adjustments
84
The Book of Why by Judea Pearl: Why is he bashing statistics?
0
Difference between Causal Intervention and Causal Mediation
3
Causality: Structural Causal Model and DAG
4
What justifies adjusting for proxy variables in the DAG causal inference framework?
5
Convincing Causal Analysis using a DAG and Backdoor Path Criterion