In making scatterplot for correlations between two continuous variables, can we use the choice cubic instead of linear choice [closed]

In making scatterplot for correlations between two continuous variables, can we use the choice cubic instead of linear choice in "create a fit line at total", as shown in the copied Figure, please? does this sort of Figure acceptable scientifically to show negative correlation? 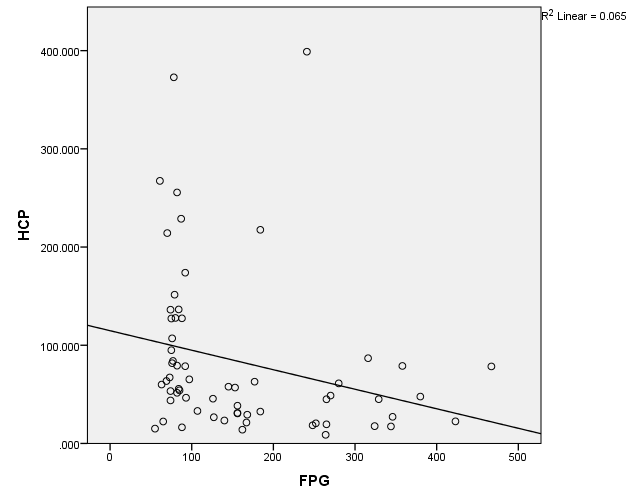 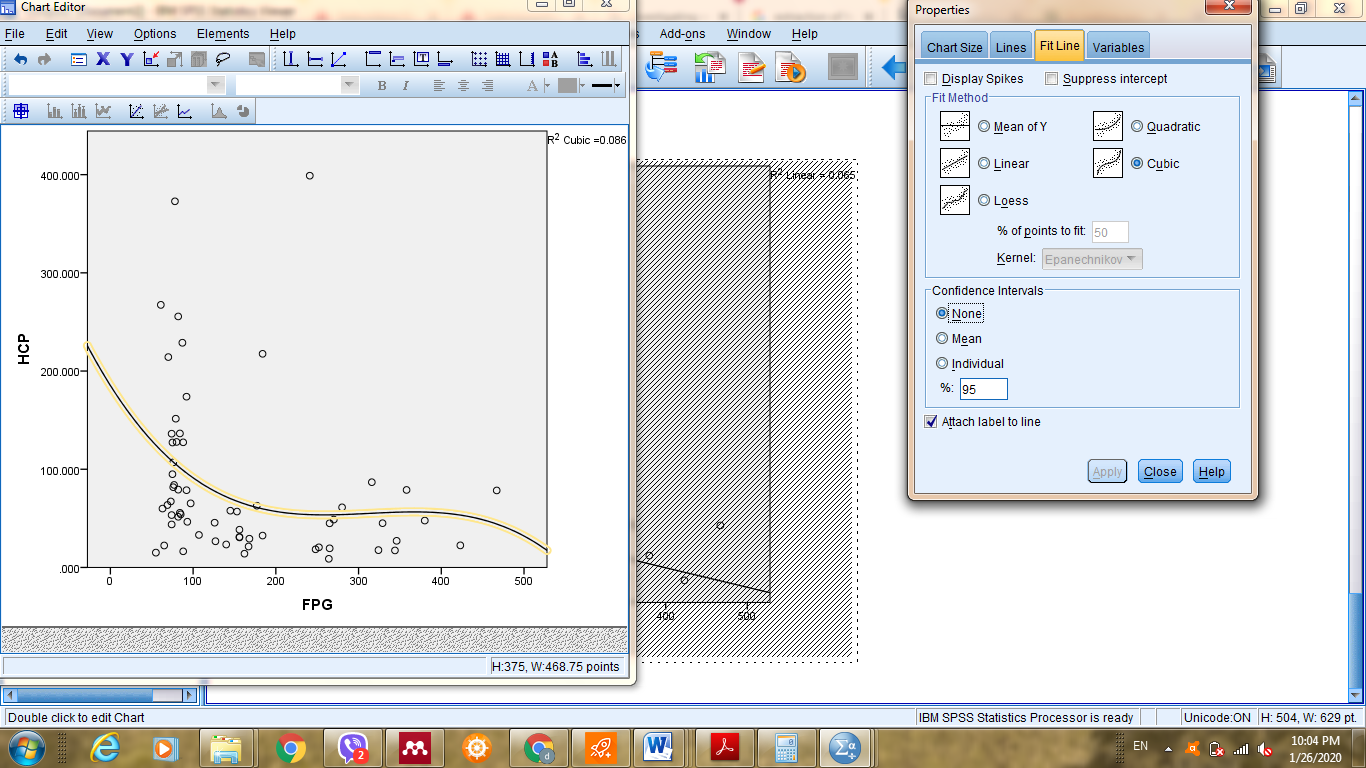 Yes and no, mostly no. Correlation asks for how strong the linear relationship is between two variables. Although a cubic fit to data may be more explanatory than a linear one, that does not mean that we can extract a better correlation from a cubic, not directly anyway. For example, for a cubic under the conditions of relative monotonicity the linear term (proportional to $x$) and cubic term (proportional to $x^3$) are more related to correlation in some transformed coordinate system, and the squared term (proportional to $x^2$) often less so. However, that argument would likely be rejected if it were, for example, included in an article for publication because such methodology has not been characterized, and more direct approaches for obtaining improved correlation are available.

More typically, to extract a better correlation from data one would either 1) do significance testing of a Spearman's rank correlation or related non-parametric test (like Kendall's $\tau$). Such tests, since they are rank tests, and since the data shown are approximately monotonic, would give a test of significance under the assumption of monotonicity. However, more appropriate would likely be to 2) transform the coordinate system so that the plot is more linear, which in the case of the data shown could be log-log transformation or reciprocal plotting. However, this requires trying a number of transforms to see which is best at rendering the plot more linear. Even after transformation of coordinate systems, Spearman's rank may be more appropriate than Pearson's correlation, such that both could be tried.

Not the answer you're looking for? Browse other questions tagged spss linear scatterplot cubic or ask your own question.

2
How to show that there is no relationship
1
When the regression line is not linear
2
Apparent Contradiction in Inverting Linear Regression
0
Negative correlation not significant ? How do i interpret it?
0
Interpretation of scatterplot of rank of variables
0
How to figure out the direction of a Generalized Linear Model?