I am implementing some of the basic reinforcement learning algorithms but ran into a problem with an online (one-step TD) A2C implementation where my reward seems to decrease over time instead of increasing (light blue in below picture).

I already implemented REINFORCE (offline, dark blue) and a Q-Actor-Critic (online with one-step TD, red) algorithm that both seem to work fine (no baselines, though).

The mean_episode_reward is calculated by running the policy 100 times in a simple, static 5x5 grid world with two terminal states that reward +1 or -1 and a discount of 0.99 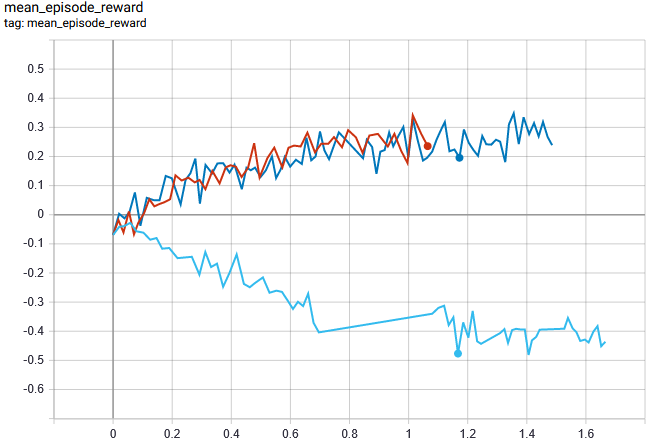 I used a single-layer feed-forward neural network for REINFORCE and Q-AC for the policy and added a second head for A2C, now: 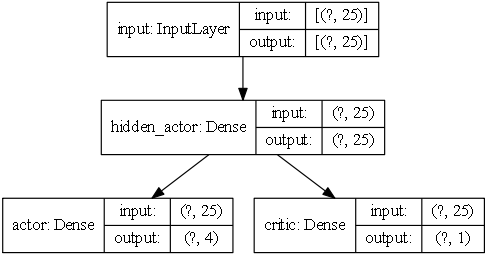 The training cycle is quite simple, where I get predictions for each action and the state-value from the model (for a state s), pick an action, collect a reward and get new action- and state-value-predictions. These are then used to calculate the advantage (one-step TD), i.e. $advantage = reward + discount * v(s') - v(s)$. This is then used to calculate the loss for the actor and critic which is then added (actor_loss + 0.5 * critic_loss) and fed to the gradient tape:

I don't know where I'm stuck as I would expect my implementation to maximise the reward, not minimise. I would highly appreciate any hint.

Edit: yes, when multiplying with the negative advantage the performance does improve - it's just not what I expected to happen.

Browse other questions tagged reinforcement-learning tensorflow actor-critic or ask your own question.

1
Getting critics to recognize that two similar input patterns refer to the same output-performance relationship
2
Why is the discount term in the REINFORCE algorithm never used?
9
Actor-critic loss function in reinforcement learning
4
Reinforcement Learning - What is the logic behind actor-critic methods? Why use a critic?
2
Advantage term in A2C