Probability of drawing the unfair die

I am trying to solve the following problem:

There are 10 dice. One die is unfair; it always gives 3. All 10 dice look identical. You draw one of the dice and roll it 5 times. The resulting number is 3 each time. Calculate the probability that you have drawn the unfair die.

If all dice were fair, no matter which you take, the probability to get 3 would be 1/6. Now we have one unfair die, which should increase this probability. How to calculate this increase? Bayes' theorem says that:

All that's missing are the probabilities of picking a fair or an unfair die. Figure those out and put all values in the formula to get the answer. Can you take it from here?

I find it interesting to plot how the posterior probability of having picked the unfair die depends on the number of $3$s we got. Here is the plot: 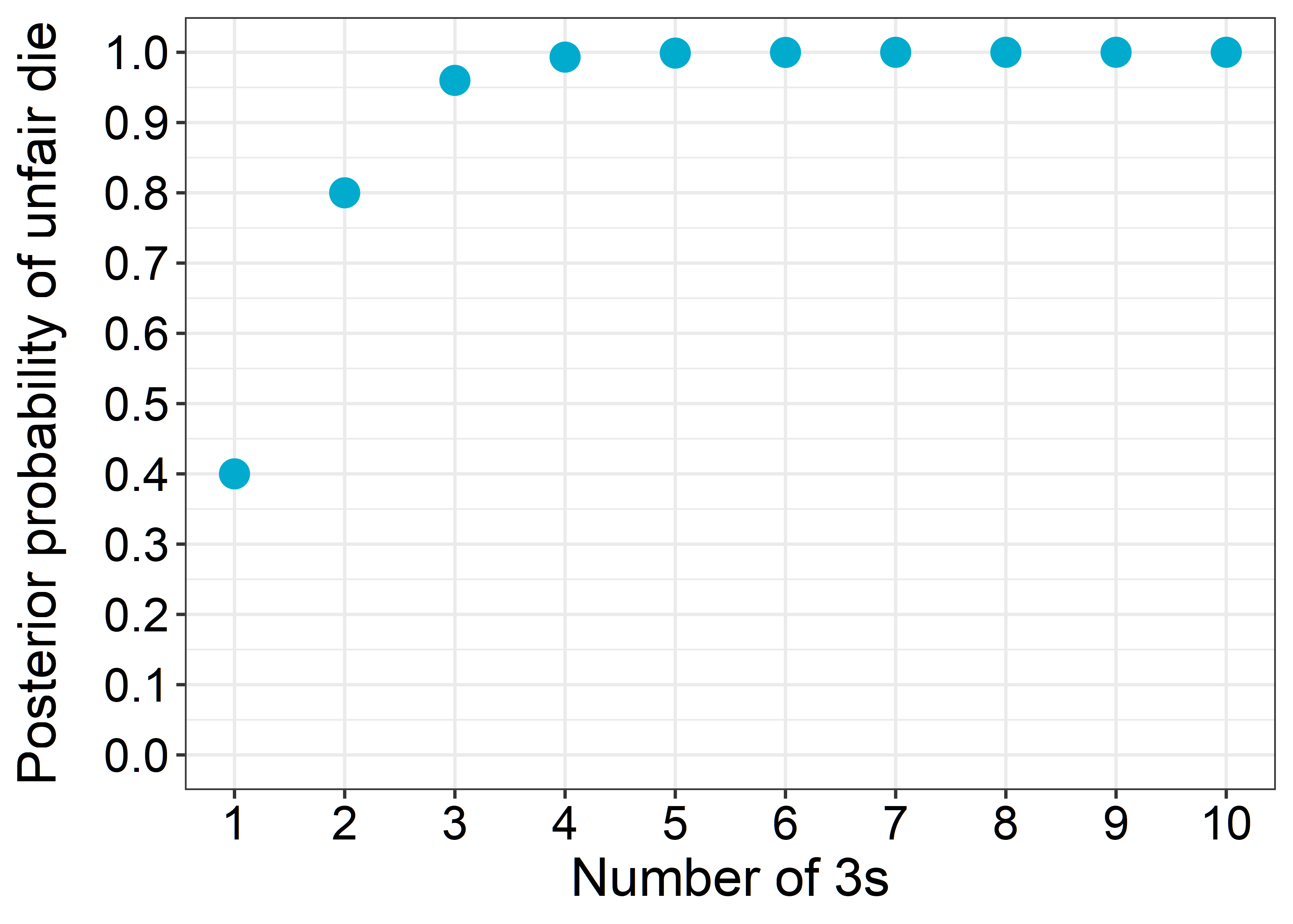 According to Bayes’ theorem:

0
Buckets of dice - Binomial probabilities of either event occuring
1
Error of empirical probability for unfair die
1
A bag contains 8 fair dice as well as two rigged dice with 4 dots on all six sides
1
fair and unfair Dice probability question
0
Rolling one die after another
4
Probability of a specific event when rolling a 6 sided die five times
5
Rolling a $6$ Sided Die
22
How many times must I roll a die to confidently assess its fairness?
1
Probability of getting a 6 on at least one die from a pair of dependent dice