I do have three variables (Var1, Var2, and Var3) for which I have conducted a two-tailed pearson correlation (see also picture below). 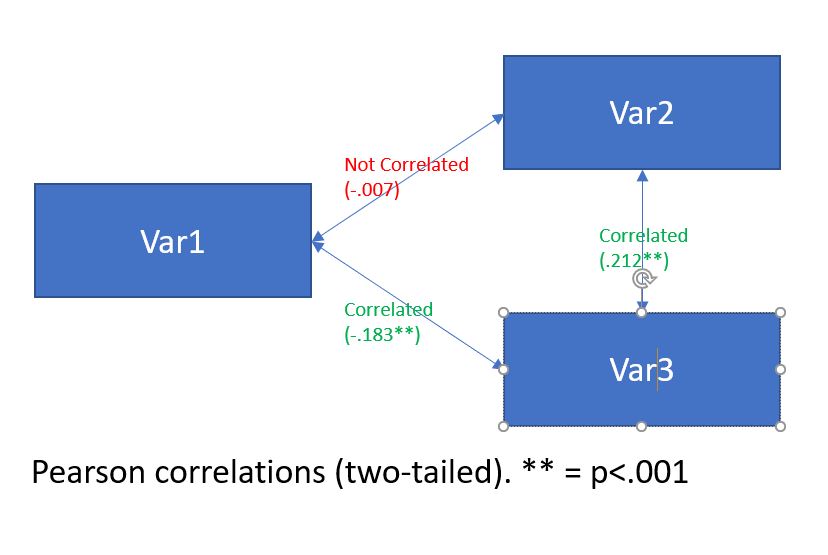 I am looking for a good explanation as to why:

Kind Regards and thanks for the help

Basil also presents an excellent plain-english explanation in this thread: If A and B are correlated with C, why are A and B not necessarily correlated?

64
If A and B are correlated with C, why are A and B not necessarily correlated?