Adonis formula with nested factor and time series and other metadata

I have a microbiome data from soil samples. I want to test the beta-diversity among different variables (such as time, soil depth, soil ph, cultural practices etc). The experiment looks like in the figure: 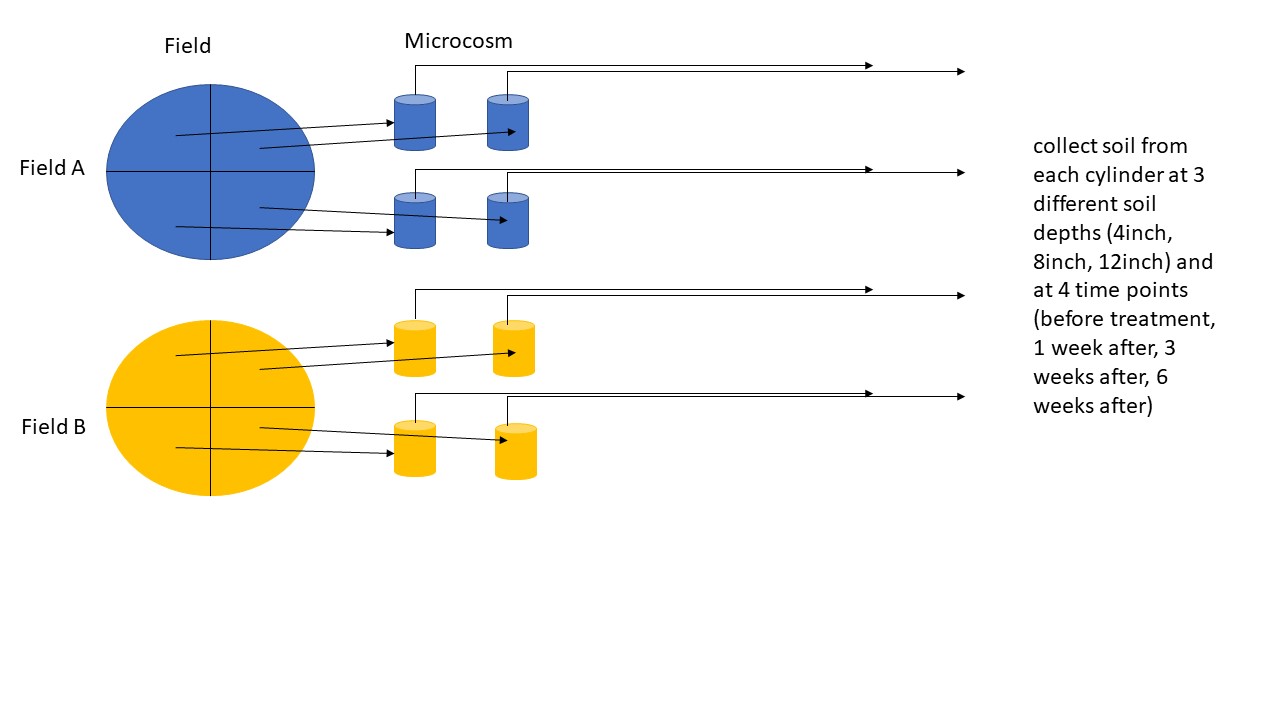 Fields were first clustered by kmean using their crop rotation history. At each cluster, a certain number of fields were randomly selected. Soils were collected at each field's four quadrants and put into each microcosm cylinder. Then we applied same treatment to each microcosm. At 4 time points (before, 1 week after, 3 week after, 6 week after), I collected soil at 3 different depths from each microcosm. In addition, for microcosm and field, we have metadata such as pH, cultural practices (organic, conventional, green), crop rotation, soil type, soil series.

To analysis beta-diversity of the microbes, I used bray-curtis to get the distance from OTUs, I would like to use adonis to test the differences influenced by the metadata:

my initial full model is

I am not sure if I am using a right test and if the model explained the design.

Browse other questions tagged nested-data or ask your own question.