Lasso and its dual: rates of regularisations

You can see this graphically as some ellipsoid surface (as the image below which I copied from this question).

So the first term in the cost function will approach some quadratic function of $\tilde\beta$ and the second term will approach zero. The lasso solution that minimises the sum of these terms will approach the true $\beta$ (The reasoning here is very intuitive but I am sure there is some reference for that). 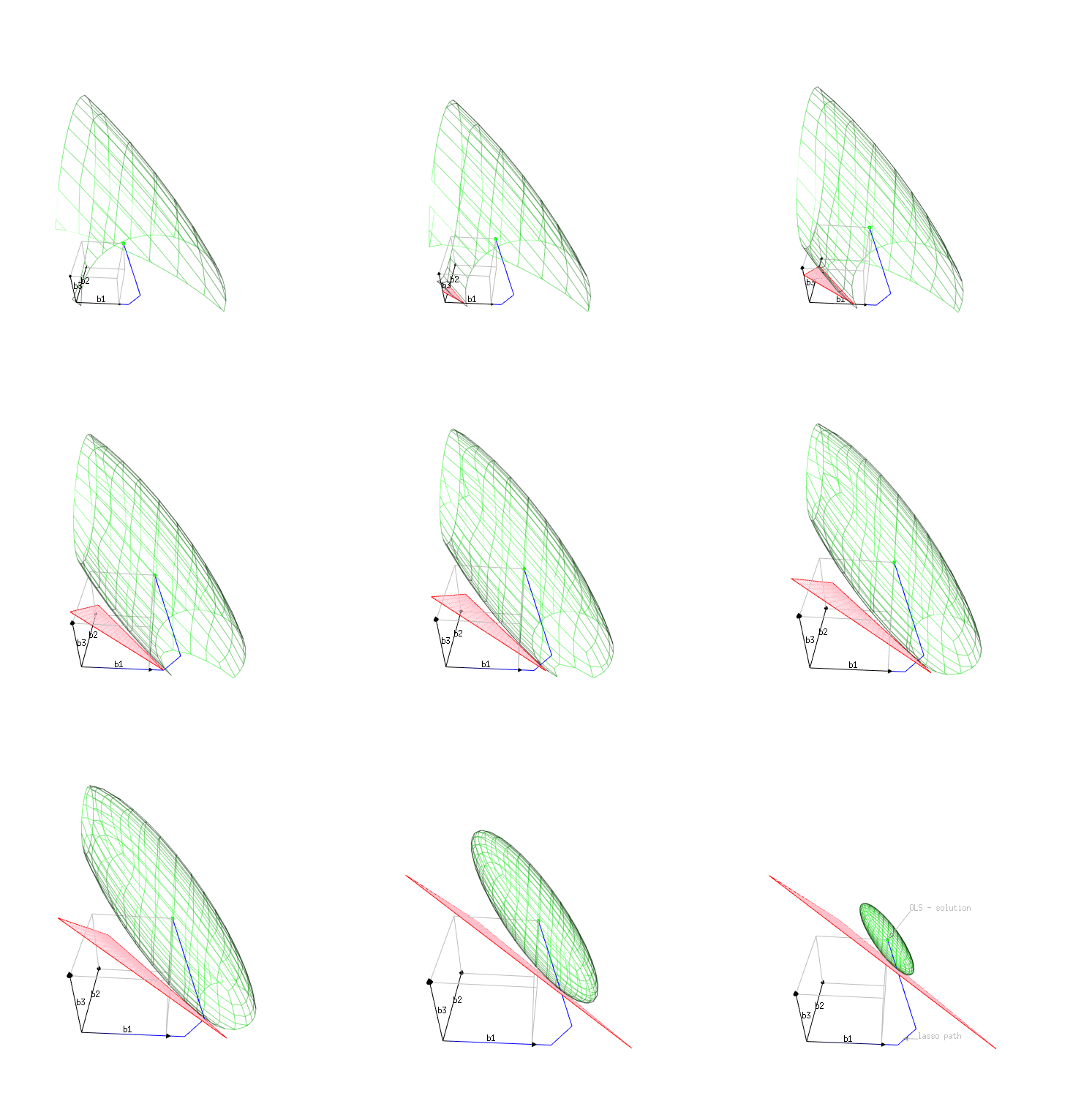 4
Why under joint least squares direction is it possible for some coefficients to decrease in LARS regression?

16
What is the smallest $\lambda$ that gives a 0 component in lasso?
6
Consistency of lasso
4
Signs of the lasso solution
4
strange result from fused lasso estimator
8
Lasso regression Mathematical intuition