Gradient map based on probability of incident

I have a binary classification model that outputs the probability of an instance belonging to the positive or negative class. I already have the probability threshold by which an instance will be classified as positive if its probability surpasses the aforementioned threshold. I want to use this model to display the likelihood of the occurrence of this event in a map with gradient colors such as the one in the image. A logical approach would be to paint in red those instances that surpass the threshold and in yellow those probabilities that are under the threshold but close to surpassing it. The question is, how much is near?. Is there any standard approach to define these gradients? Or is this a complete ad-hoc choice depending on how you want to display the data?. 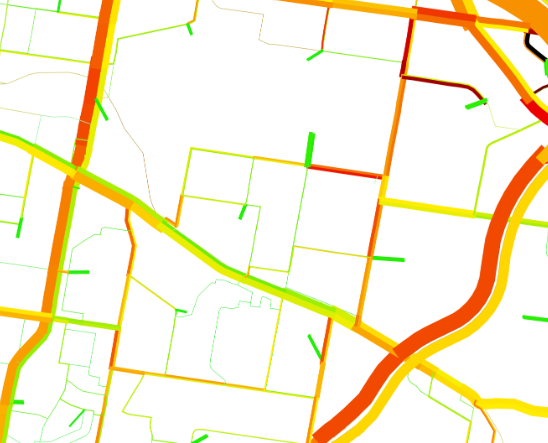 Browse other questions tagged probability forecasting gradient geostatistics or ask your own question.

2
Gradient in Gradient Boosting
0
Review: Gradient of loss function
4
Intuition behind gradient of expected value and logarithm of probabilities
1
Return Period and Probability