I am training a Conditional WaveGAN (1D DCGAN for audio) using WGAN-GP whose generator is of an auotencoder architecture. The network is trained to take an audio input, compress it, then decompress it into it's original waveform. I achieved reasonable accuracy after around 18 hours, but the reproduced audio quality was too low. So I left the network to keep training. However, after around 18 hours, the loss of both the critic and generator began violently oscillating at large magnitudes.

I have a couple of questions:

btw, I clipped the images, since some of the final datapoints reached a magnitude of ~1000. Also, the critic and generator had about 20 and 22 million parameters respectively. 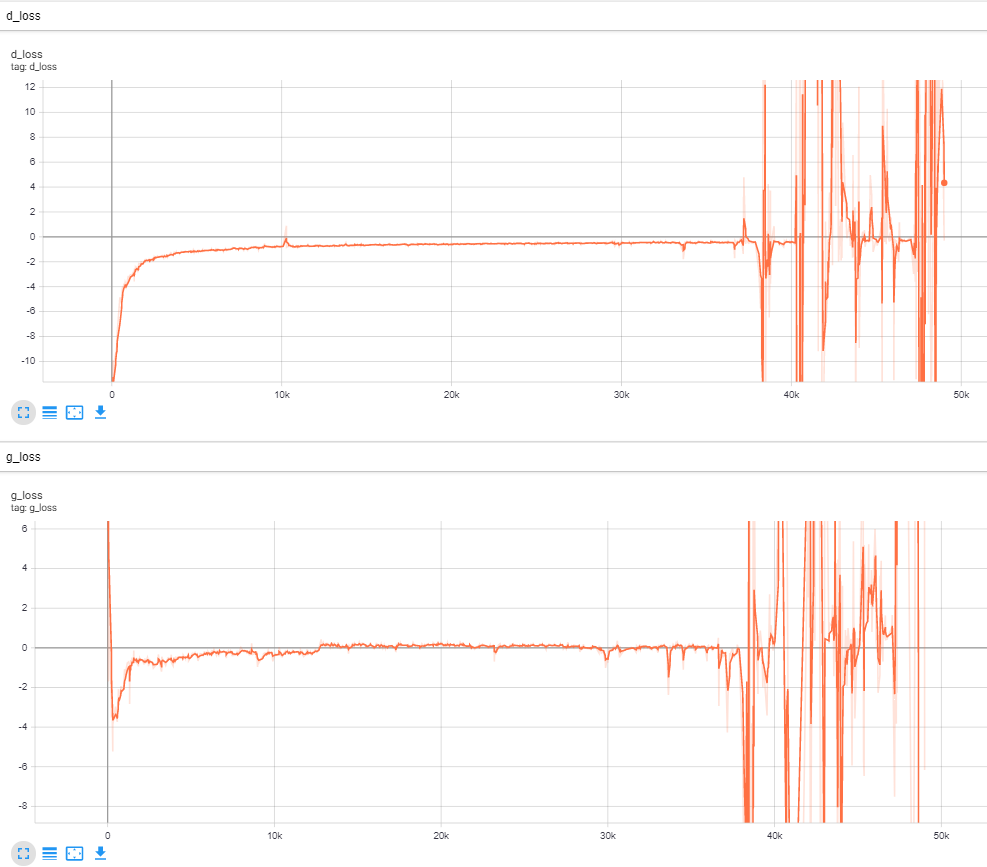