I have a general question about Bayesian inference which may help me solve a problem I have. It is best to illustrate this with an example. Inspired from this great post by AllenDowney:

In the blog post, we are computing the posterior after a match has been played. So, given a game where 4 goals were scored by a team, we compute the posterior for that team which is now shifted to the right.

What would we do if we wanted to update the estimate in real-time? So instead of computing the posterior after the game has been played, we do this every 5 minutes until we hit 90 minutes. So I am interested in getting a posterior for 90 minutes given the data after 5 minutes, 10 minutes, 15 minutes, etc.. I can think of two ways of doing this. Please help me understand what method, if any, makes sense:

Perhaps I am missing something basic here. I really want to understand Bayesian inference better but feel like I am not completely getting it. Thanks!

Ok, so from what I understand from the blog post...

Here, $y_i$ is the number of goals scored in a single game. To change this to the scale of 5 minutes, we need to do some arithmetic.

Now, $\tilde{y}_i$ is the number of goals scored in the $i^{th}$ 5 minute increment. Let's make sure this is indeed out posterior. Here is some python code to double check. I use pymc3 to sample from the posterior and then compare against my analytical result. 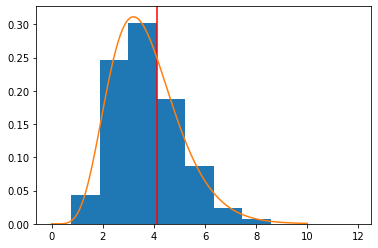 Here is a more concrete example. Suppose we observe the following over an entire game. 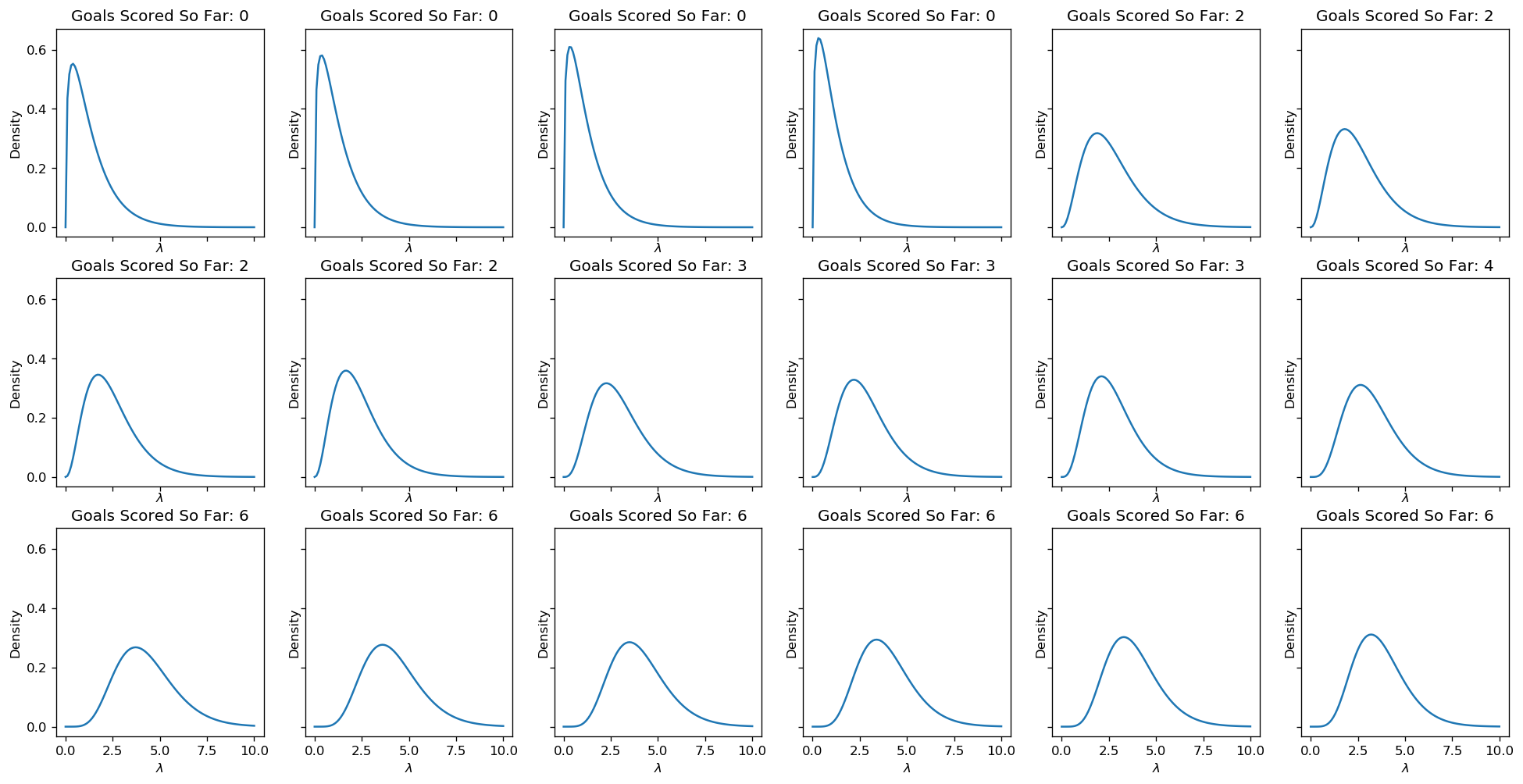 Not the answer you're looking for? Browse other questions tagged bayesian inference posterior or ask your own question.

6
Beta binomial Bayesian updating over many iterations
12
If a tennis match was a single large set, how many games would give the same accuracy?
0
What mathematically enables one to Bayesian update multiple times?
1
Relationship between mean and variance of samples
0
Optimizing Alpha and Beta Values for Beta-Binomial Model