Why does my Cullen and Frey Plot indicate a Beta distribution even though it is not a probability distribution?

I am trying to build a model that will estimate people´s willingness to pay for a certain good.

My dataset is comprised of more than 1000 observations and 30 variables. This is how my distribution looks like if I plot the frequencies of my dependent variable: 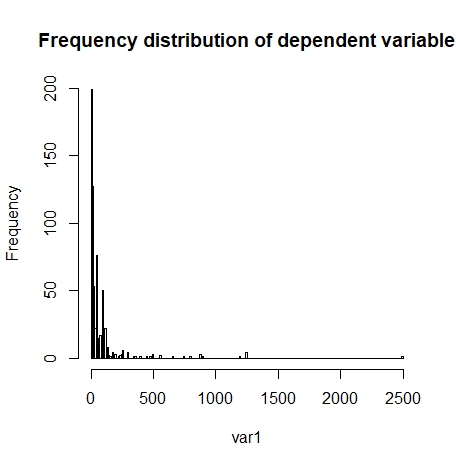 For better visibility for all values up until 1000: 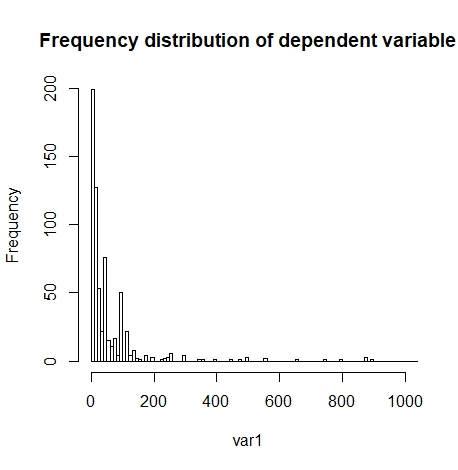 The values represent the price people are willing to pay for a certain good. As you can see, the willingnes to pay varies greatly. Some people would not even pay a single Euro while others would be willing to pay up to 2000 Euro. Now I want to model, what influences the willingnes of these people to pay something. I have collected a set of theory-based explanatory variables such as age and income ect.
As a first step, I have used the descdist function of fitdistrplus package in R to produce a Cullen and Frey Plot and see which distribution fits my data best and to start model building from there.
I have tried this with just my collected data and bootstrapping and the plot indicates a Beta distribution. 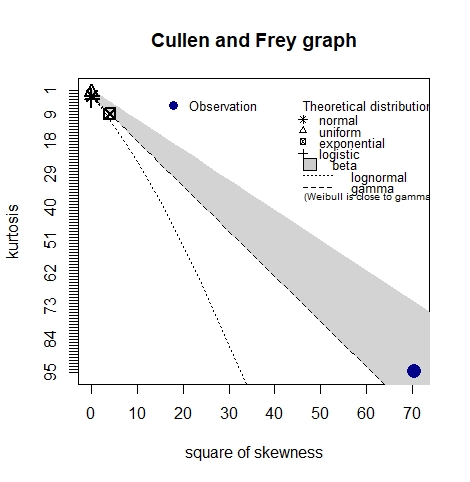 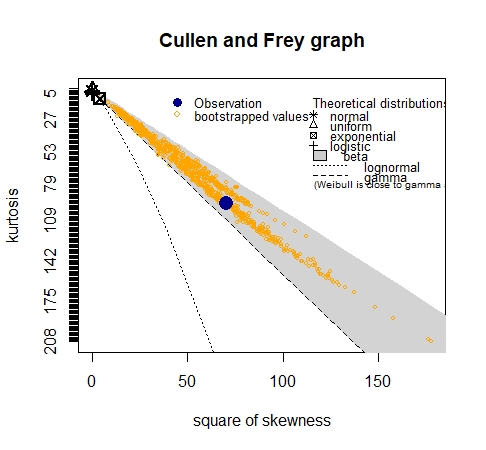 I am a bit puzzled by this since my data takes on values above 1 as it is not a probability distribution.
I do have a lot of true zeros which indicate people's unwillingness to pay for the good in question, but I also have values as high as 2000 €.

Does anyone have an idea what could have gone wrong and how to proceed from here?

You need to give more context for this question, preferably a plot of your distribution, what the values represent, and maybe (a link to) the data itself.

Note also that while the other named distributions in the plot are represented by lines (or even just a point, as the normal) the beta is indicated by a much larger region, hinting at the fact that it can represent far more different shapes. If you have a large spike of zeros, probably that must be represented as a point mass (look into zero-inflated models). For the positive part of the distribution, to study its form, just remove the zeros from the data, and redo the plot. Show us the result of that!

Not the answer you're looking for? Browse other questions tagged data-visualization modeling fitting beta-distribution beta-regression or ask your own question.