Can a confounding factor hide a possible causal relationship? (as opposed to find a spurious one)

I'm a rookie with statistics, and I'm struggling to understand this:

Rephrasing the opposite of a confounder: It is definitely possible that an unobserved variable yields the impression that there is no relationship, when there is one.

Confounding usually refers to a situation where an unobserved variable yields the illusion that there exists a relationship between two variables where there is none: 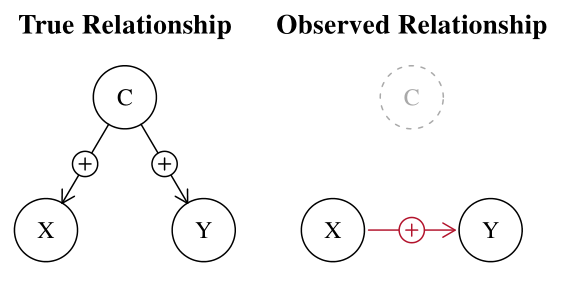 This is a special case of omitted-variable bias, which more generally refers to any situation wherein an unobserved variable biases the observed relationship: 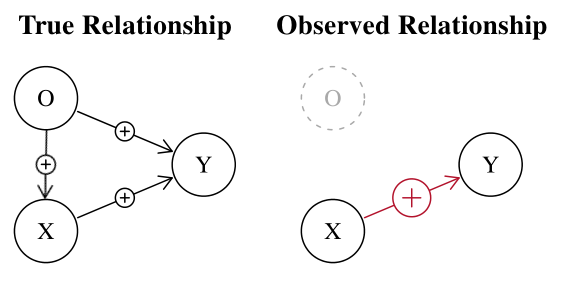 It's easy to imagine a scenario where this would have a canceling effect on the estimate instead: 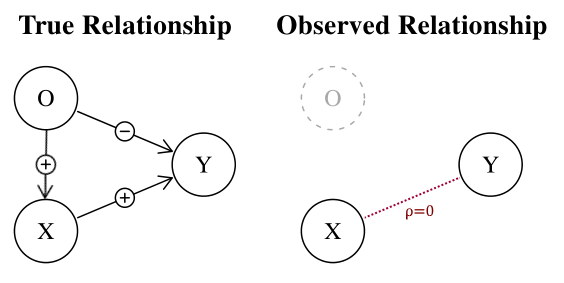 (I wrote $\rho=0$ for the illustration, but the unobserved relationship does not have to be linear.)

You could call this phenomenon omitted-variable bias, cancellation, or masking. Confounding usually refers to the kind of causal relationship shown in the first figure.

Following on existing answers, I wanted to give a concrete example. Imagine trying to figure out if the gas pedal affects the speed of a car. You observe how far the gas pedal is pressed and how fast the car is going at various times and see no correlations, so we conclude there's no causal effect between them. However, what we are missing is the fact that the car is going up and down hills and the gas often has to be floored when the car is going slowly up a hill. If we knew the slope of the road, we could control for that and find the true causal relationship.

This is an example of the last diagram of Frans's answer.

Here I will only answer if a confounding variable can hide correlation.

We have x, y and the group variable. The group information is represented as a color of the points. 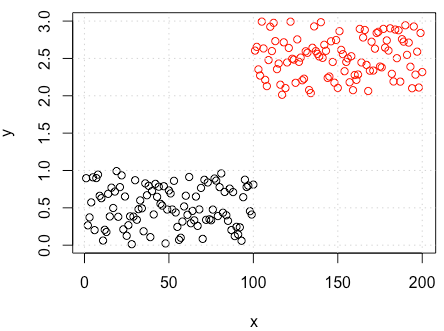 Not the answer you're looking for? Browse other questions tagged causality confounding spurious-correlation omitted-variable-bias or ask your own question.

4
Must there be "an effect to be mediated" in mediational analysis (i.e., must IVs & DVs be correlated)?
1
Can negative relationship between X and Y be spurious
1
Is linear regression possible to ascertain time is not a confounding factor on treatment outcome?