I recently ran into an issue interpreting the results of a cumulative gains chart I had developed for some binary classification model. The model had a very high Area Under the Receiver Operating Characteristic Curve (AUROC/AUC), greater than 0.85, but the gains chart looked like this: 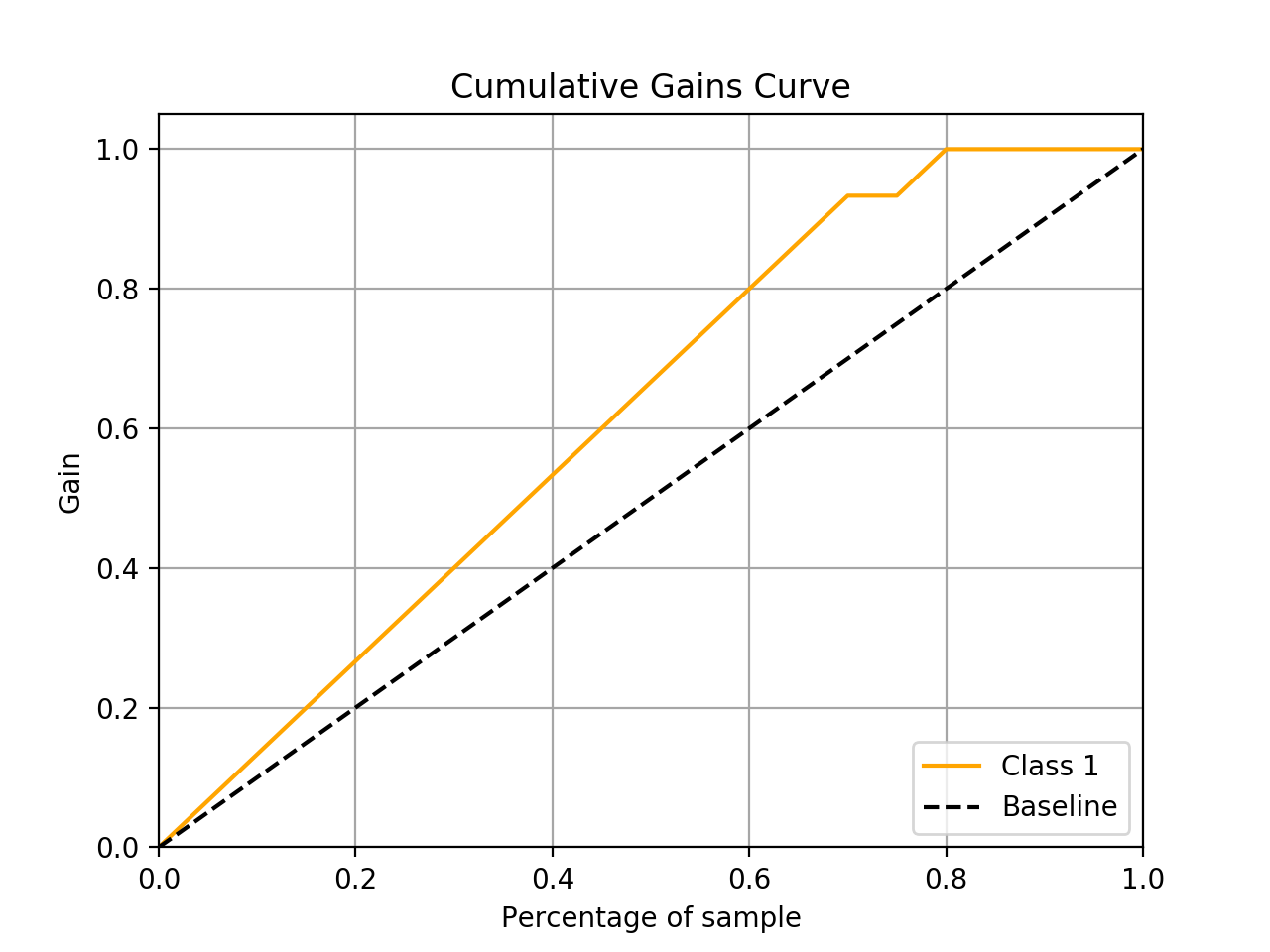 There doesn't seem to be much lift there, does there? Here is my dataset, where

Where is the disconnect between the performance I'm seeing, AUROC-wise, and this chart?

At first glance, there doesn't seem to be much lift. But upon further investigation, this is simply due to there being a lot of positive cases (75% in the sample) and the model being able to discriminate well between the two classes.

Looking at your dataset, it simply takes a lot of deciles to show a lot of separation between the built model (as represented by target_pct) and a random model (random_pct). With so many positive cases and the model being able to separate between the two classes well, it makes sense we wouldn't be able to capture the vast majority of positive cases in just a few deciles, as we often see with other modeling exercises. With only 2 observations per decile (in this example) and 15 positive cases total, even if our model was able to perfectly rank true 1s ahead of true 0s, it would still take until much lower deciles to show just how much separation there is between the positive and negative classes.

And that's the kicker: these metrics are shown for the positive class only. We aren't seeing the story as it pertains to the negative cases (which, in many cases, we may be more interested in). Let's see what happens if we plot a lift chart, including lines for both the positive and negative classes: 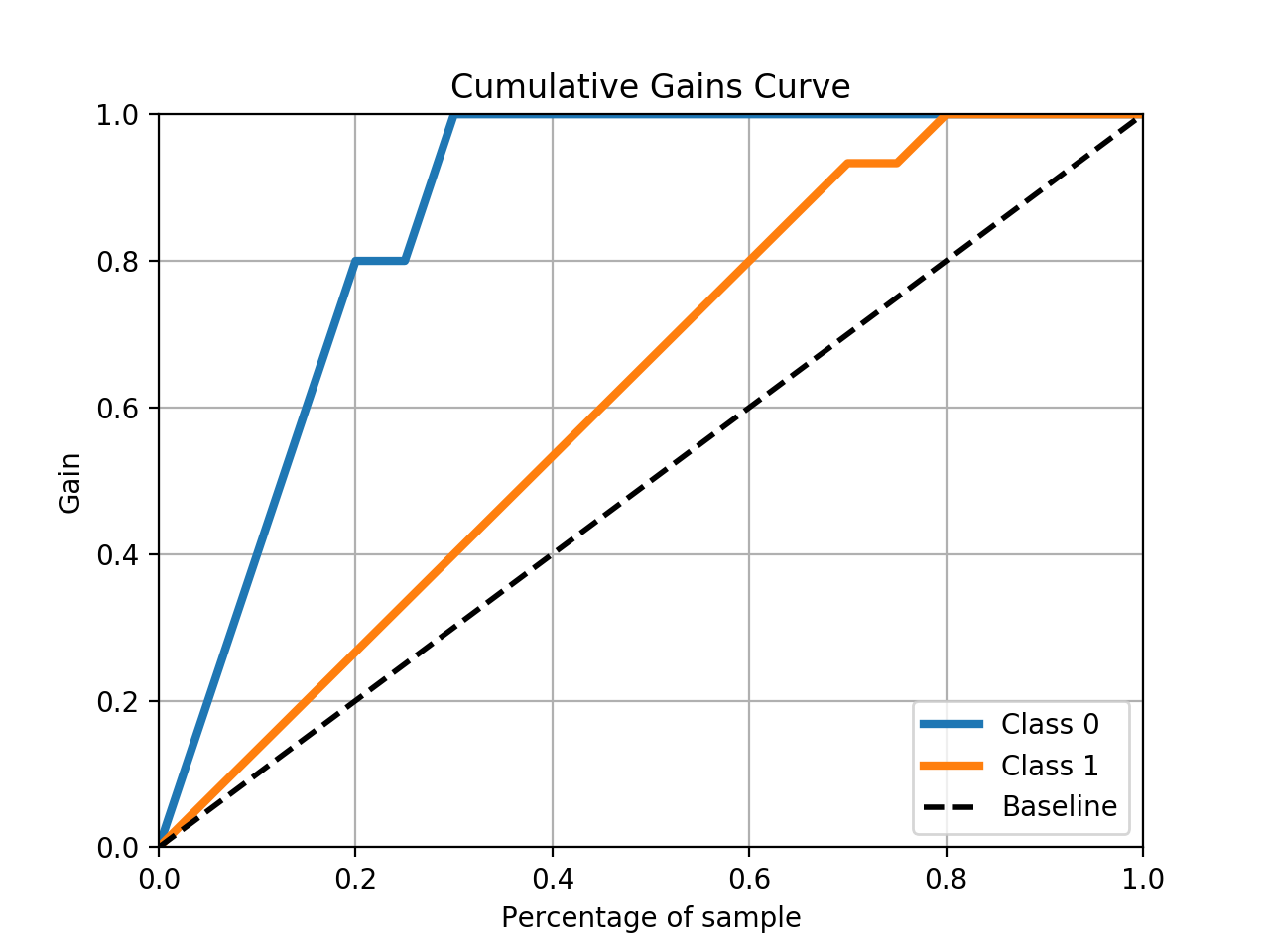 Not the answer you're looking for? Browse other questions tagged classification model-evaluation or ask your own question.