Should I use OLS of fixed effects for this model for estimating level of immigrants? 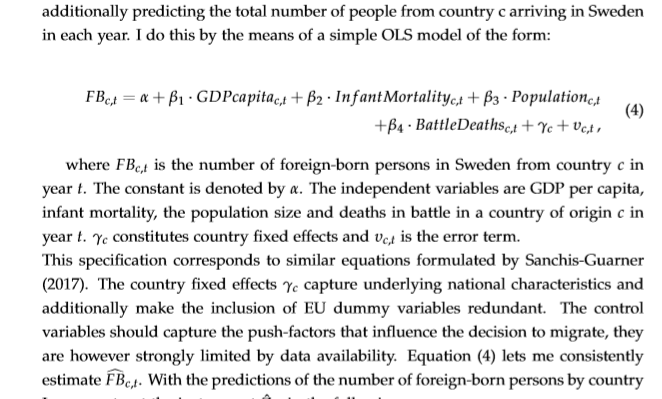 I'm trying to estimate this model on immigration levels I found in a paper and I'm not sure if they used OLS or fixed effects, it says that its a simple OLS but then mentions adding the country fixed effects. can someone help?

r least-squares fixed-effects-model
Share
Improve this question
asked May 10, 2020 at 23:27

OLS can definitely have fixed effects. Fixed effects here just means indicator variables for countries are in the $X$ matrix for OLS.

Not the answer you're looking for? Browse other questions tagged r least-squares fixed-effects-model or ask your own question.

-1
Should I use OLS of fixed effects for this model?