How to represent the bias node in simple MLP?

I have a simple 2-2-1 fully connected network, which I suppose means it does not include bias nodes since you don't connect bias nodes at every layer. I have two sets of weights for each layer W2: (2 x 2) and W3:(1 x 2) and I only perform forward propagation using them. For backprop, I also only update these two sets of weights, like so:

I have tried including a third feature ($x_{0}$ as an array of 1s) and $w_{0}$ as the corresponding bias, but this messes up the dimensions. Specifically, Z2:(2 x N) where N is the number of samples, whose dimension does not match with the dimension of np.dot(self.W3.T,delta3), which is now (3 x N) and I can no longer take their Hadamard product without appending an artificial row of 1s for the bias node (shown below in red) to $z_{2}$, to make it (3 x N), which seems like a terrible way to me. 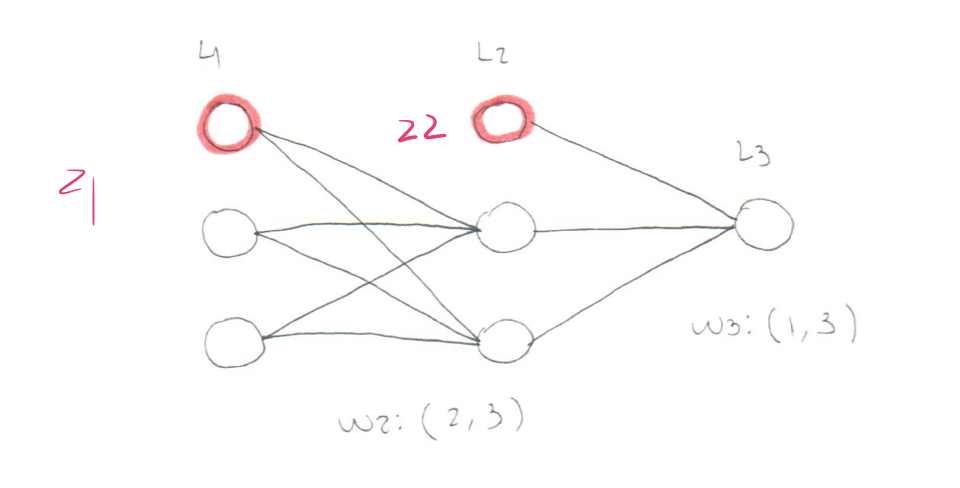 Is there a better way to include the bias? For instance, just adding it to $z_{3}$ during forward propagation like so:

But then how would I update it during backprop?

Browse other questions tagged machine-learning neural-networks python backpropagation or ask your own question.

1
How to initiate bias node in a restricted Boltzman machine
1
Updating of Filters in CNN
2
RNNs: backprop loss from just the last time step or every single one?
0
How can I combine a particular loss function into a DNN with another loss/objective?