A method to separate classes while taking variable dependence into account

I have posted a question related to this problem over a year ago and we still were not able to figure this out.

We have two groups, A and B that we want to train on to separate them. Both have numerous observations of "text" so for example:

Notably, our original datasets are much larger, with around 4,000 observations for A (with really specific patterns) and around 20,000 for group B. We want is a model that sees things like:

We tried LDA now (after converting this data to binary vectors), however, this would score each letter independently. To illustrate if group A would have two subgroups:

and both are not common in group B then a method like LDA would also score position1 = A (sub1) + position15 = B (sub2) extremely high even tho they are actually part of different dependencies within group A, so we are looking for an alternative taking care of such dependencies when differentiating groups.

We really hope someone here can help us out!

To explain the dependencies better as asked by @carlo I made a grossly simplified example: 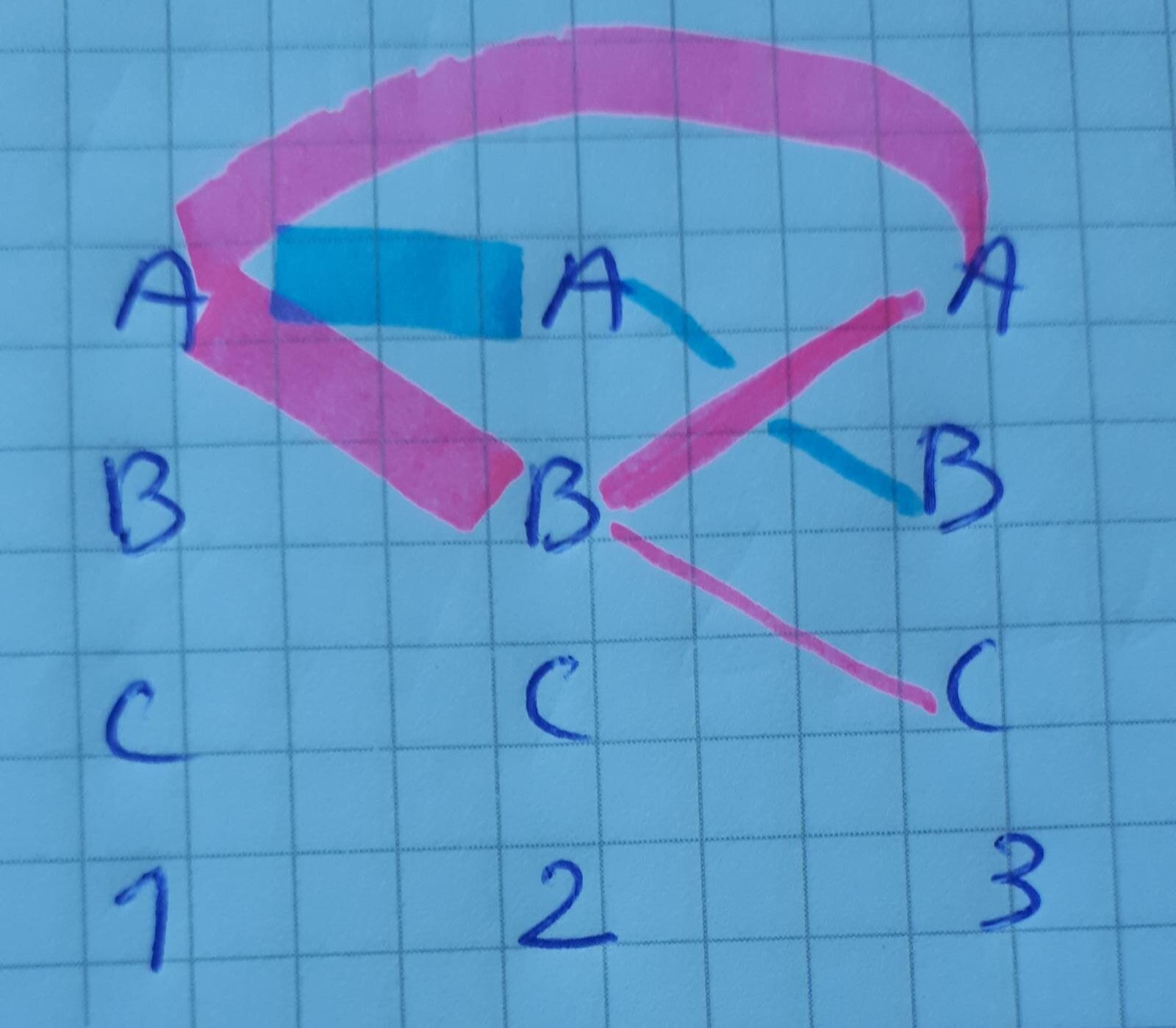 For pink we see that:

For blue we see that:

classification model group-differences supervised-learning
Share
Improve this question
edited May 31 '20 at 10:28
KingBoomie
asked May 22 '20 at 19:14

Browse other questions tagged classification model group-differences supervised-learning or ask your own question.

1
R: Is there a method similar to PCA that incorperates dependence

6
Train a SVM-based classifier while taking into account the weight information
1
Using regression for pairwise choice
1
Are neural networks able to separate these classes?
0
What method can I use to account for differences in group means?
7
Why does t-SNE not separate linearly separable classes?
2
Using separate models to predict unbalanced classes