I have the following dataset mices.dat:

Here are some descriptive stats for two groups:

As you can see interquartile ranges doesn't overlap at all and absolute difference in means is big too. I've even plotted the following boxplot: 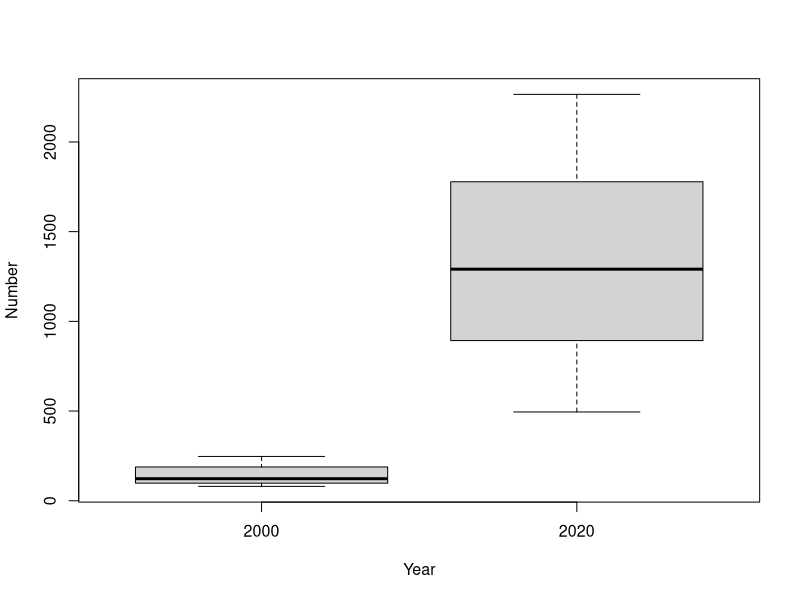 I'm trying to perform t-test to find if there are any significant differences between means in two groups. I've done normality test (and it looks good) followed by F-test (which is good too). But both unpaired two samples t-test and Mann-Whitney U-test gives me weird result that means are equal! The whole R script is here:

I don't know why I'm getting this result. I suspect that this can be related to small sample sizes. So my question is: am I doing something wrong in that situation? If so, what is the proper way to present results? What kind of tests should I use to get some meaningful results?

It's obvious that these groups are different even from looking at summary and boxplot, but formal testing says opposite...

The t-test is right. Here's a dotplot, which gives a different impression from the boxplot, because it highlights the tiny sample size 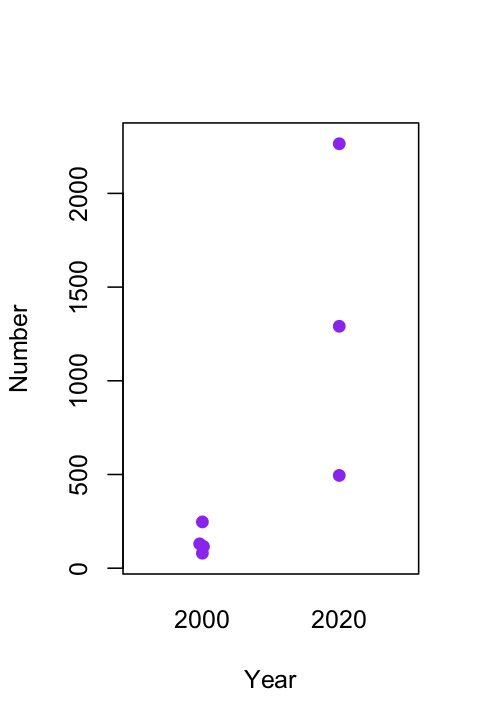 The true mean of first group must be close to 143; the second group has a large variance and only three observations, so you can't rule out its mean also being close to 143, or even lower.

(The Shapiro test is misleading because it has essentially no power with three observations: it is never valid to conclude the null hypothesis is correct just because the $p$-value is large)

If you take a log transformation of Number you get

There is modest evidence that the means of log(Number) differ, because you're now explaining the higher variance in the second group as due to a variance:mean relationship.

Since monotone transformations do not affect the Mann-Whitney-Wilcoxon test, you'd expect there to be some transformation that makes the t-test agree fairly well, and log() seems to be it.

Not the answer you're looking for? Browse other questions tagged r t-test or ask your own question.

1
Statistical comparison of two means with a range not starting at 0
2
Test difference between samples with very small sample size
4
Two-Sample t-Test for Equal Means with unequal variances for large samples
1
How to test amount of differences in T-test in R for large samples?
5
What test should I use for two groups of different number of measurements and low number of samples?
0
How to interpret results on different t-tests for the same samples?