So typically I would have no problems with such interpretations. But my design is a little complicated so would appreciate any insight into this.

The problem here is - there are already baseline differences between groups at Time 1, which makes effects at Time 2 a little hard to interpret. To deal with this, I modelled Block (block 1 is before transitioning and block 2 is after) as a factor in my model as follows: ResponseModel1 <- lme4::lmer(response ~ f_transition*f_manner*f_block + (1 | id), data = aggrdata, control = lmerControl(optimizer = "bobyqa", optCtrl=list(maxfun=200000000)))

The two-way interaction shown below is significant, but the three-way is not. The two-way seems to suggest that the difference between the poor to rich, and rich to rich groups is only significant in the luck condition. However, is this two-way interaction misleading because there are already baseline differences in groups at Block 1? What would be the best way to interpret this? Should I only look at the three-way? 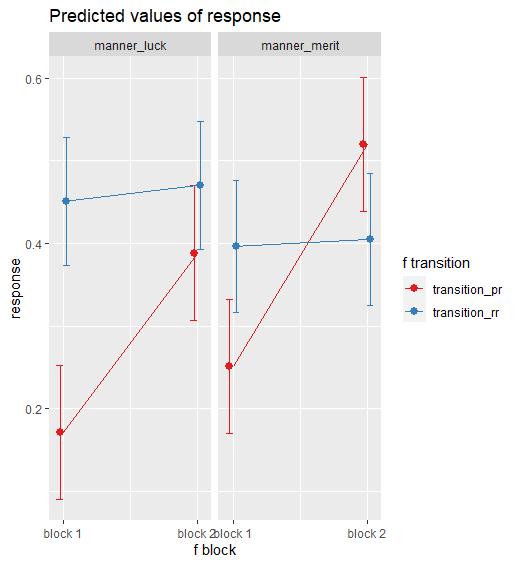 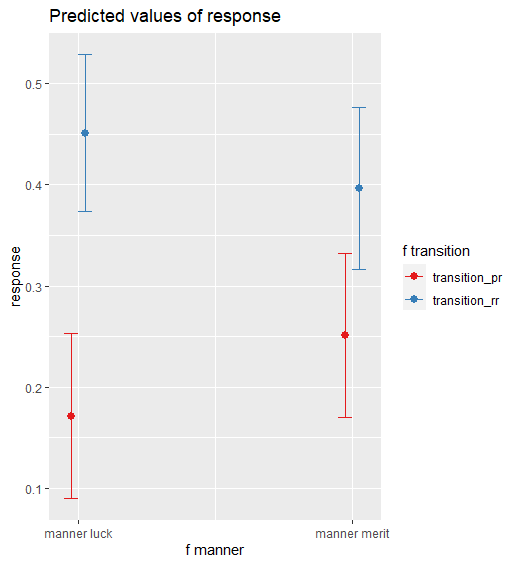 Browse other questions tagged interaction or ask your own question.