How to productionize a k-fold target-encoded feature?

I am attempting to build a model that has many predictors which are both categorical and large in cardinality. Target encoding looks to be a good solution for including these features, but I'm unsure of how to productionize the mapping if k-fold target encoding is used to avoid overfitting as described below: 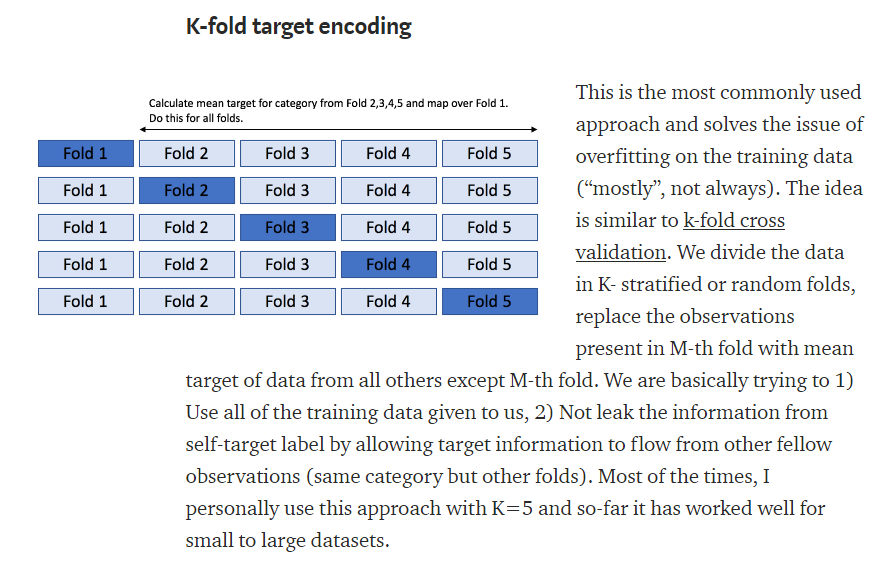 Say 5 folds are divided at random; each category in each feature will then have 5 means in the training set. How do I decide which value to map to in production? My only thought is that the folds should be divided deterministically; then in production, we have a mapping for each fold definition - then each event that runs through our production model will have its fold calculated in realtime and mapped according to that value?

Note that they also fill missing values with the global mean of the target.

Edit: I wonder if it could be useful to average together the results of the K encodings, rather than re-training a single encoding on the entire dataset.

Not the answer you're looking for? Browse other questions tagged feature-engineering categorical-encoding many-categories or ask your own question.