I am trying to analyze a dataset using number of flowers as response variable and the interaction between two treatment variables (categorical with 2 and 3 levels) as covariates. I also have a random effect, which represents different areas where the data were collected. I run a mixed-effect model with a Poisson distribution:

In this way, I solved the underdispersion problem:

But not zero-inflation (although it's better, see first figure -Poisson- vs second figure -generalized zi Poisson): 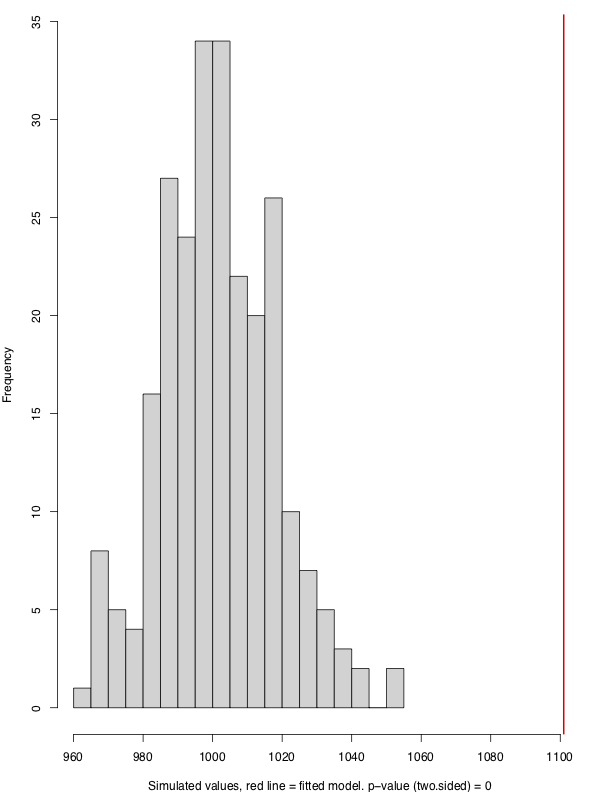 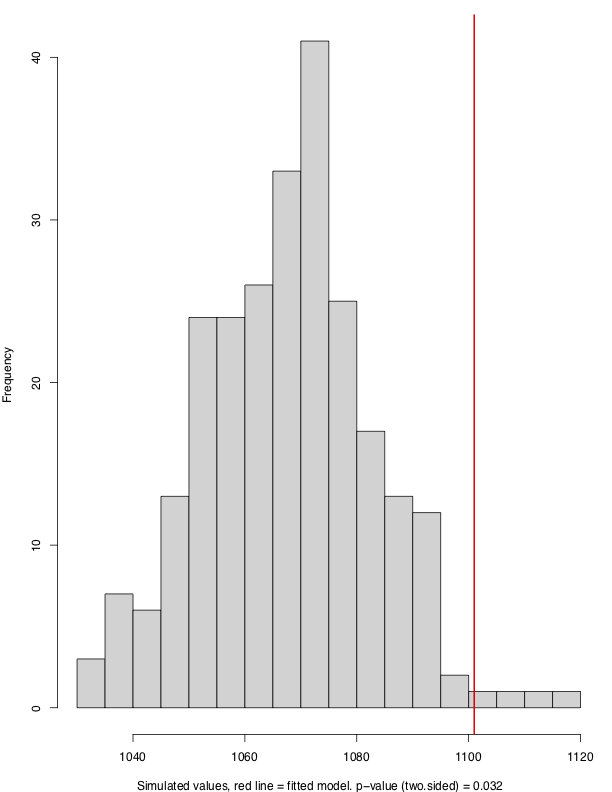 I am not sure what to do next. I found another post asking a very similar question, but the user didn't have problems with underdispersion so one of the suggestions was to run the same model with the GLMMadaptive package. I saw that GLMMadaptive doesn't include generalized Poisson, which I think I should use. Does anybody have any advice on how to proceed next?

I'm the developer of DHARMa. This is a fairly specific question and it's hard to say definite things from the distance, but I would like to supply a few thoughts:

Not the answer you're looking for? Browse other questions tagged glmm count-data zero-inflation underdispersion or ask your own question.

2
What approach can I use to analyse zero-inflated, overdispersed, count data with very low replicates and a nested random effect?
4
Can you use glmmTMB to simultaneously model offsets and zero-inflation?
0
DHARMa diagnostics: testDispersion and testZeroInflation interpretation
0
interpreting residual plots for zero-inflated linear mixed model
4
Selecting between a zero-inflated binomial, OLRE and beta-binomial model
1
DHARMa testZeroInflation: how to interpret output?