What does it mean if the distribution of the scores given by a classifier change over time?

I´m currently learning about how to determine if your model keeps performing well or has degraded (particurlarly, for classification problems). My question is, what kind of info can I derivate if I know that the distribution of the scores has changed substantially? 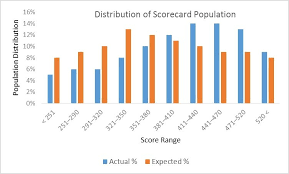 This is sometimes called "concept drift:" when you're developing the model and deploying it, the scores do a nice job of matching the true values, but over time, the scores and true values start to diverge.

Concept drift arises in lots of contexts that have a time component that is not explicitly modeled. For example, new malware will be invented to evade detection, so a malware classifier using machine learning will need to be refreshed. It would be nice to have a model that automatically adapts itself, but solving that problem is a much harder task than just building a new model on some schedule.

I'm not sure that you can learn anything more specific from the observation that you're experiencing concept drift.

Not the answer you're looking for? Browse other questions tagged distributions classification monitoring or ask your own question.

15
What does truncated distribution mean?
2
What does it mean to bootstrap a classifier?
4
What does “a distribution over distributions” mean?
1
Is machine learning a viable approach to extract license references from source code files?
2
Waiting time distribution parameters given expected mean