A normally disturbed random number is generated using randn function in Python. The KS test and Chi-square test is performed to check if the generated numbers belong to a Gaussian (zero mean, unit variance) distribution based on p-value. Then, an offset of 0.01 is added to the generated random numbers and randomness test is performed. The idea is to find the difference between the correct randn and the offset ones using the KS and Chi^2 test.

Here is the code for the KS test. The bin size is fixed (10) for various size of random numbers and the offset is 0.01:

The p value of the KS test for both the cases are plotted in semi-log scale. 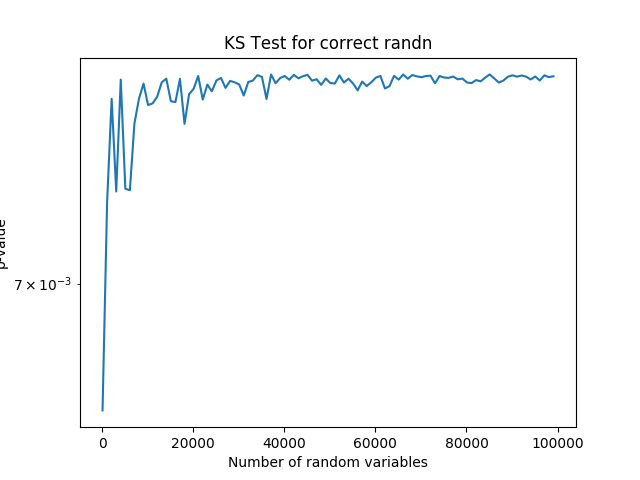 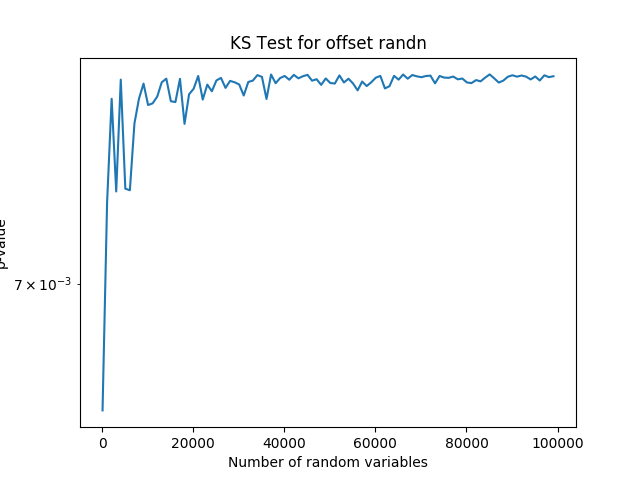 Not sure where I am going wrong. It would be a great if someone can help! Thanks in advance!

You do not explain your question in English, as much as in Python, of which I am not a native speaker. (It is possible you have a mistake in your Python code, and I'm not the person to help with that.) So perhaps I'm missing your main point.

Distinguishing between two normal samples, with a shift in one mean of only $\Delta=0.01,$ will take very large sample sizes and a test with potentially good power. Neither the K-S test nor a chi-squared test with binned data has outstanding power.

I believe a two-sample pooled t test would be ideal for detecting a small shift, when we know population variances are identical. Even so it will require a huge sample size reliably to detect a difference of $0.01.$

By contrast, here is a parallel simulation for the K-S test:

Without the $\Delta = 0.1$ offset, both simulations approximate the probability of rejection to be about $0.05,$ as is appropriate. 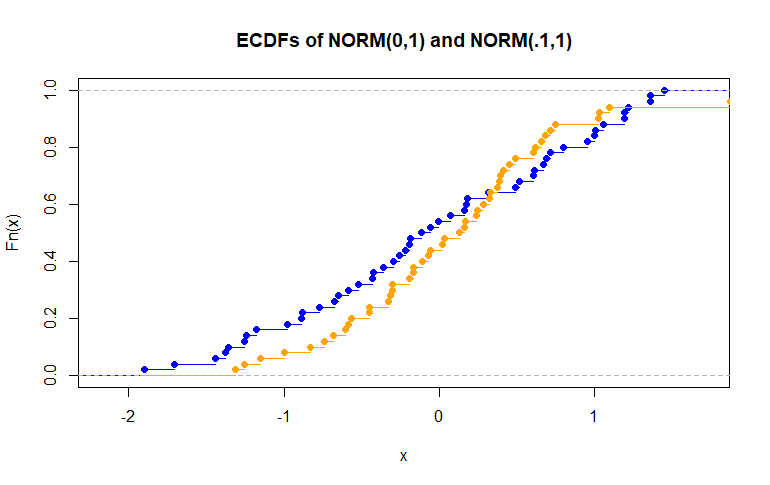 2
An inconsistency between the concept of "subindependence" and the chi-square test for independence?
1
Implementing chi-square in python and testing on scipy's poisson and norm variates
6
Difference between R² and Chi-Square
2
Analyzing the statistical independence of a Bernouli sequence
1
Why does the Pearson chi-square test require to reject the hypothesis?