Why do different divisions of the same text corpus result in different regressions?

I can divide the text into 80 smaller bodies of text ranging from 120-210 words or into 25 bodies of text varying in length from 50 to 1600 words. When plotting this this results respectively in the two following regressions. Actually one of them is a more zoomed in look at the same data. 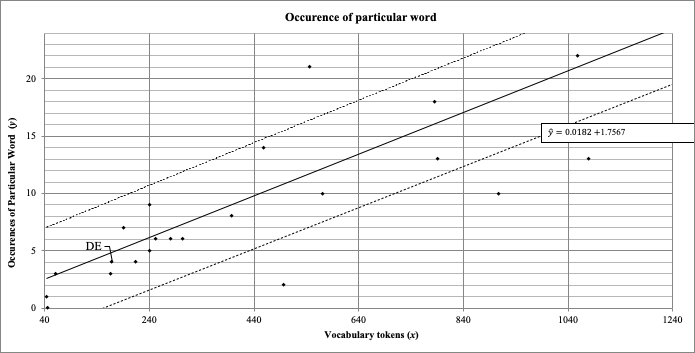 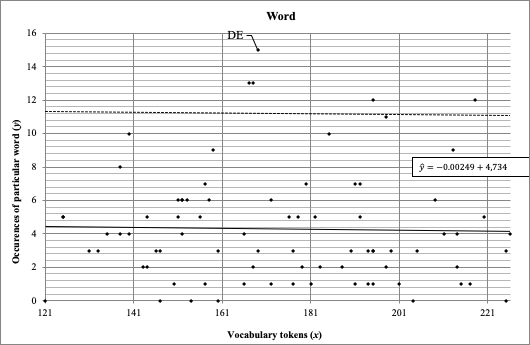 1
How can I calculate if the difference between two word frequencies in one corpus is significant?
0
Using different transformations and regressions in the same analysis
2
Linear Regression for Noisy Data
1
Why can 'linear' regressions include non-linear transformations of the independent variables?