Nonnormal distributions for a monte carlo simulation in Excel

My empirical (price-spread) time series data has a nonnormal distribution (see below) and it has no (partial)-autocorrelation. I am worrying about which distribution fits most to my data, but I think there is not a known distribution I could use. Please correct me here if I am wrong. Actually the huge amount of Zero Spreads is worrying me most. My idea was to create some sort of a empirical distrubtion function based on the (2 years) sample and use the distribution for randomness in a monte carlo simulation. 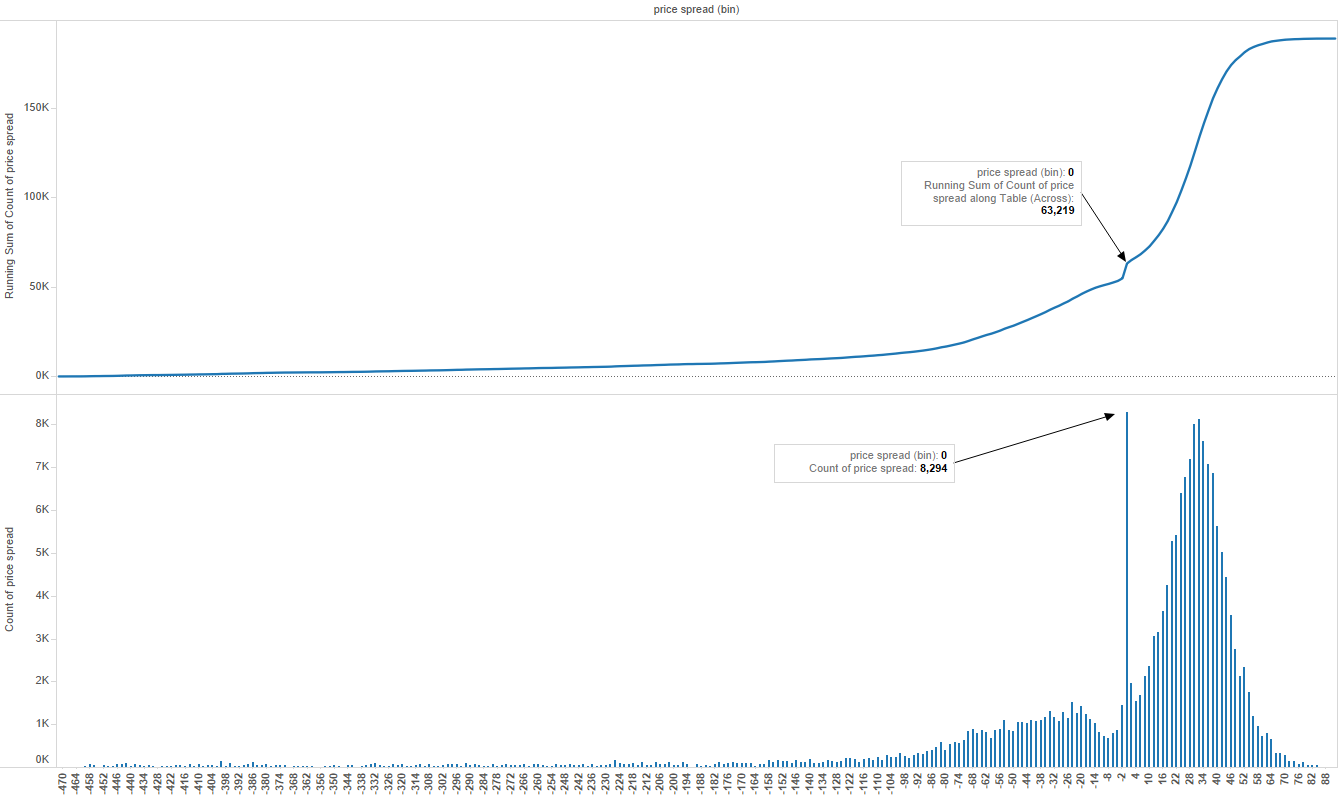 I initially thought your data might exhibit zero-inflation, but when you look a little more closely, you note that the two bars right next to the high one at zero are also higher than the ones farther out. It looks like the peak at zero is not a peak of strict zeros, but part of a very narrow normal distribution. (Or one with yet additional zero inflation.)

Your data looks really like a mixture: the hump on the right looks nicely normal, you probably have a narrower normal distribution around zero, and then something asymmetric on the left side, with a rather long tail - a flipped gamma might be a possibility to model this, though the tail does look rather long.

In R, you might be able to use the mixtools package, though I don't know whether it can deal with a flipped gamma. Alternatively, you might need to set up your own likelihood function to optimize. Using the empirical distribution in Excel sounds like a possible approach with less work. I don't know of any packages or functionalities implementing mixture distributions in Excel.

Then again, I am a little skeptical that there really is no temporal dynamics in your data. Have you looked at ARCH/GARCH models? Especially for financial series, the dynamics often don't happen so much in the time series itself, but in the variance.

Not the answer you're looking for? Browse other questions tagged distributions monte-carlo excel or ask your own question.