When I compare their histograms, they look like they are coming from the same distribution. Am I interpreting the test incorrectly?

On a side note, are there other measures of distribution that shows if they are similar? Histogram overlap? KDE overlaps? 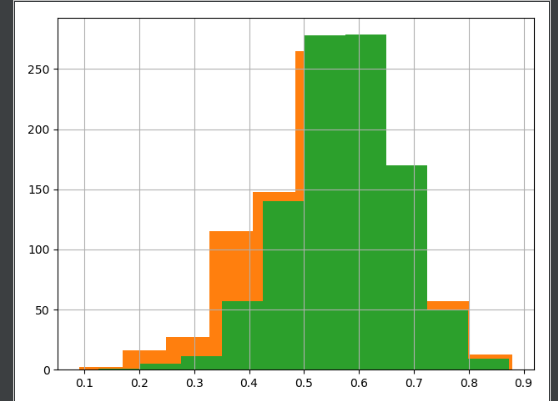 I can't retrieve your data from your histograms. So let's look at largish datasets from a couple of slightly different distributions and see if the K-S two-sample test can discern that the two samples aren't from the same distribution. [I'm using R.]

Here are histograms of the two sample, each with the density function of its population shown for reference. 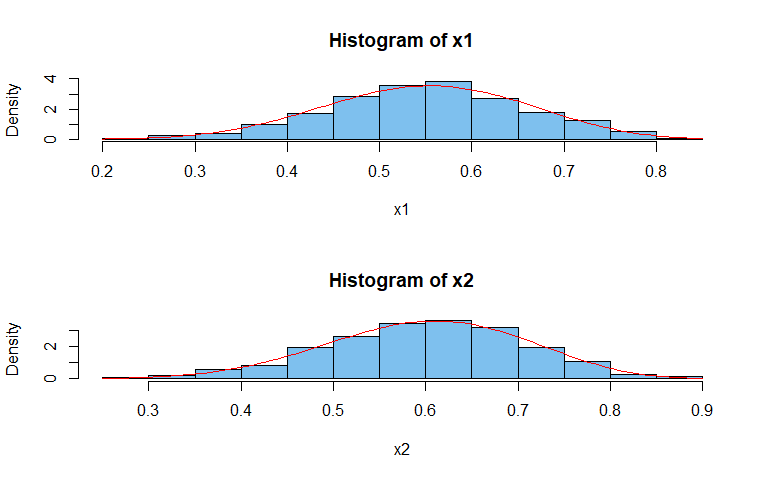 The test statistic $D$ of the K-S test is the maximum vertical distance between the empirical CDFs (ECDFs) of the samples. 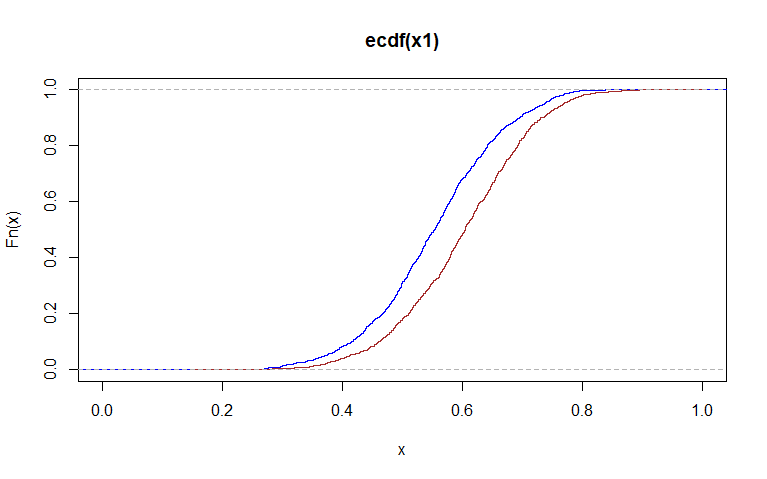 As seen in the ECDF plots, x2 (brown) stochastically dominates x1 (blue) because the former plot lies consistently to the right of the latter.

It looks like you have a reasonably large amount of data (assuming the y-axis are counts). The KS test (as will all statistical tests) will find differences from the null hypothesis no matter how small as being "statistically significant" given a sufficiently large amount of data (recall that most of statistics was developed during a time when data was scare, so a lot of tests seem silly when you are dealing with massive amounts of data). Assuming that your two sample groups have roughly the same number of observations, it does appear that they are indeed different just by looking at the histograms alone. For instance it looks like the orange distribution has more observations between 0.3 and 0.4 than the green distribution. That isn't to say that they don't look similar, they do have roughly the same shape but shifted and squeezed perhaps (its hard to tell with the overlay, and it could be me just looking for a pattern).

I should also note that the KS test tell us whether the two groups are statistically different with respect to their cumulative distribution functions (CDF), but this may be inappropriate for your given problem. For example, perhaps you only care about whether the median outcome for the two groups are different. You can have two different distributions that are equal with respect to some measure of the distribution (e.g. the median). Further, just because two quantities are "statistically" different, it does not mean that they are "meaningfully" different. That can only be judged based upon the context of your problem e.g., a difference of a penny doesn't matter when working with billions of dollars.

Not the answer you're looking for? Browse other questions tagged distributions python scipy or ask your own question.