I have two continuous variables (cfreq, and LanPro), and one catergorical variable (cond_aud, as shown in the picture). The summary of a lmer model shows a three way interaction of aud (EA and NoA) x LanPro x cfreq. I used emmip function to make an interaction plot, which shows that the difference between different levels of "LanPro" is smaller when "cfreq" is higher in EA than in NoA, but I am not sure whether my understanding is correct and don't know how to interpret this interaction and test the significance for the difference. Any advice would be much appreciated. 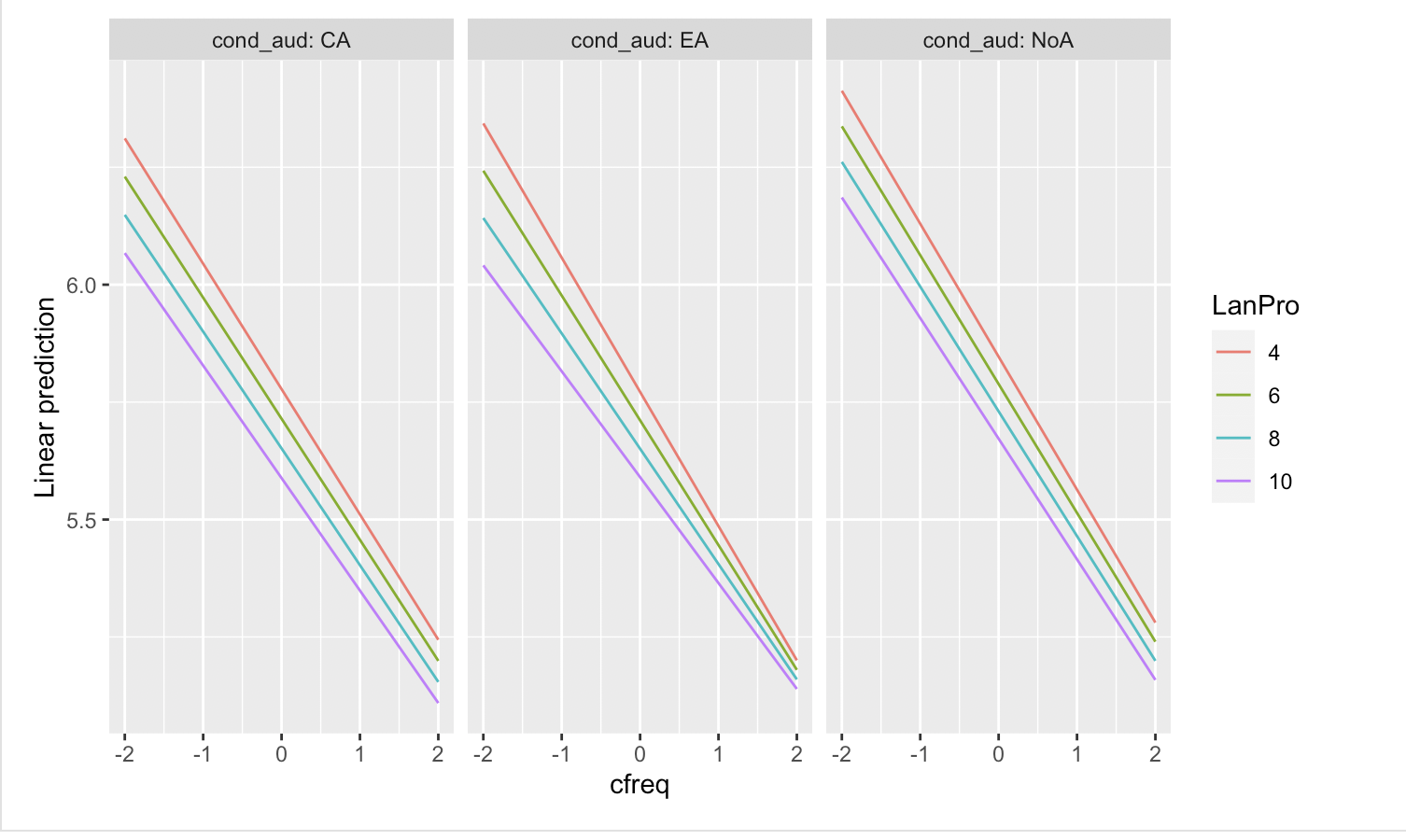 A few things are evident from the plot:

The latter point seems to be the focus of the question. Looking at the 1st and 3rd plot, the differences between the levels of LanPro are lower at higher values os cfreq, however this appears to be very small, whereas in the middle plot it is far more pronounced. That is the two-way interaction between cfreq and LanProshould be greater at the EA level of cond_aud than the other two levels. That means we would be looking for a meaningful 3-way interaction term involving the EA level of cond_aud. Specifically, if CA is the reference level for cond_aud then the model would estimate two 3-way interaction terms: cfreq:LanPro:cond_audEA and cfreq:LanPro:cond_audNoA, and we would expect the former to be meaninfully larger than the latter

Assuming that you have repeated measures within subjects, or some other kind of clustering (otherwise why are you using lmer?), then you can explore this with the following model:

This will estimate, assuming CA is the reference level for cond_aud:

Not the answer you're looking for? Browse other questions tagged r regression mixed-model lme4-nlme interaction or ask your own question.

2
Significant interaction but no significant simple effects in lmer