Figuring out skewness from a boxplot 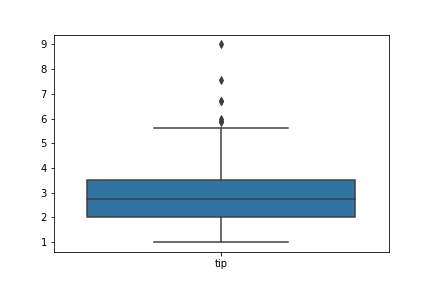 How do you define the skewness in this case? My understanding is exactly the opposite from what I have read.

What I have read

As the box plot is towards the lower end it is rightly skewed. and it will be exactly the opposite for the other case.

According to the figure most of the data lies on the lower end of the plane or you could say that 75% of data is skewed towards the lower half hence shouldn't it be left skewed?

I am wrong most probably but I can't find a genuine answer that would explain this to me.

The terminology of right and left skewness is based on the idea that you are working with a display in which magnitude is plotted on a horizontal axis and also increasing from left to right, as is conventional with histograms, frequency polygons and plots of smoothed density estimates. Conventional here just means "more common" and there can be good reasons to plot otherwise. (I have published histograms of land surface altitude with a vertical magnitude scale. Nothing is more vertical than altitude.)

The term for skewness (left- or right- skewed) that is used is that of the longer tail, so broadly speaking a left-skewed distribution has a longer left tail, stretched out to low values, and a mode towards the right at high values, and a right-skewed distribution has a longer right tail, and a mode towards the left at low values.

The terminology could have been the other way round, to refer to where the main hump of the distribution lies, but it is not. Some people find the terminology backwards on first acquaintance, and that seems reasonable to me. There are occasional (even widely-selling) textbooks which flip left and right. In the most astonishing case known to me the explanation is surely utter incompetence, given the many other errors and confusions in the book, not a personal view that the terminology is the wrong way round. At a minimum, any author who regarded the conventional terms as misguided would still be obliged to explain that conventional terminology.

Whenever as often a box plot (or any other display) is plotted with a vertical magnitude axis, then right skewness corresponds to the upper tail being longer and left skewness to the opposite, although positive and negative skewness are the terms I would recommend here. Box plots are quite often plotted with horizontal magnitude axis, in which case left and right skewed do have their traditional meanin.g

There is much small print here:

What you have read is the good answer: most of the time the skewness will not depend on where most of the data is. Although we can take other definitions, the skewness is defined by $$sk(X)=E\left[\frac{(X-E[X])^3}{\sigma^3} \right] $$ Hence if there are data that are far away from the mean (or median) of the distribution (in your boxplots, there are points between 6 and 9, which is very distant from the median) then these points will weigh a lot in the computation of the skewness and the skewness will be positive, which can be the definition of right skew. Visually think about this wikipedia plot

and always from wikipedia, the definition of positive skew is : The right tail is longer; the mass of the distribution is concentrated on the left of the figure. The distribution is said to be right-skewed, right-tailed, or skewed to the right, despite the fact that the curve itself appears to be skewed or leaning to the left; right instead refers to the right tail being drawn out and, often, the mean being skewed to the right of a typical center of the data. A right-skewed distribution usually appears as a left-leaning curve.

Not the answer you're looking for? Browse other questions tagged data-visualization skewness boxplot or ask your own question.

1
Outliers for boxplot
14
Method for generating correlated non-normal data
20
Should the mean be used when data are skewed?
19
How to assess skewness from a boxplot?
2
Boxplot with whiskers close to zero
3
How to understand boxplot skewness
3
What is a useful, robust descriptive measure of scale for latency measurements?
5
Is a heavy skew a problem if the same is expected for the population? And: Can bootstrapping help to confirm findings?
0
Violating the assumptions of one sample t-test and wilcoxon's sign test
2
Regression with skewed/half-normal distribution - should I transform, undersample, or something else?