Does every statistic have a sampling distribution, not just the sample mean?

Yes, every statistic has a sampling distribution (though some may be degenerate).

The sampling distribution of a statistic - just as with the mean - will in general depend on the population distribution you start with (and the sample size, naturally).

Below is a histogram of the sample standard deviations from 10000 samples of size 10 from a normal distribution, and the true sampling distribution (scaled-chi, red curve): 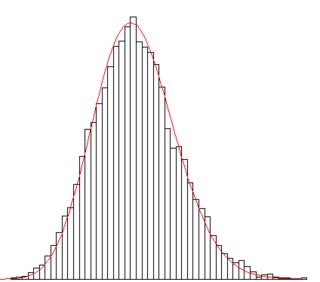 If you don't start with a normal population, the distribution of the sample s.d. is something else. E.g. here's the sample sd for 10000 samples of size 10 from a uniform distribution: 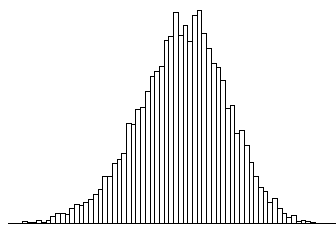 As we see, this one is mildly left skew rather than mildly right skew (I didn't calculate its theoretical distribution).

Many statistics are asymptotically normal under fairly mild conditions, but many are not (e.g. consider sample maxima for one).

Yes, as every statistic is a function of you sample (which are random variables) they will have a distribution. It might not be as easy to deduce the distribution as with the sample mean.

Not the answer you're looking for? Browse other questions tagged distributions sampling engineering-statistics or ask your own question.