How would one use Voronoi diagrams for KMeans for high dimensional data?

I am reading Aurelien Geron's Hands on Machine Learning, and in the Unsupervised learning chapter he demonstrates how to create a Voronoi diagram after performing K-Means clustering, and produces the awesome plot below. However, he demonstrated this by artificially creating a 2D dataset. I have much higher dimensional data. I ran K-means on it, and then performed PCA so that I could visualize it in 2D. I was wondering if there's a way to visualize the 2D decision boundaries, as with the Voronoi diagram below. I tried getting the cluster centers (high dimensional ones) and reducing their dimension using PCA (if visualizing the centers is not possible, I'm presuming visualizing the 2D boundaries is not possible either), and then plotted them on my original 2D plot (the original data reduced to 2D), but I noticed that they were quite off from the 2D dataset. One idea that I had in mind was to run K-means on the 2D dataset itself, but I'm guessing that would not be an appropriate way to do this? 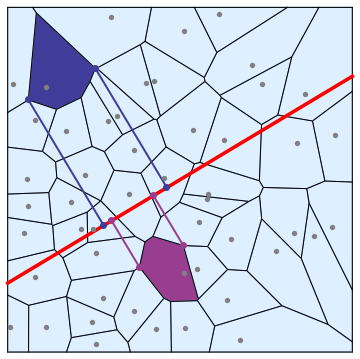 PCA is one such way of doing this, but not the only way. In fact, PCA might not be the ideal way to visualize the clusters in your data. PCA is designed to optimize how the data can be approximated with a lower dimensional subspace, not to find a useful subspace for clustering. Here's an example where it fails (see pictures below): there are eight clusters, but six of them lie in the same plane, and then the other two clusters are above the plane and below the plane respectively. PCA will find the best 2-dimensional plane that fits the data, but when all points are projected into the plane it makes it impossible to separate the top and bottom clusters, because they get projected to the same region. It's possible that you would get better results with a random plane, but it ultimately depends on your data. 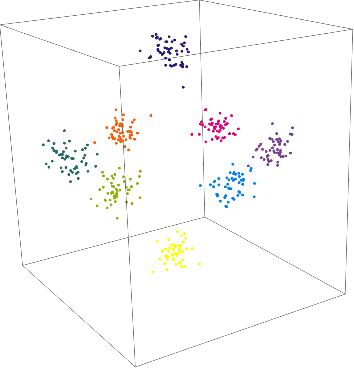 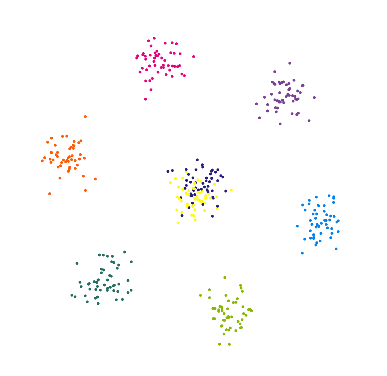