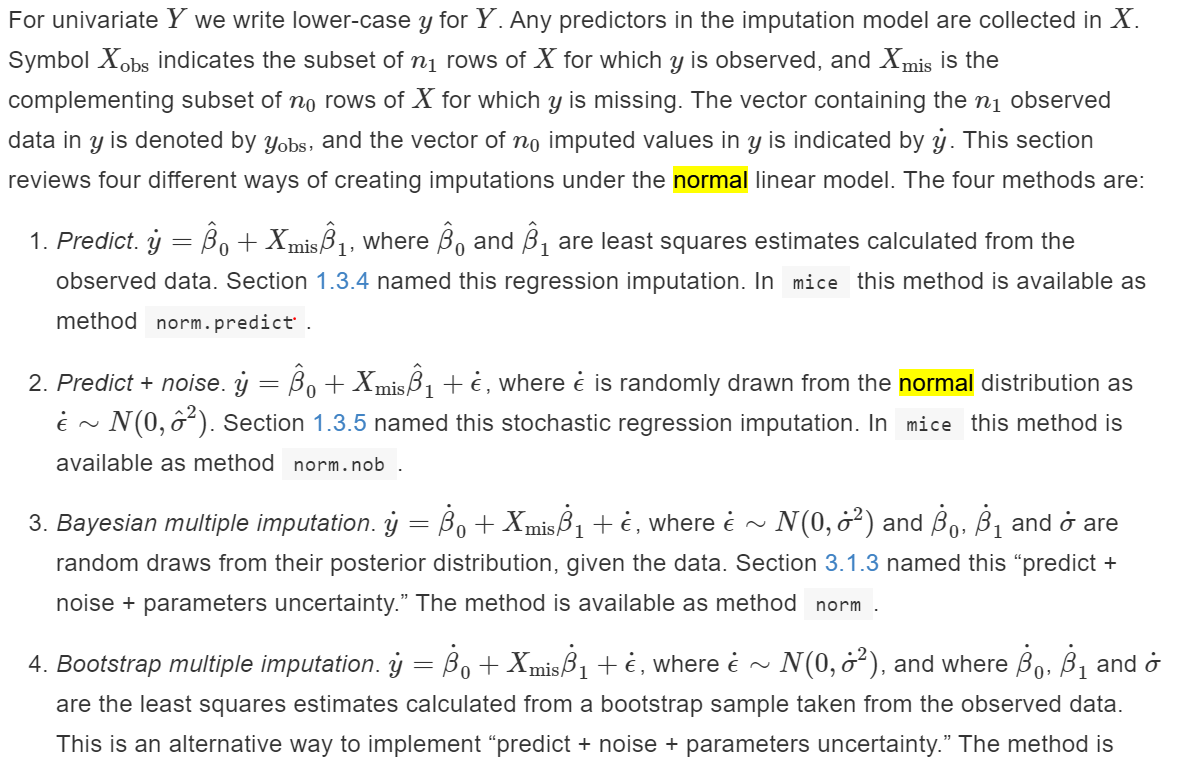 I feel like this is because the default option for IterativeImputer draws the regression coefficients from a gaussian posterior distribution.

Based on all of the above I have the following questions:

That said, I think that the first highlighted used of "normal" in the quote might be in the sense of an "ordinary" linear model rather than in the technical sense of a "normal distribution." Be careful before you put too much weight on particular uses of words like "normal" that have both technical and colloquial meanings. Even the most careful author aided by a rigorous editor can still produce a written product with ambiguous usage of such words.

Not the answer you're looking for? Browse other questions tagged machine-learning missing-data normality-assumption data-imputation multiple-imputation or ask your own question.