Note that in statements of the assumptions underlying regression analyses such as ordinary least squares, the phrase "no multicollinearity" usually refers to the absence of perfect multicollinearity, which is an exact (non-stochastic) linear relation among the predictors. In such case, the data matrix $X$ has less than full rank, and therefore the moment matrix $X^TX$ cannot be inverted. Under these circumstances, for a general linear model $y = X\beta + \epsilon$ , the ordinary least squares estimator $\hat\beta_{OLS} = (X^TX)^{-1} X^T y $ does not exist.

At more length, I am not sure that multicollinearity (or variance inflation) is at all meaningful to consider when we are concerned with OVB. Assume 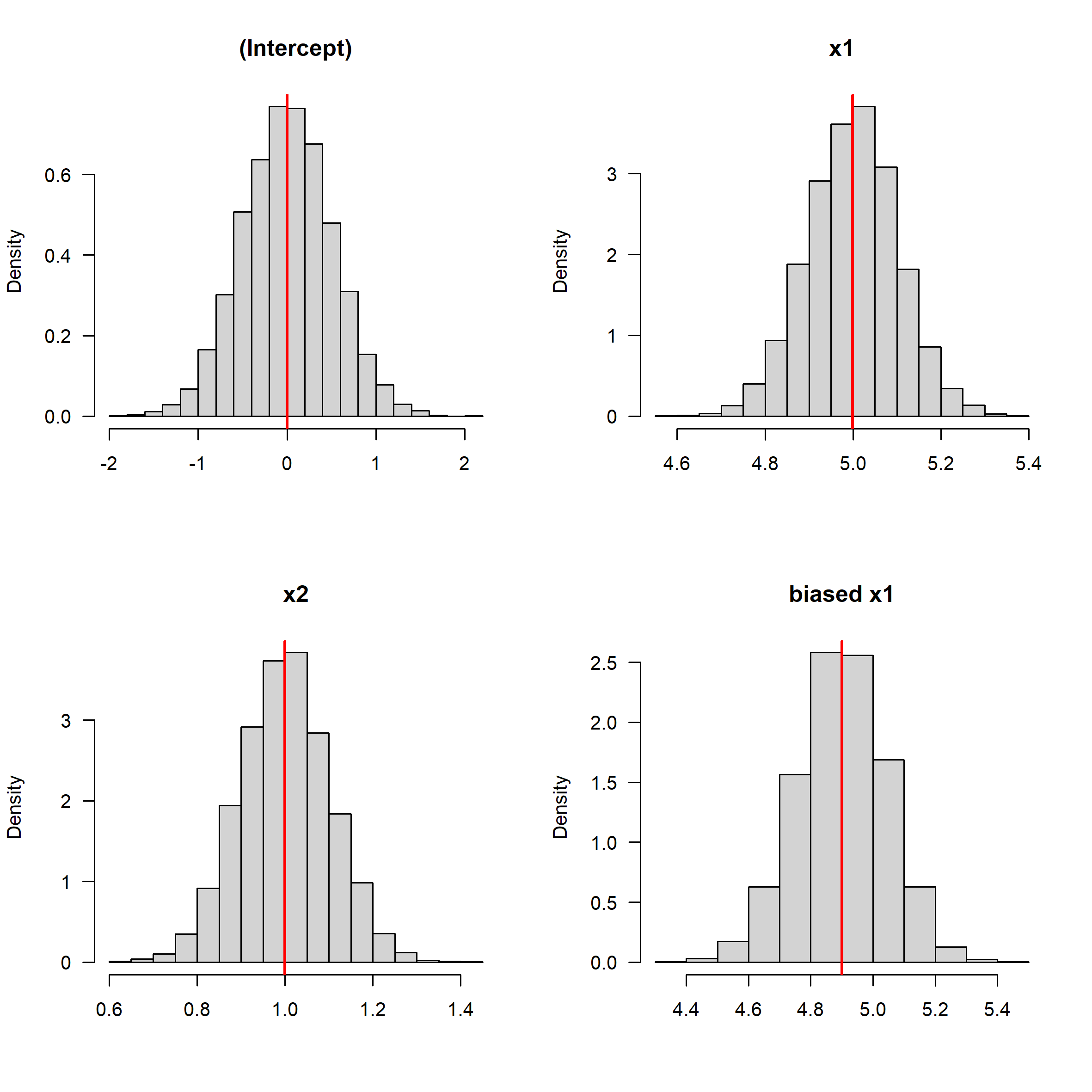 and repeat the simulation we see that this does not affect the precision of the estimator for $X_1$ (but the precision for $X_2$ increases). However, the bias is now pretty big, which means that there is a big difference between the association between $X_1$ and and $Y$, where other factors (that is, $X_2$) are not held constant, and the effect of $X_1$ on $Y$ ceteris paribus. As long as there is some variation in $X_1$ that does not depend on $X_2$ (i.e., $\sigma_u^2 > 0$), we can retrieve this effect by OLS; the precision of the estimator will depend on the size of $\sigma_u^2$ compared to $\sigma_\epsilon^2$. 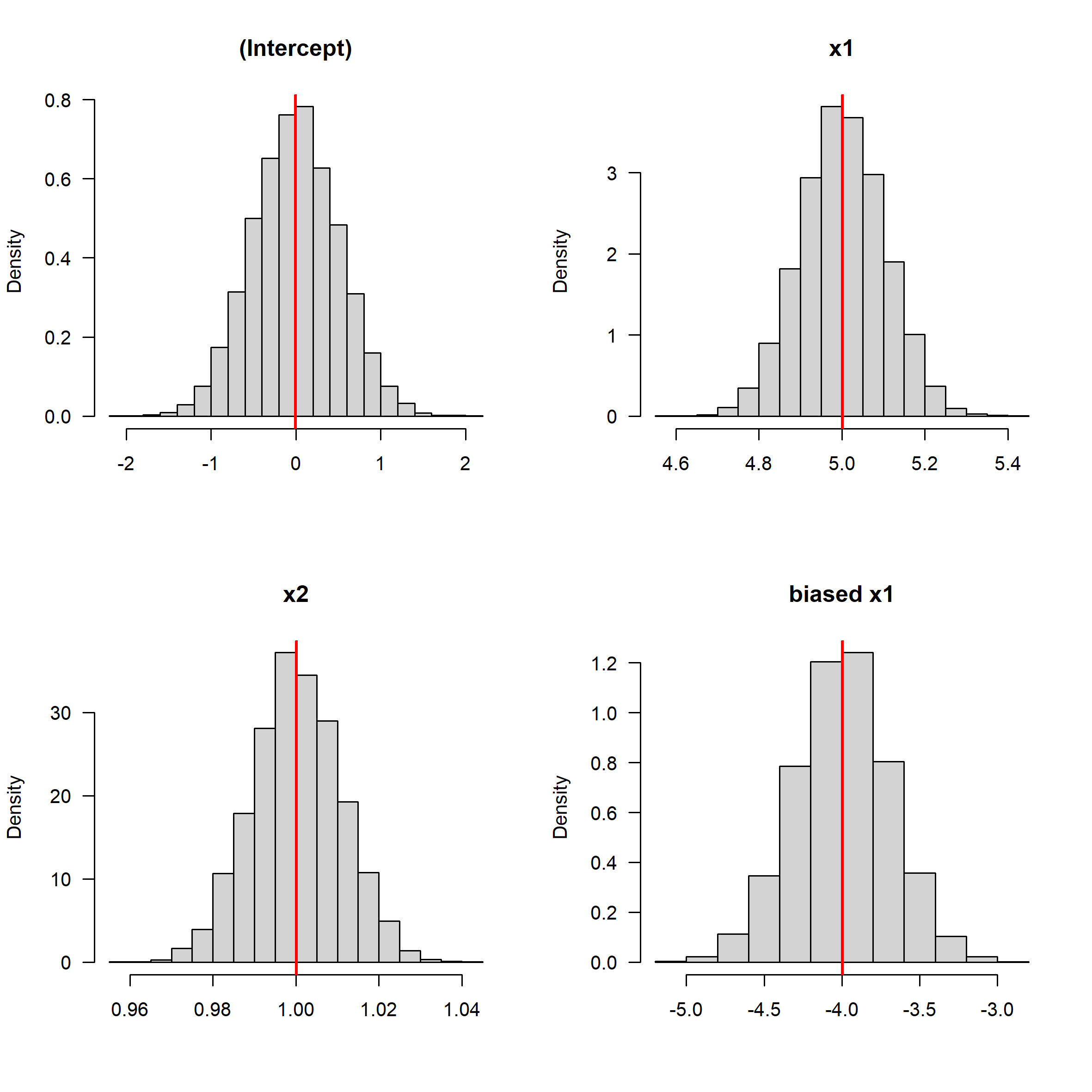 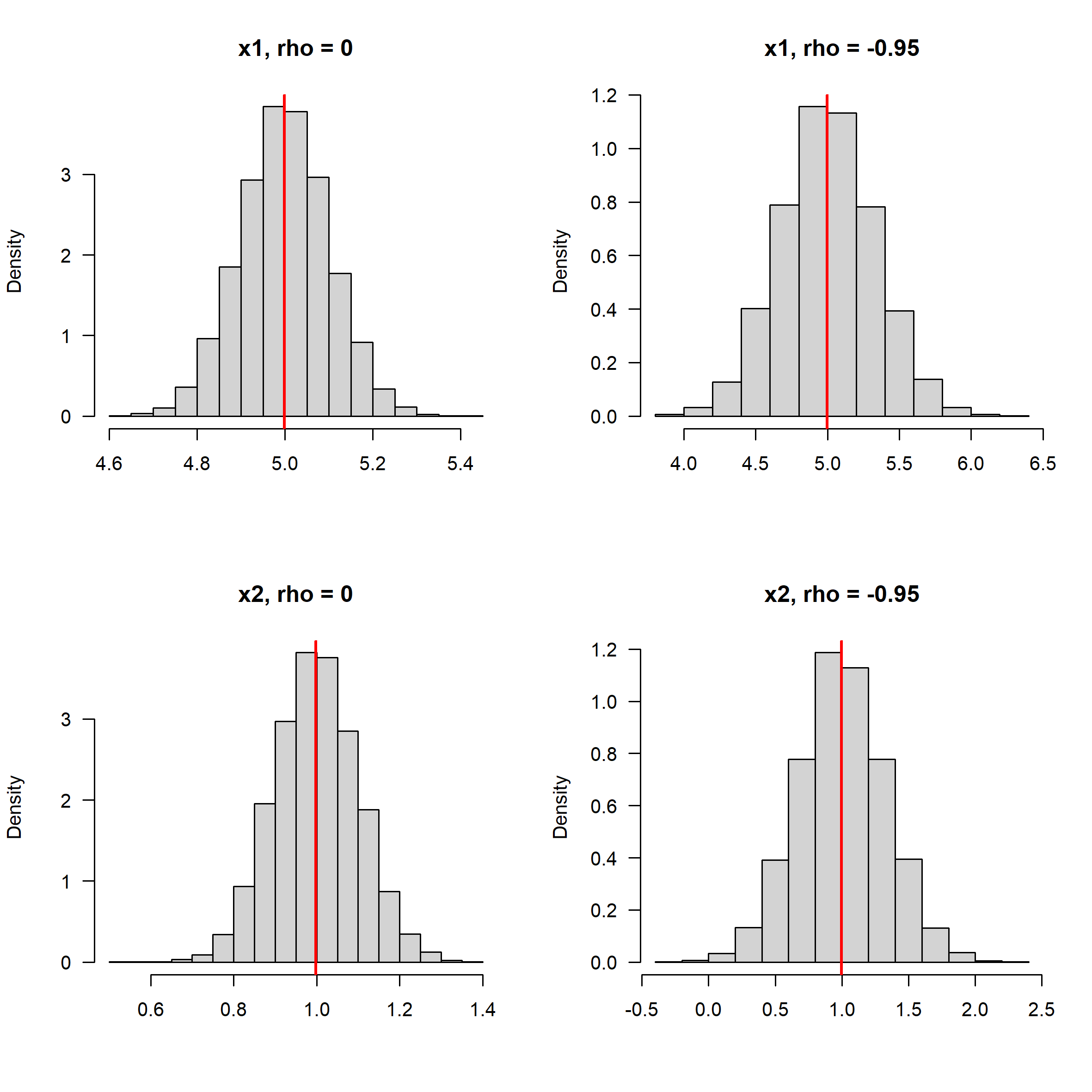 This shows that the precision of the estimator would be better if $X_1$ and $X_2$ were uncorrelated, but if they are not, there is nothing we can do about it. It seems about as valuable as knowing that if our sample size were greater, then the precision would be better.

I can think of one example in which we could potentially care about both OVB and multicollinearity. Say that $X_2$ is a theoretical construct and you are unsure about how to measure it. You could use $X_{2A}$, $X_{2B}$, and/or $X_{2C}$. In this case, you might choose to just include one of theses measures of $X_2$ rather than all of them to avoid too much multicollinearity. However, if you are primarily interested in the effect of $X_1$ this is not a major concern.

Not the answer you're looking for? Browse other questions tagged regression multiple-regression multicollinearity controlling-for-a-variable omitted-variable-bias or ask your own question.