Should we center original data if we want to get principal component?

Suppose we have data matrix $X$ with shape $n*p$, each row $x_i^T$ is a sample. By definition first principal component is $y_1 = e_1^T * x$, where $e_1$ is unit eigenvector corresponding to largest eigenvalue of sample covariance matrix. But in sklearn, when using pca to transform $X$ to get principal component, it centers $X$ first in the function transform, why?

PCA is done on the centered data matrix in the first place (because $X^TX$ is the (scaled) covariance estimate if $X$ is centered). So, while fitting, $X$ is centered internally. The same mathematical operation takes place while transforming new data points.

Here's a 2D example to illustrate. Consider the following dataset: 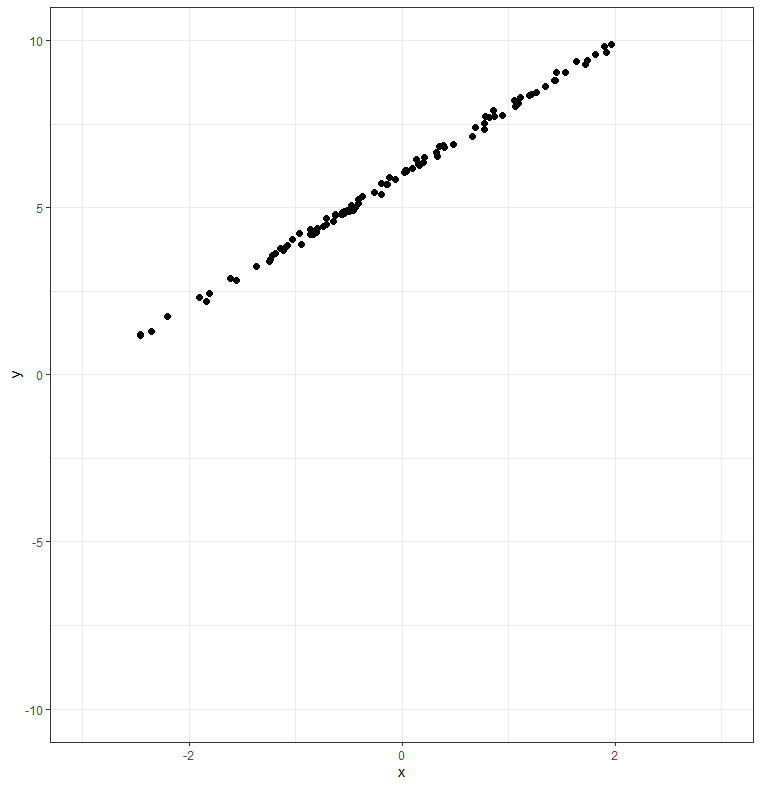 This data is nearly one-dimensional, and would be well-represented by a single linear component. However, because the data does not pass through the origin, you can't describe it with a scalar multiplied by a single principal component vector (because a linear combination of a single vector always passes through the origin). Centering the data translates this cloud of points so that its centroid is at the origin, making it possible to represent the line running down the middle of the cloud with a single principal component.

You can see the difference if you try running the PCA with and without the centering. With centering:

If, on the other hand, we don't center the data, we get a less useful result:

In this case, the singular value for the second component is smaller than that of the first component, but not nearly as much so as when we centered the data. In this case, we probably wouldn't get an adequate reconstruction of the data using just the first component and dropping the second. Thus, the uncentered version of the calculation is not useful for dimensionality reduction.

Not the answer you're looking for? Browse other questions tagged machine-learning python pca scikit-learn or ask your own question.

470
Relationship between SVD and PCA. How to use SVD to perform PCA?
72
What is the intuition behind SVD?