I have a fairly basic understanding of statistics. I've been learning about measuring correlation using product moment correlation coefficients (I think they're also called Pearson correlation coefficients). I was doing a simple one-tailed correlation hypothesis test and to check if the value of r is significant or not I had to find the critical value on a table given the number of trials (n) and the level of significance, 1% or 0.1 for example and rho = 0.
The table: 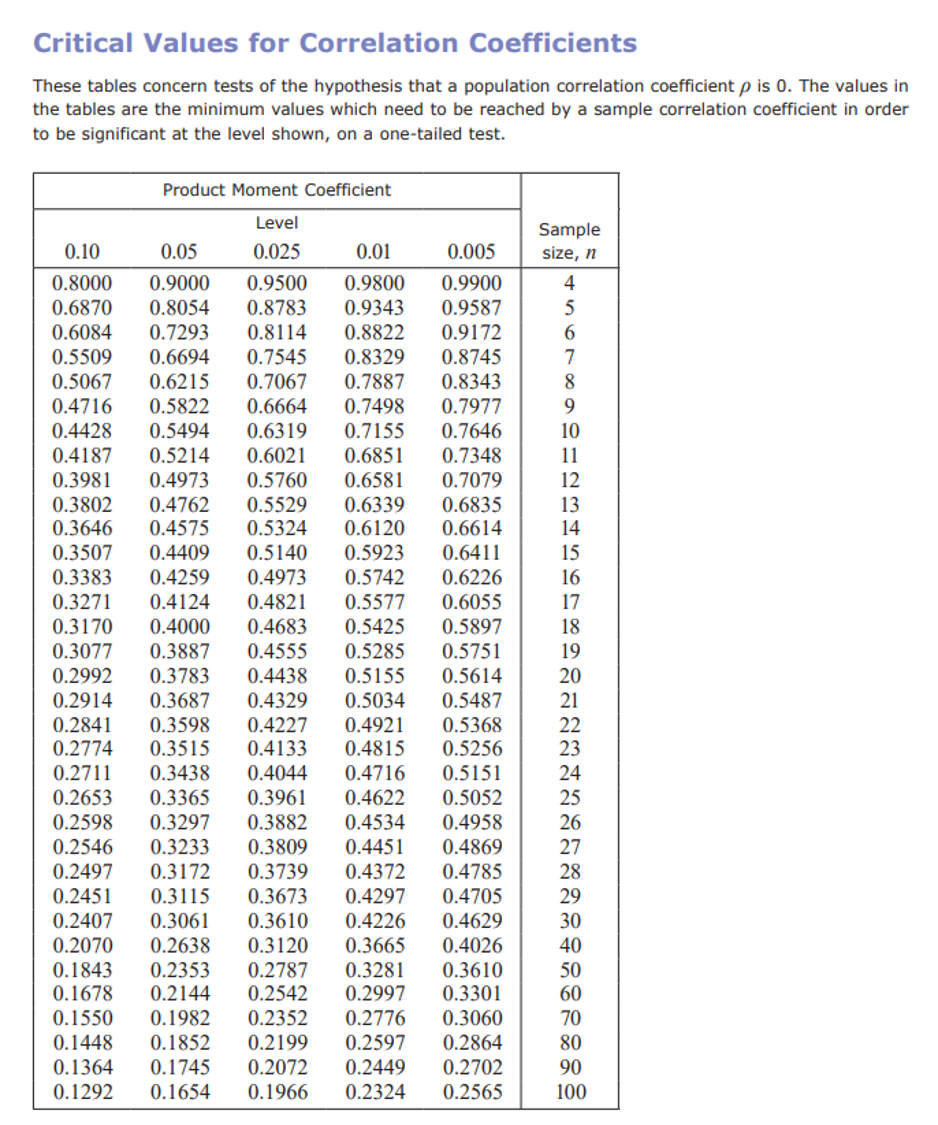 I was curious as to how these numbers were calculated, so I looked it up and the answers mentioned t-distribution and lots of other things I hadn't heard of and did not understand. Is there a formula that given n and the significance level gives the critical value of r shown on the table or is it more complicated than that?

Browse other questions tagged correlation statistical-significance one-tailed-test or ask your own question.

2
Given a correlation matrix and sample size, how to calculate which correlation coefficients are statistically significant?
4
Permutation Test for Spearman Correlation Coefficient
2
Determining if Spearman's Rho value is significant when calculated by hand?
1
Problem of Critical Region and Significance Level (Statistics)
1
Testing signficance of correlation