The Goal Determine if the abundance of ectos differ between sites.

The set up The data is percent abundance of ectomycorrhizal fungi from soil samples. There are ten soil samples per plot and there are three plots per site, except for the last site which only has one plot ( I know, bad design....). Finally there are three sites. If I have to remove the last site with one plot I can. Currently I am running my model with plot nested within site. However I believe I don't have enough levels within the nested factor to do this? My current model is

I could change the nested random factor plot to a fixed factor?

Have I specified the model correctly?

I really appreciate any help. 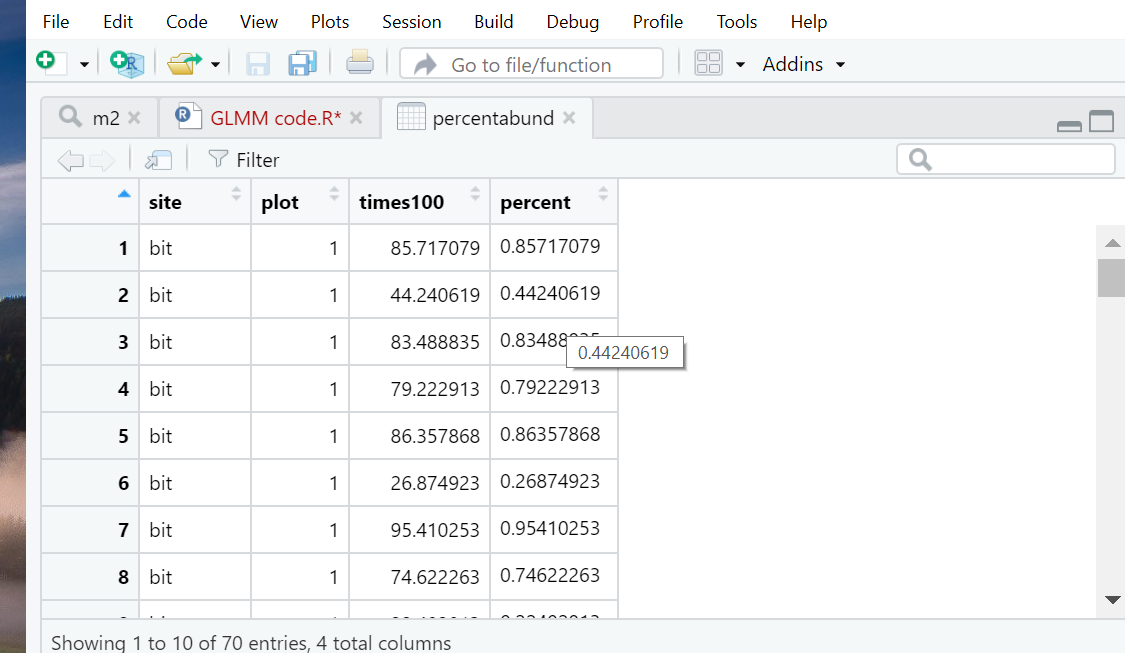 does not make much sense because you have site as a fixed effect and also a grouping variable for random intercepts.

Also, since you have only 3 sites you would be asking the software to estimate a variance for a normally distributed variable from only 3 observations.

So, here you would want to fit site as a fixed effect, that is, your second model:

Following some discussion it turns out there are only 3 plots per site (with one exception). I didn't read the question properly :(

So there is a real problem here with insufficient sample size. I think the best you can do is:

with no random effects. That is, just a GLM model.

It could also be interesting to investigate the GLMM model:

With the sample size you have, I wouldn't be too concerned with residual plots. If the GLM gives similar inferences to the GLMM, all is good.

12
How many observations do you need within each level of a random factor to fit a random effect?
2
Habitat as fixed factor with a nested design
4
R: GLMM for unbalanced zero-inflated data (glmmTMB)
3
categories with count data, random and fixed effect in nested model