Disclaimer: the setup and specific example may not be a minimal example to illustrate the point, but I am not well-versed in these topics enough to construct a smaller example without accidentally omitting important details.

Consider a statistical model --Markov random field-- defined with respect to a graph $G=(V,E)$, where each node in the graph represents a random variable, and undirected edges represent dependencies. For example: 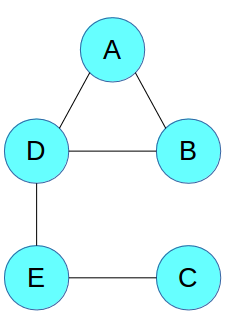 When I perform inference, posterior inference in my case, I would expect both models to have posteriors concentrate around their respective "truths". However, I am having trouble understanding how they differ as $|V'| = \sum_j |V^{(j)}| = n$ tends to infinity. On one hand, I think this is comparing apples to oranges in the sense that in one scenario (scenario 1), the interpretation of our parameter $\boldsymbol \beta$ pertains to a fixed graph, while scenario 2's parameter is interpretted as a parameter that dictates the dependencies of an increasing large graph...

Perhaps my question is a bit ill-formed, but I hope I communicated enough to express my concerns/confusion, and any discussion or comments will be really appreciated.

Browse other questions tagged bayesian posterior graphical-model exponential-family or ask your own question.

22
When do Markov random fields $\neq$ exponential families?
1
Proportionality in Bayesian Models: What Is Absorbed?
12
Do the mean and the variance always exist for exponential family distributions?
6
Conditional distribution for Exponential family
1
RVM gradient of likelihood
2
Variable Selection and Model Likelihood
1
Bayesian Linear Regression Predictive Distribution
1
How to impose restrictions on a random matrix via its prior distribution?