I am using BART to estimate the ATE on a large (10k obs x 224 p) dataset with a binomial outcome.

What I noticed is that the posterior of average predicted risks (e.g. $\frac{1}{n}\sum_{i=1}^n\hat{Y}_i(z)$) sometimes has more than one mode and consequently so has the final ATE.

Here is the posterior density of the average predicted risk for some Z: 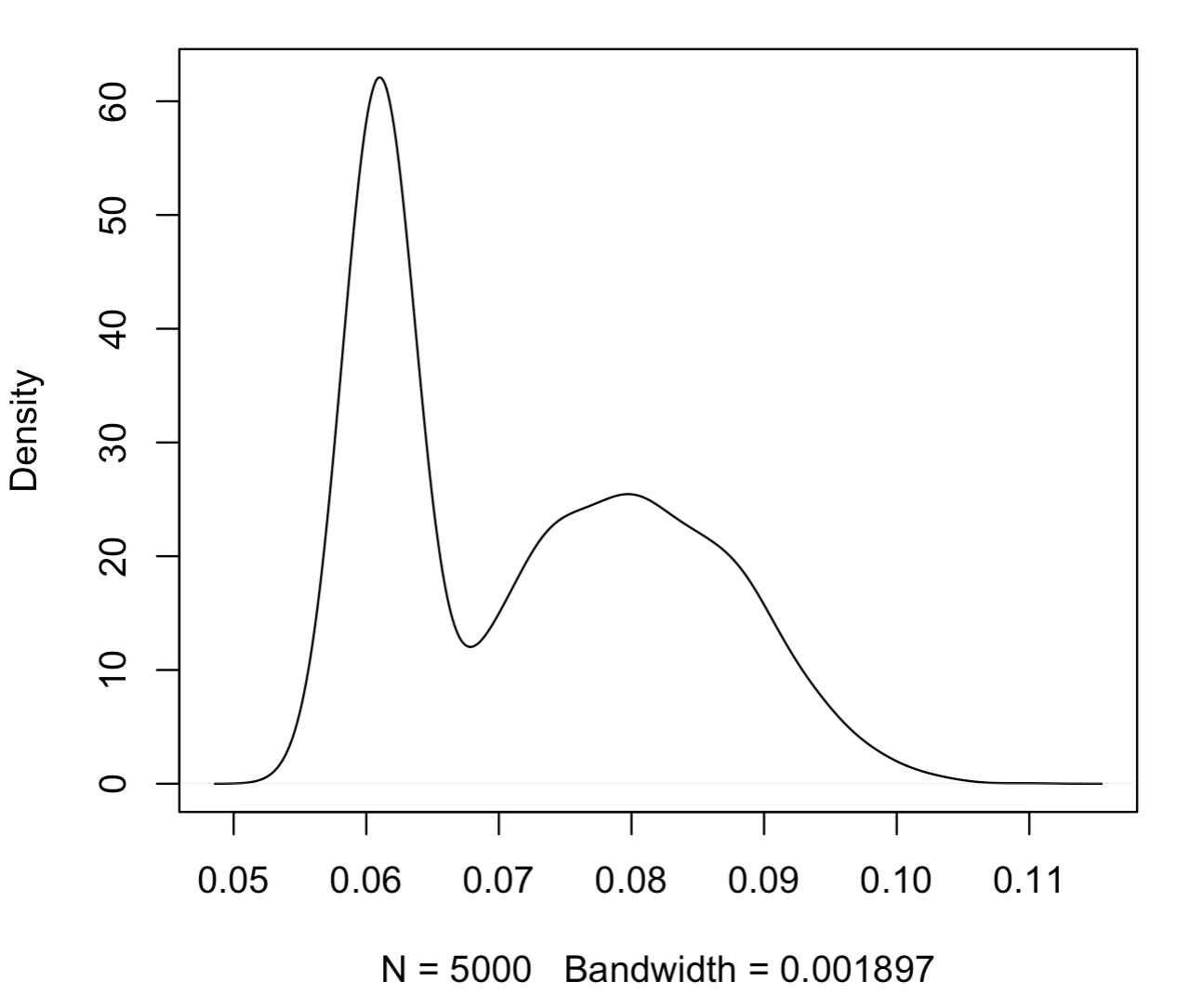 If I take the density of the individual predictions for each single posterior sample I didn't see any multimodal pattern (only 4 posteriors had 2 mode out of 5000), so it doesn't to be related to a mixure of risks in the sample.

Also, the sequence of posterior produced by BART is interesting, since it seems highly autocorrelated to me (I have not idea how BartMachine, the R package I use, sorts the final samples): 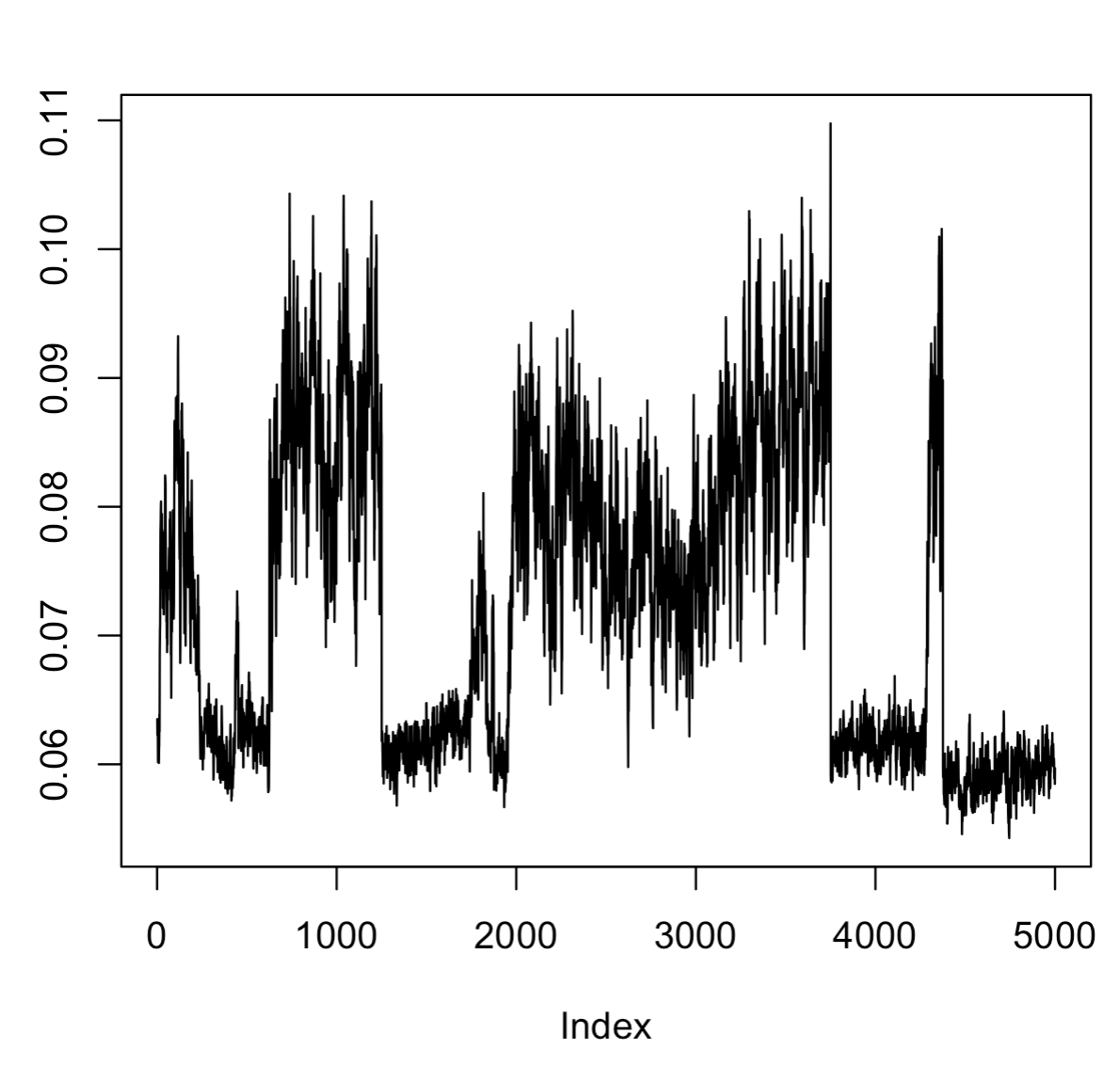 The question is, how should I interpret multimodal patterns in predictions made via BART? Does it imply non-identifiability, or it has some epistemological implication in the phenomenon I'm studying?

Browse other questions tagged bayesian predictive-models posterior treatment-effect or ask your own question.