How to calculate sample size for blocked-design two-way ANOVA?

Does anyone know of a good online calculator or at least a good paper that details how to calculate the needed sample size for a blocked-design two-way ANOVA experiment? I've seen a ton of references showing how to analyze the data from such an experiment, but none about how to properly design it and estimate the required sample size. Thank you!

As for a good reference, I would suggest Ryan, T.P., Sample Size Determination and Power, Wiley, 2013. It covers pretty much everything regarding the comparison of means and proportions, regression settings, and a large amount experimental designs.1 Randomized Complete Block Designs are treated in $6.2.5.

Power analysis in this case generally relies on the noncentrality parameter, which varies from one design to the other. Usually, you have to specify $\sigma^2$ (variance of the individual observations under the null hypothesis) and theoretical means for each block. The Java applets for power and sample size has some utilities to work with this kind of design (via the "Balanced ANOVA" menu dialog). 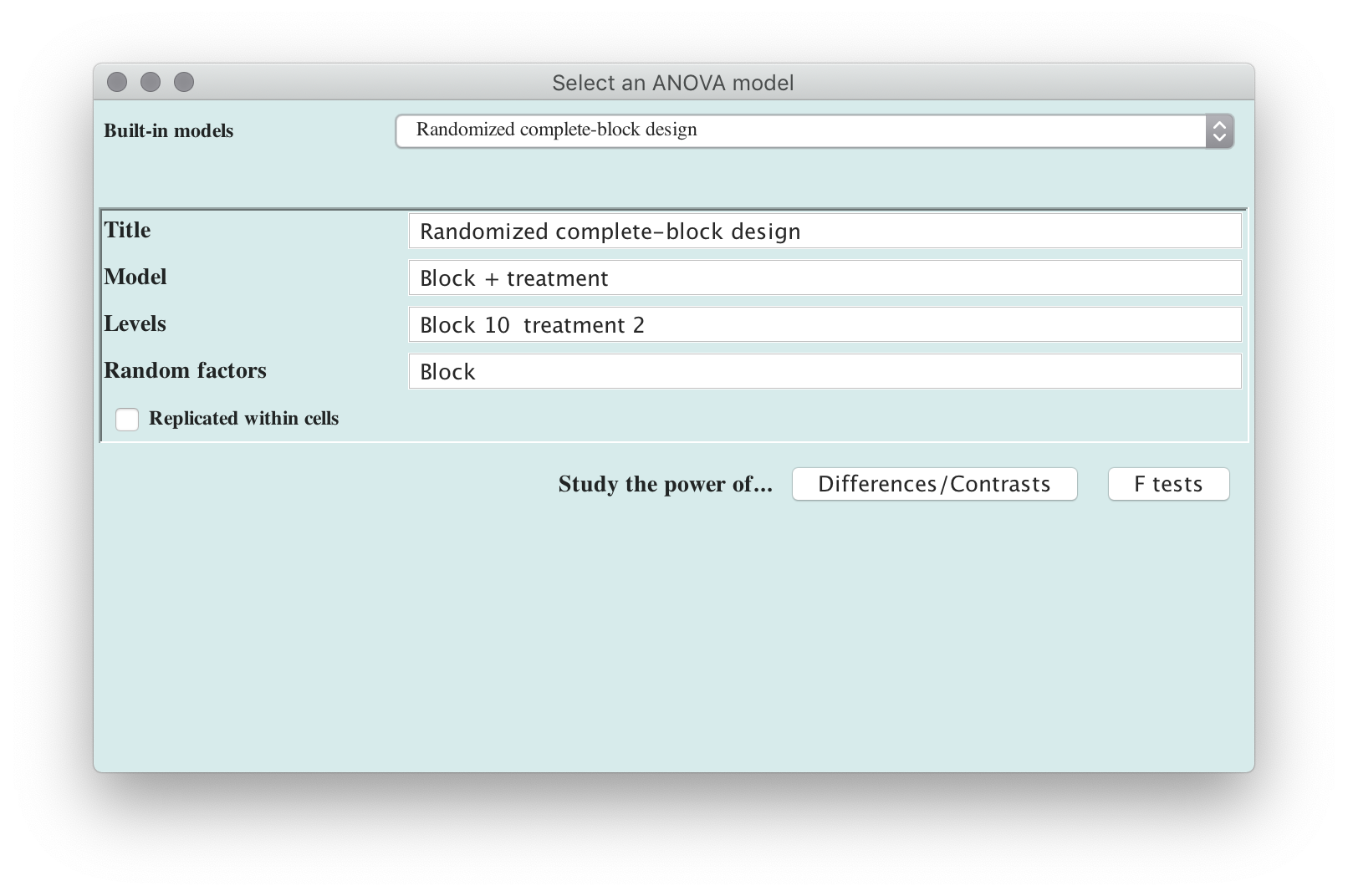 Sidenote: Blocking reduces the degrees of freedom for the error term, which reduces power, yet a randomized complete block design (RCBD) is generally more powerful than a completely randomized design.

1 Giesbrecht & Gumpertz, Planning, Construction, and Statistical Analysis of Comparative Experiments, (Wiley, 2004), is cited by this author but I haven't read this book, so I can't say anything.

Not the answer you're looking for? Browse other questions tagged anova experiment-design statistical-power two-way or ask your own question.

4
Statistical power and minimum sample size for ANOVA with likert scale as dependent variable
3
How to describe study design looking at effect of a training program on two age groups and how do I calculate required sample size?
5
How to calculate power (or sample size) for a multiple comparison experiment?
2
Power analysis for t-test instead of ANOVA
3
How do you calculate sample sizes for multiple treatments?
0
Effect size calculation for One-way ANOVA and Tukey-HSD