How to interpret F-measure values?

I would like to know how to interpret a difference of f-measure values. I know that f-measure is a balanced mean between precision and recall, but I am asking about the practical meaning of a difference in F-measures.

I cannot think of an intuitive meaning of the F measure, because it's just a combined metric. What's more intuitive than F-mesure, of course, is precision and recall.

If you have a specific goal in your mind like 'Precision is the king. I don't care much about recall', then there's no problem. Higher precision is better. But if you don't have such a strong goal, you will want a combined metric. That's F-measure. By using it, you will compare some of precision and some of recall.

The ROC curve is often drawn stating the F-measure. You may find this article interesting as it contains explanation on several measures including ROC curves: http://binf.gmu.edu/mmasso/ROC101.pdf

F-measure has an intuitive meaning. It tells you how precise your classifier is (how many instances it classifies correctly), as well as how robust it is (it does not miss a significant number of instances).

With high precision but low recall, you classifier is extremely accurate, but it misses a significant number of instances that are difficult to classify. This is not very useful.

Take a look at this histogram. 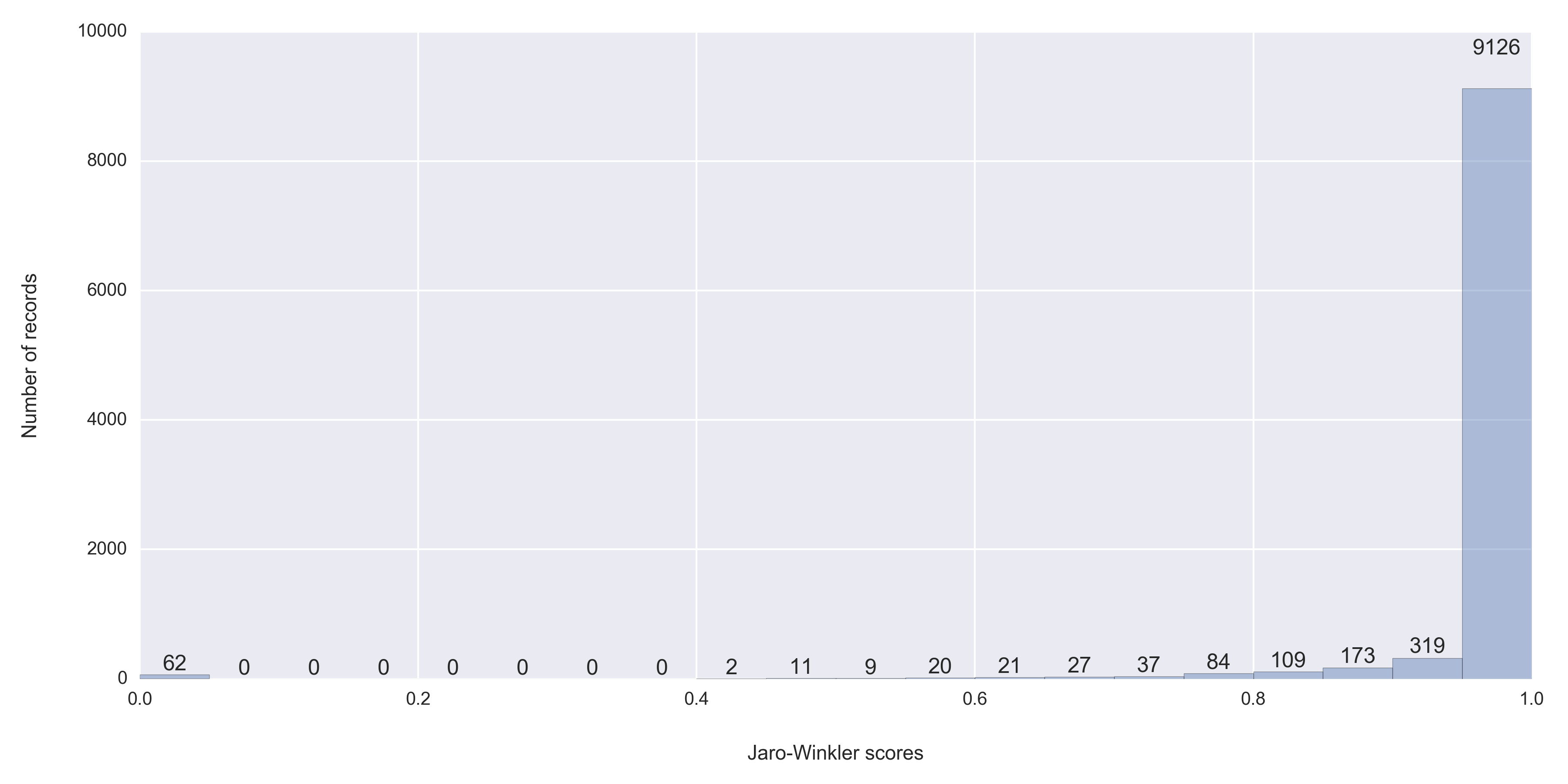 Towards the right, you get high precision, but low recall. If I only select instances with a score above 0.9, my classified instances will be extremely precise, however I will have missed a significant number of instances. Experiments indicate that the sweet spot here is around 0.76, where the F-measure is 0.87.

Given F-measures of 0.4 and 0.8 for your classifiers, you can expect that these where the maximum values achieved when weighing out precision against recall.

For visual reference take a look at this figure from Wikipedia: 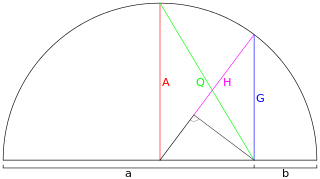 The F-measure is H, A and B are recall and precision. You can increase one, but then the other decreases.

I just want to note the following paper, published this year, that proposes "a simple transformation of the F-measure, which [the authors] call $F^*$ (F-star), which has an immediate practical interpretation." It even cited this very discussion on Cross Validated.

The formula for F-measure (F1, with beta=1) is the same as the formula giving the equivalent resistance composed of two resistances placed in parallel in physics (forgetting about the factor 2).

This could give you a possible interpretation, and you can think about both electronic or thermal resistances. This analogy would define F-measure as the equivalent resistance formed by sensitivity and precision placed in parallel.

For F-measure, the maximum possible is 1, and you loose resistance as soon as one among he two looses resistance as well (that is too say, get a value below 1). If you want to understand better this quantity and its dynamic, think about the physic phenomenon. For example, it appears that the F-measure <= max(sensitivity, precision).

The closest intuitive meaning of the f1-score is being perceived as the mean of the recall and the precision. Let's clear it for you :

In a classification task, you may be planning to build a classifier with high precision AND recall. For example, a classifier that tells if a person is honest or not.

For precision, you are able to usually tell accurately how many honest people out there in a given group. In this case, when caring about high precision, you assume that you can misclassify a liar person as honest but not often. In other words, here you are trying to identify liar from honest as a whole group.

However, for recall, you will be really concerned if you think a liar person to be honest. For you, this will be a great loss and a big mistake and you don't want to do it again. Also, it's okay if you classified someone honest as a liar but your model should never (or mostly not to) claim a liar person as honest. In other words, here you are focusing on a specific class and you are trying not to make a mistake about it.

Now, let take the case where you want your model to (1) precisely identify honest from a liar (precision) (2) identify each person from both classes (recall). Which means that you will select the model that will perform well on both metric.

You model selection decision will then try to evaluate each model based on the mean of the two metrics. F-Score is the best one that can describe this. Let's have a look on the formula:

Knowing that F1 score is harmonic mean of precision and recall, below is a little brief about them.

I would say Recall is more about false negatives .i.e, Having a higher Recall means there are less FALSE NEGATIVES.

As much as less FN or Zero FN means, your model prediction is really good.

Whereas having higher Precision means, there are less FALSE POSITIVES $$\text{Precision}=\frac{tp}{tp+fp}$$

3
What are best practices for choosing the beta for an F-measure score?
1
How to compare the F-measure values?
0
Imbalanced classification what is good F1 score?

12
Averaging precision and recall when using cross validation
11
Classifier performance measure that combines sensitivity and specificity?
6
Precision and recall are equal when the size is same
11
Is f-measure synonymous with accuracy?
1
Fail to improve recall in classification
3
What can be said about Precision-Recall when combining binary classifiers using unanimous voting?
3
Does precision or recall have more importance? Are they to be considered equivalent measures of accuracy?
2
Base rate of accuracy after resampling for classification problems