I recently came across the article Statistical Errors, written by Regina Nuzzo (Nature, Feb 2014). I hope it is OK to include the image published in that article, as my question is directly linked to it: 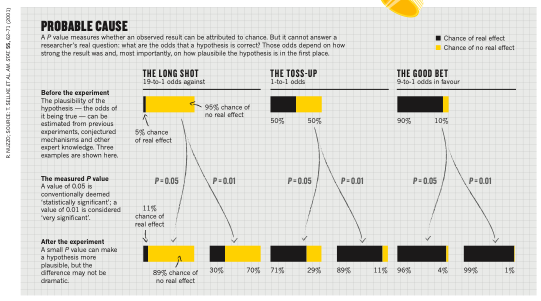 For the left-most example, I would now assign the following probabilities:

How can I find the missing piece of information? Or what am I doing wrong?

Not the answer you're looking for? Browse other questions tagged hypothesis-testing p-value conditional-probability or ask your own question.