Hope my question fits in here and I have described everything well enough. Somehow I cant quite get my head around it. 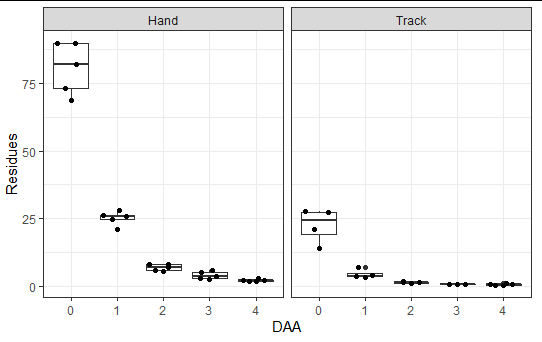 Now I would like to check whether one application technique has resulted in a higher variability in residues than the other technique. Therefore, I thought I could just compare the variances. As my data is non normal and skewed, I decided to use the Fligner-Killeen test.

So, it is significant, meaning that some of the variances are not equal. But I wasnt quite sure how to interpret this and what the test is actually doing using the interaction term (which variances are compared)? Does it compare each application technique on each level of DAA (e.g. Hand 0 DAA vs Track 3 DAA)?

That is not really what I was interested in, I only wanted to compare the techniques on each individual DAA. Therefore I have used a subset of the data, in this example I compare the data only on 4 DAA:

So my next question would be, whether that would be an appropriate way to compare variances and whether it makes "statistically" sense to do it this way, if I have only n=5 for each treatment on one day?

Many thanks in advance for any tips, maybe someone has a completely different approach to compare variability!

As requested, but not sure whether you can see much: 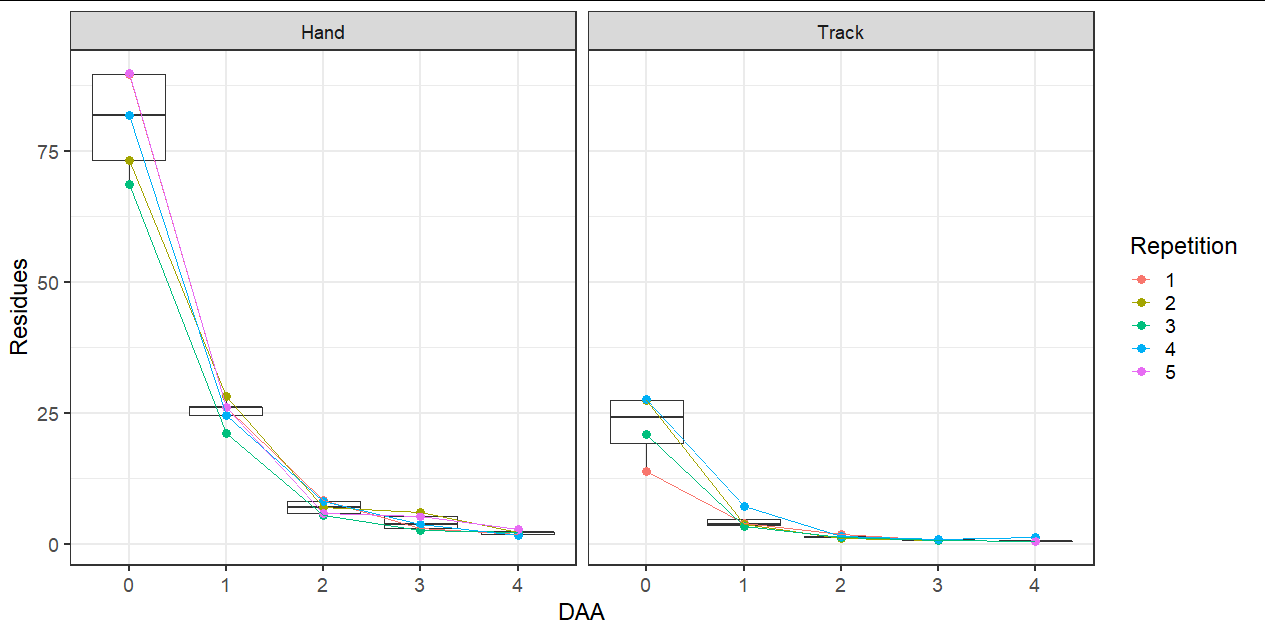 edit So running the following model with the absolute residuals as response gave me the following output. I think the residuals look alright in the summary, but looking at the plots there seems to be some pattern? 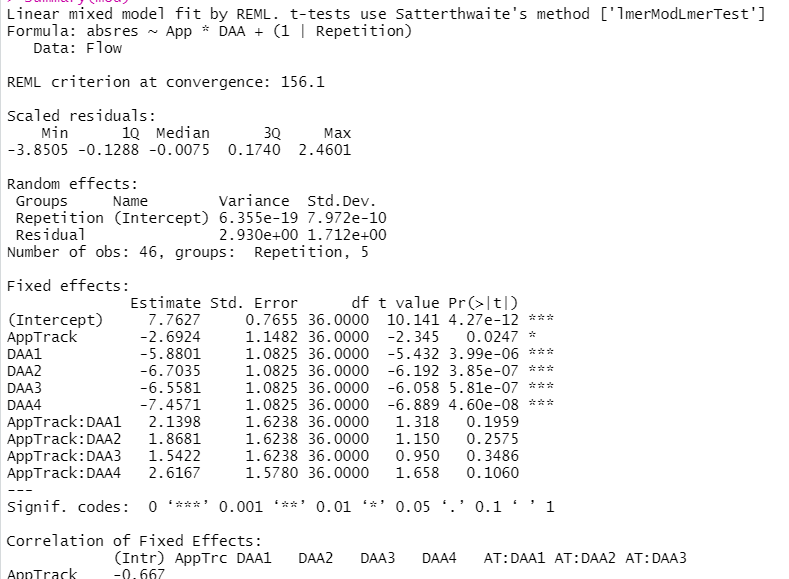 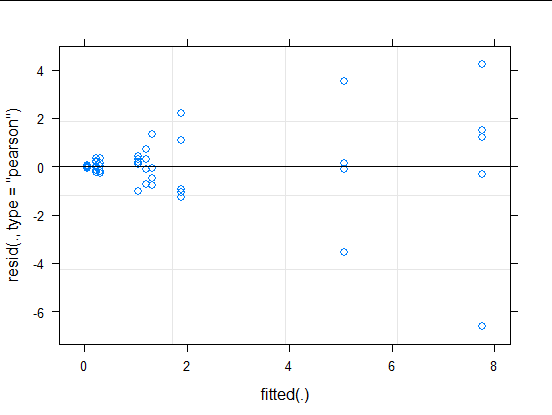 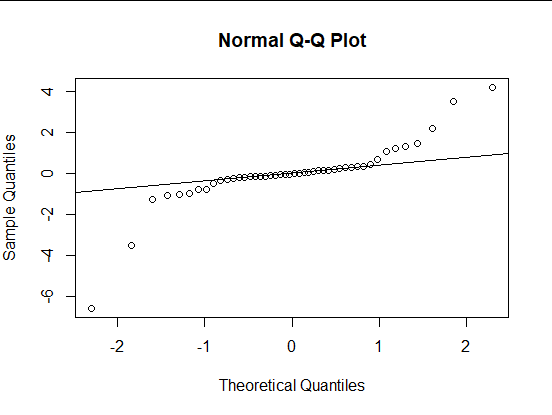