Or does this mean that the two sampling distributions will converge as we increase the number of trials $n$ of the binomial distribution of interest?

I am slightly confused as to what $n$ (as in $n\rightarrow \infty$) stands for in this case.

It's also important to note that the asymptotic equivalence is local. Suppose 0 is the null value of $\theta$. If you set $\theta=\theta_A=\neq 0$ and take $n$ observations with that value of $\theta$, $n\to\infty$, there is no guarantee that the the test statistics will approach each other. The standard result is that if you take have a sequence values $\theta_n=h/\sqrt{n}$ and take $n$ observations with $\theta=\theta_n$, then as $n\to\infty$ the score, Wald, and likelihood ratio tests will converge in probability to the same random variable. 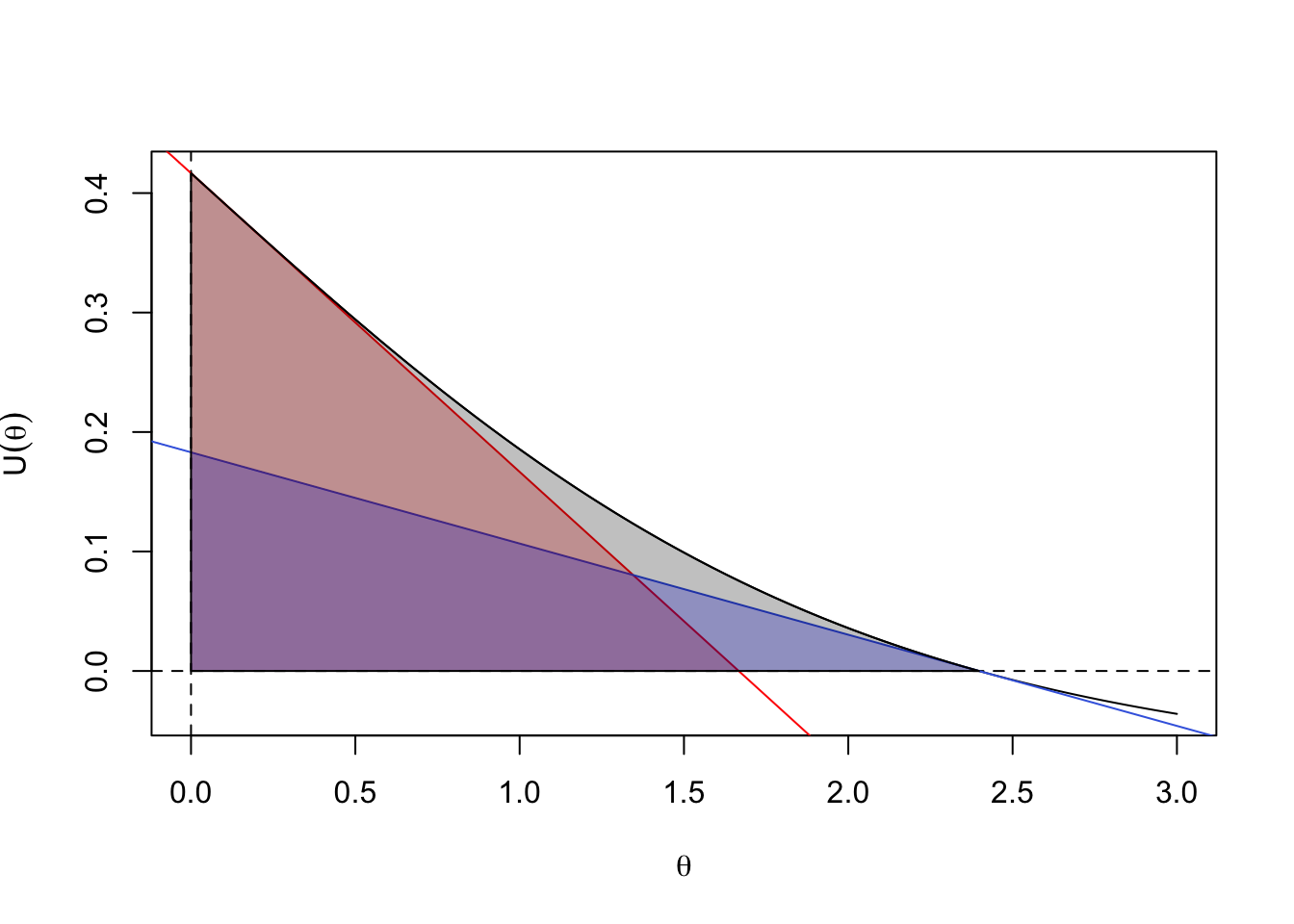 With $n\to\infty$ and $\theta_n=h/\sqrt{n}$, we're zooming in to this picture. The curve locally asymptotically approaches a straight line and the three coloured areas become the same 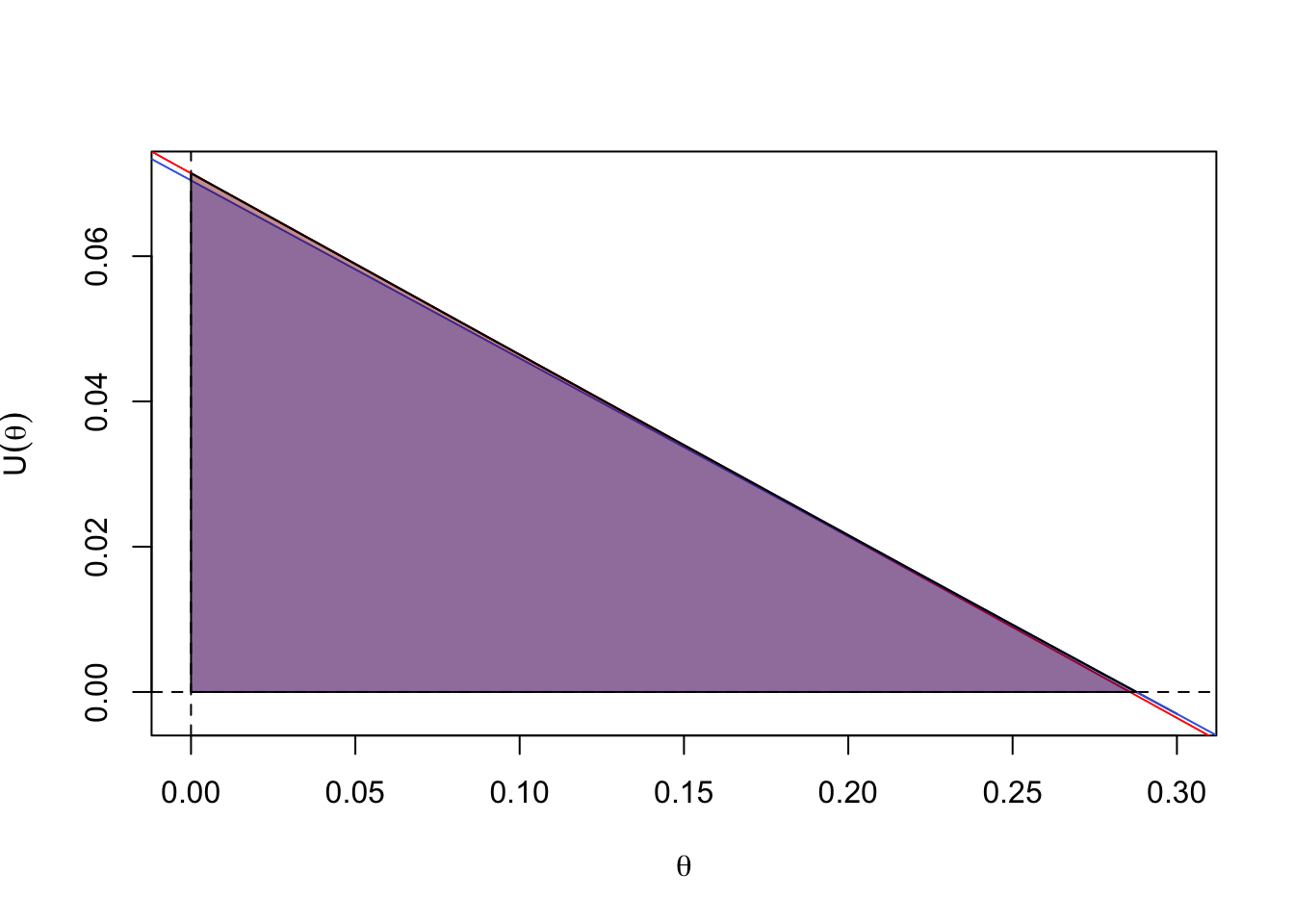 But if you fix $\theta\neq 0$ and just increase $n$, the picture doesn't change. It still just looks like 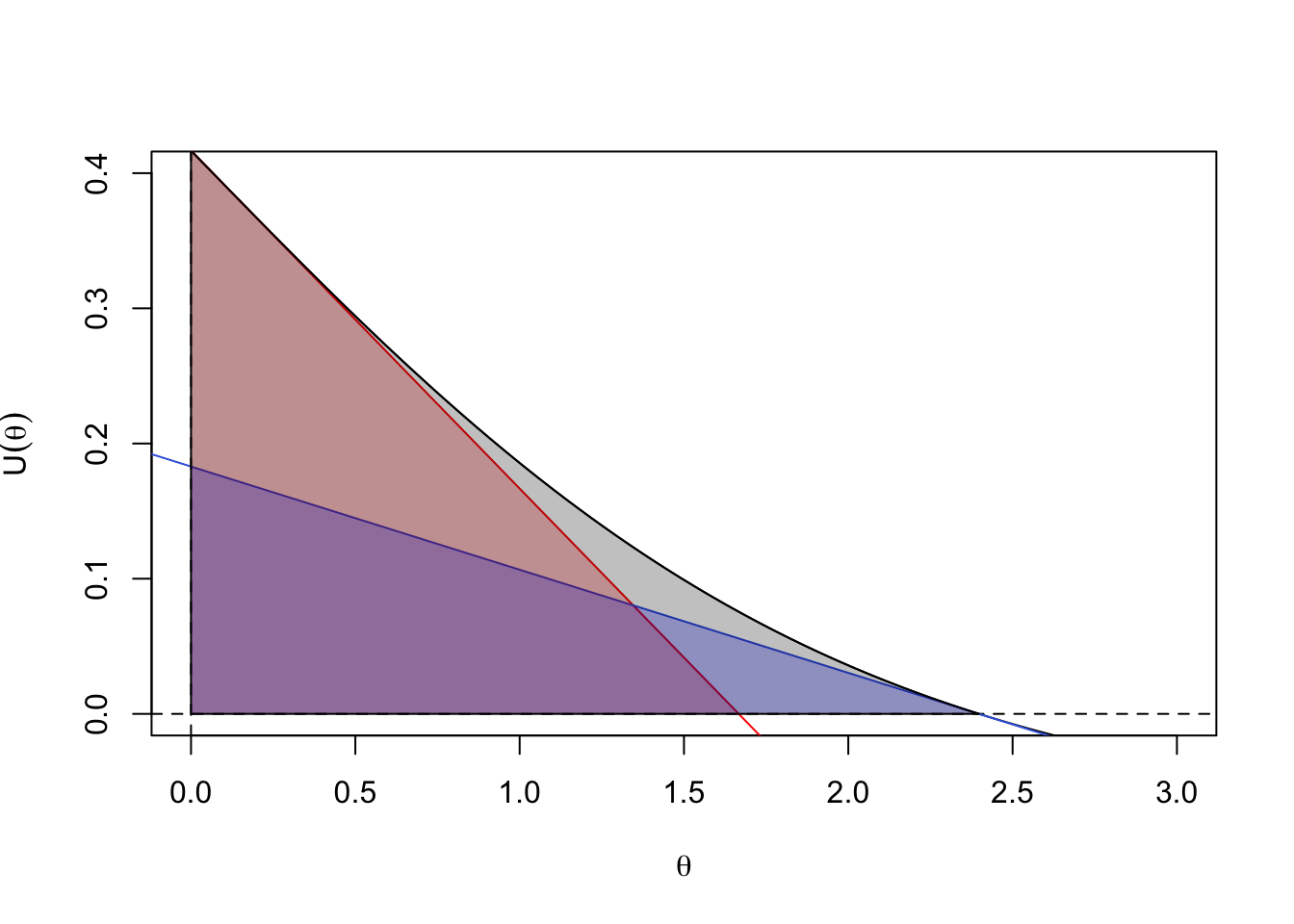 and there's no asymptotic equivalence.

Not the answer you're looking for? Browse other questions tagged asymptotics likelihood-ratio wald-test or ask your own question.