Why does the US death rate not "match" life expectancy

Now in a static situation I would expect that the death rate to be the reciprocal of the life expectancy or about 1,270 deaths per 100K which is about a 40% difference from the actual. Quite a lot. Is this because the population age profile is not static? The US median age is about 38 years and has increased by about 1 year over the last decade. Is this really enough of a variation to account for the 40% difference? I tried looking for the mean age to see if that statistic could shed more light on the subject but could not find any data.

I would like to understand this in more detail so any information is appreciated.

The life expectancy is a virtual number based on a hypothetical person/population for which the mortality rates in the future are the same as the current mortality rates.

Note that $p_i$ is a hypothetical situation.

The population looks more like this (sorry for it being in Dutch and not well documented, I am getting these images from some old doodles, I will see if I can make the graphs again): 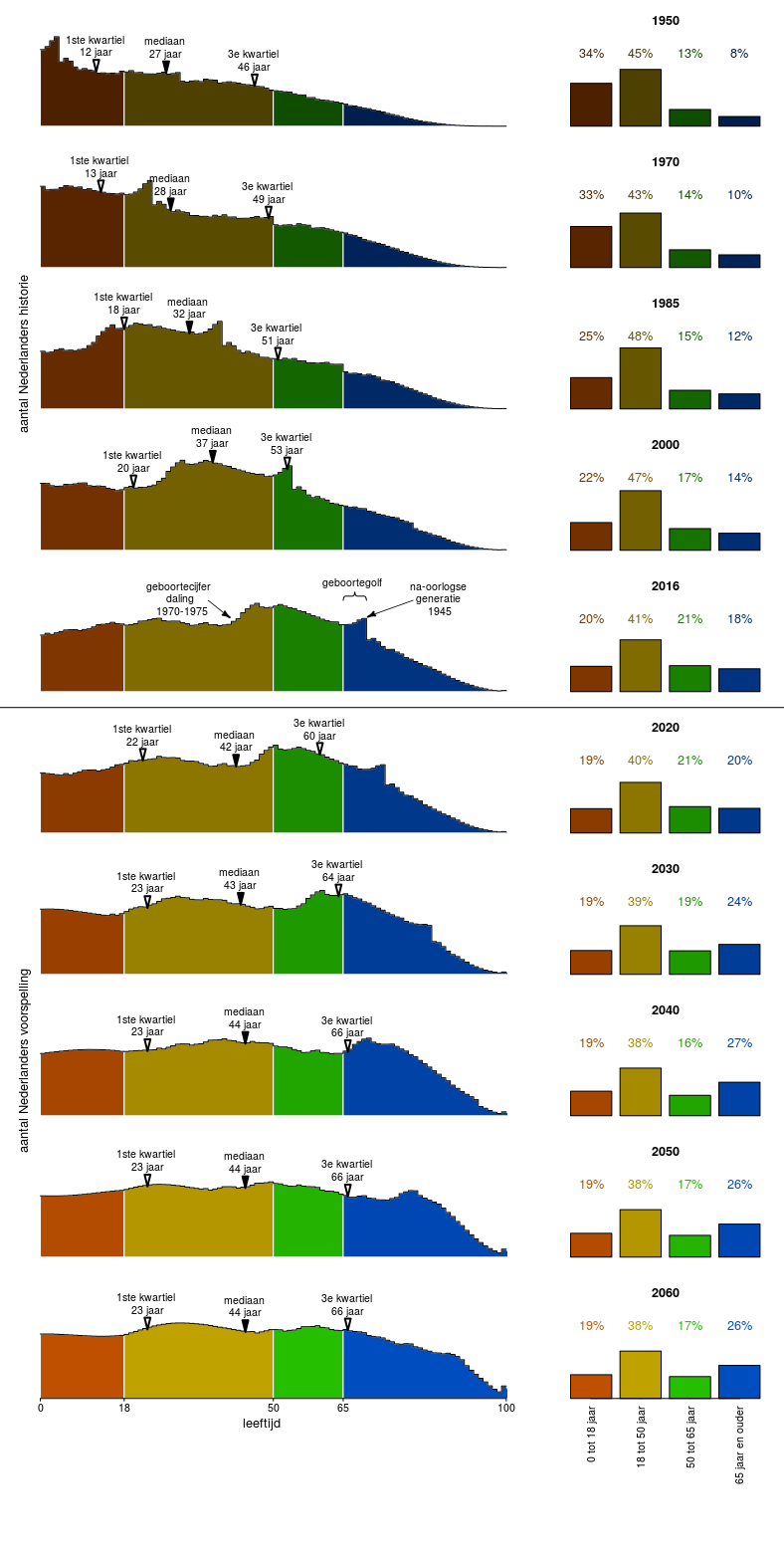 So around 2040 the distribution of the population will be more similar to the curve of the survival rate. Currently, the population distribution is more pointy, and that is because the people that are currently old did not experience the probabilities of dying at age $i$ on which the hypothetical life expectancy is based.

How death rates are changing

In addition, there is a slightly lower birth rate (less than 2 per woman), and so the younger population is shrinking. This means that the death rate will not just rise to 1/life_expectancy, but even surpass it.

This is an interesting paradox. (As Neil G commented it's Simpson's paradox) 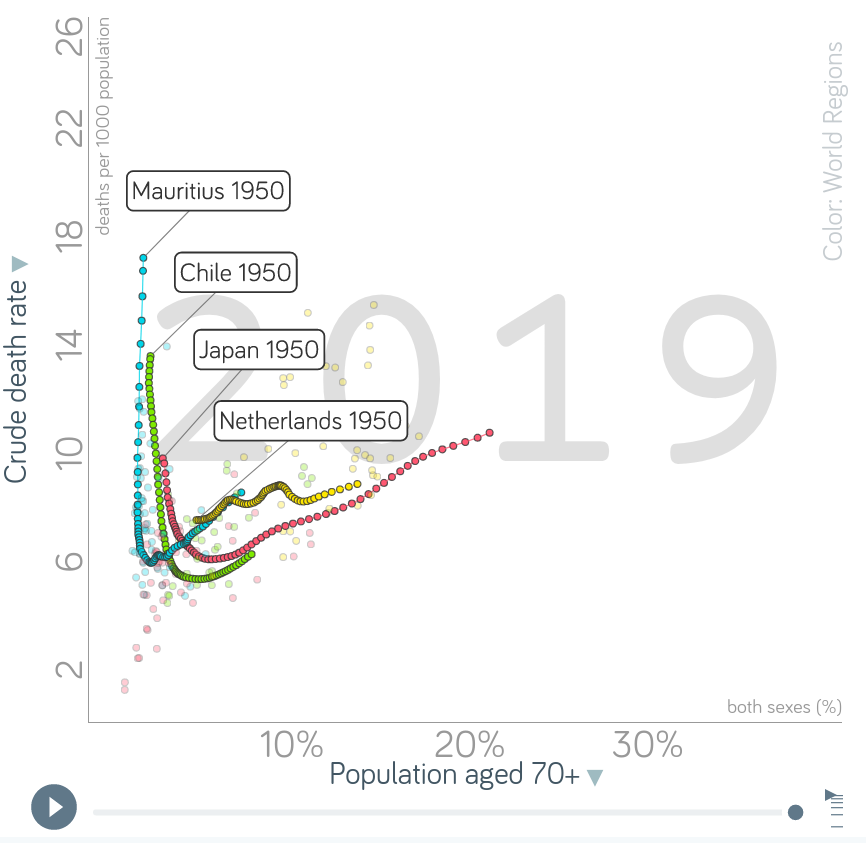 In this question the answer contains a piece of R-code that simulates the survival rate curve for a change of the risk-ratio of death for all ages.

Below we use the same function life_expect and simulate the death rate in a population when we let this risk ratio change from 1.5 to 1.0 in the course of 50 years (thus life expectancy will increase and the inverse, the death rate based on life-expectancy, will decrease).

What we see is that the drop in the death rate in the population is larger than what we would expect based on the life expectancy, and is only stabilizing at this expected number after some time when we stop the change in risk ratios.

Note, in this population we kept the births constant. Another way how the discrepancy between the reciprocal of the life expectancy and the death rate arrises is when the number of births is increasing (population growth) which causes the population to be relatively young in comparison to the hypothetical population based on the survival curve. 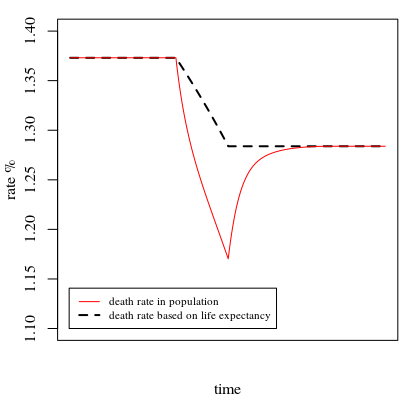 There is a simpler way to understand this than the (detailed and correct) explanation in another answer.

The life expectancy now depends on the death rate in the past.

As an extreme example, suppose that some disaster infected every person in a country with a medical condition which was incurable and had a 50% fatality rate.

The annual death rate would therefore be 50,000 per 100,000 population (ignoring deaths from other causes, for simplicity).

But the life expectancy would not be 2 years, because almost everyone in the country has already lived for more than 2 years.

The only situation where the numbers are reciprocals of each other is the unlikely situation that all the factors affecting birth rate, death rate, and age-related mortality have remained constant for the lifespan of the current population.