How to find the [marginal] effect of X on Y when Y is binary and very rare. Can I make groups of similar X and model counts of Y instead?

tl;dr How to model the causal impact of X on binary Y when Y is very rare. Can I make groups and model count instead? 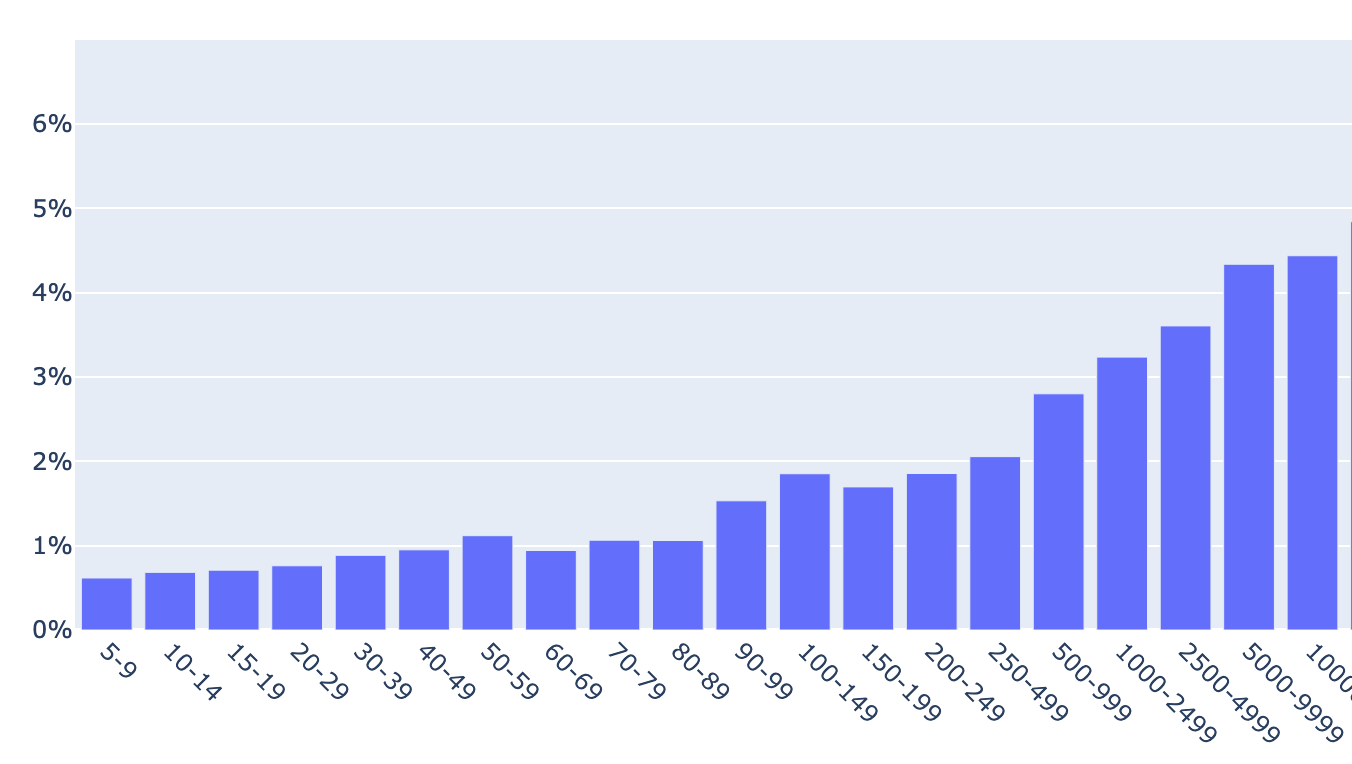 But because it's binary and because there are so few marriages, a scatterplot comes out without a clear trend (plot 2). So, when I tried to run a logistic regression my model just always predicted that the person wouldn't get married since it's so rare. That's fine, I'm not trying to predict, but I need to know the causal relationship. 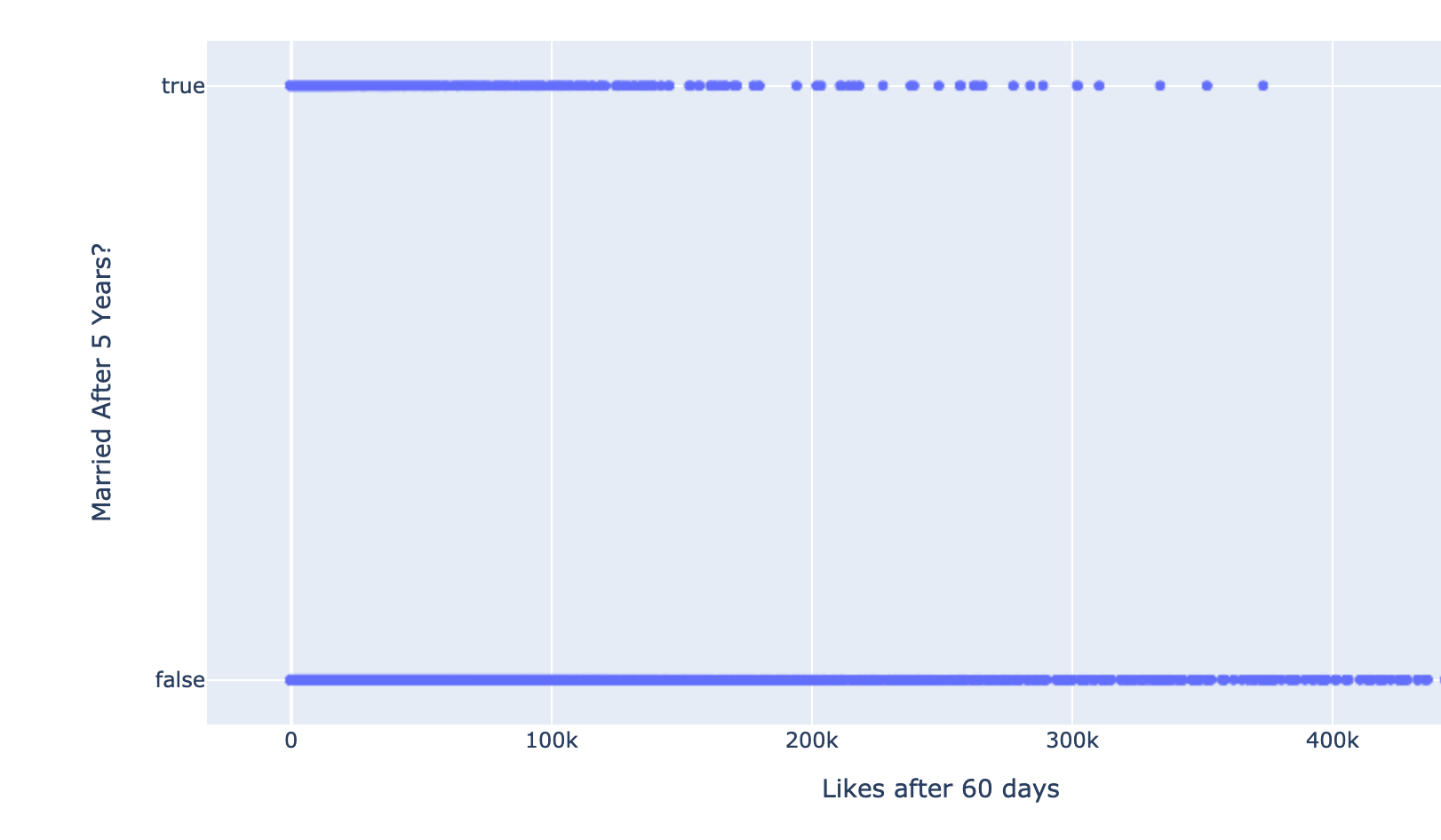 I think this is a "rare events" problem. It seems for prediction the standard approach is the oversample or weight the rare event so that you can build a logistic model that predicts better - but it seems that will mess with the accuracy of the causal conclusions as the marginal effect will then be skewed? Am I right to be concerned?

Another idea I had was since I have so many observations I could line up the dataset by size and make groups of 1000. Now the X variable is the mean # of likes in the group and the Y is the % (or could be count) of the group that got married. When I model that I get a much clearer trend, here's a plot that's zoomed in a bit.

To me this seems like it works well but I'm worried because when I did a ton of googling I couldn't find this recommended as an ok approach for binary variables at all. Is it ok?

And if so, how do I then find the marginal impact for different sizes? It's clear to me the slope of the trendline changes at a few different points so I know the impact changes depending on size but I don't know how to get that.

THANK YOU! Any advice would be so appreciated as I've spend so much time trying to learn and don't have anyone IRL I can ask.

8
How to make the rare events corrections described in King and Zeng (2001)?
6
CausalImpact on single time series
1
Wrong predictions with imbalanced binary data
1
Difference in scales for marginal effects
1
Is it valid to look at the impact of a feature on residuals?
1
Parameter identification and causal identification
2
Inferring causal effects on a time series from a forecast