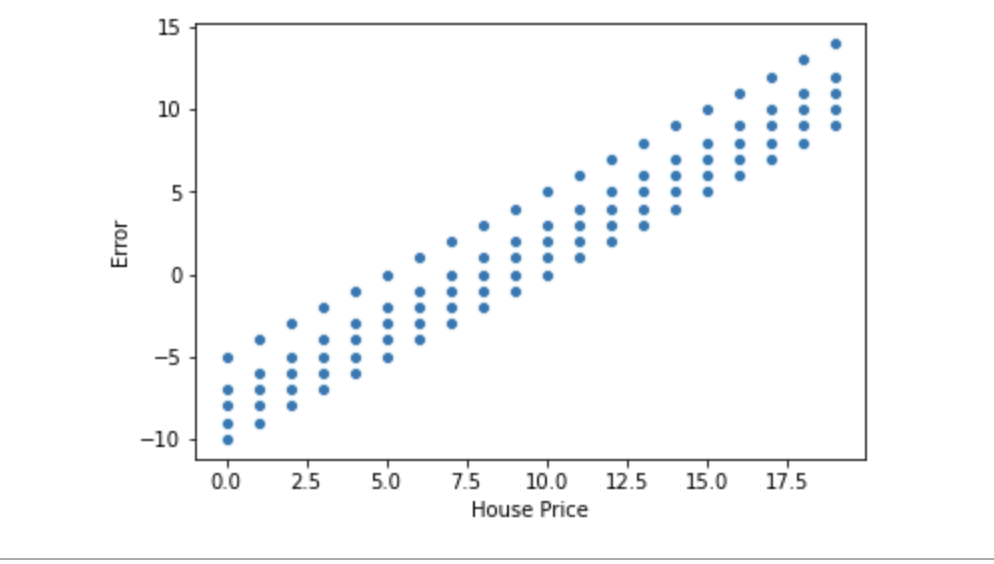 I am currently building a house price predictor. My lightgbm errors look like the one the one below (illustrative). It shows that there is a pattern in my errors. Can someone explain how to resolve this? My model currently appears to be predicting closer to the mean value. Does this mean my features don't have enough resolve?

When we have pronounced patterns in model residuals it makes sense to try and identify if they correspond to a particular variable (or set of variables) in our data. It might be due to multiple reasons. Some common ones are: 1. Omitted-variable_bias, 2. data leakage or 3. covariate/domain shift. Finally it might also mean that 4. the model at hand is quite weak and is only able to recognise some very basic clusters but it otherwise predicts a mean. In any case, if you have strong obvious patterns on the model residuals I would strong recommend trying cluster them, colour code them and try to see if cluster-label is associated with any of the existing features.

A bit more details on the potential reasons I mentioned:

Looking at the plot I think that ether omitted-variable bias or poor performance are the most likely culprits. As mentioned, do colour-code your clusters and perform some basic EDA to associate clusters with existing features before trying more sophisticated residual analysis techniques.

Not the answer you're looking for? Browse other questions tagged error boosting diagnostic or ask your own question.