All of my variables are continuous. There are no levels. Is it possible to even have interaction between the variables?

Yes, why not? The same consideration as for categorical variables would apply in this case: The effect of $X_1$ on the outcome $Y$ is not the same depending on the value of $X_2$. To help visualize it, you can think of the values taken by $X_1$ when $X_2$ takes high or low values. Contrary to categorical variables, here interaction is just represented by the product of $X_1$ and $X_2$. Of note, it's better to center your two variables first (so that the coefficient for say $X_1$ reads as the effect of $X_1$ when $X_2$ is at its sample mean).

Then, it can be seen that the effect of a one-unit increase in $X_1$ when $X_2$ is held constant may be expressed as:

Likewise, the effect when $X_2$ is increased by one unit while holding $X_1$ constant is $\beta_2+\beta_3X_1$. This demonstrates why it is difficult to interpret the effects of $X_1$ ($\beta_1$) and $X_2$ ($\beta_2$) in isolation. This will even be more complicated if both predictors are highly correlated. It is also important to keep in mind the linearity assumption that is being made in such a linear model.

You can have a look at Multiple regression: testing and interpreting interactions, by Leona S. Aiken, Stephen G. West, and Raymond R. Reno (Sage Publications, 1996), for an overview of the different kind of interaction effects in multiple regression. (This is probably not the best book, but it's available through Google)

Here is a toy example in R:

where the output actually reads:

And here is how the simulated data looks like: 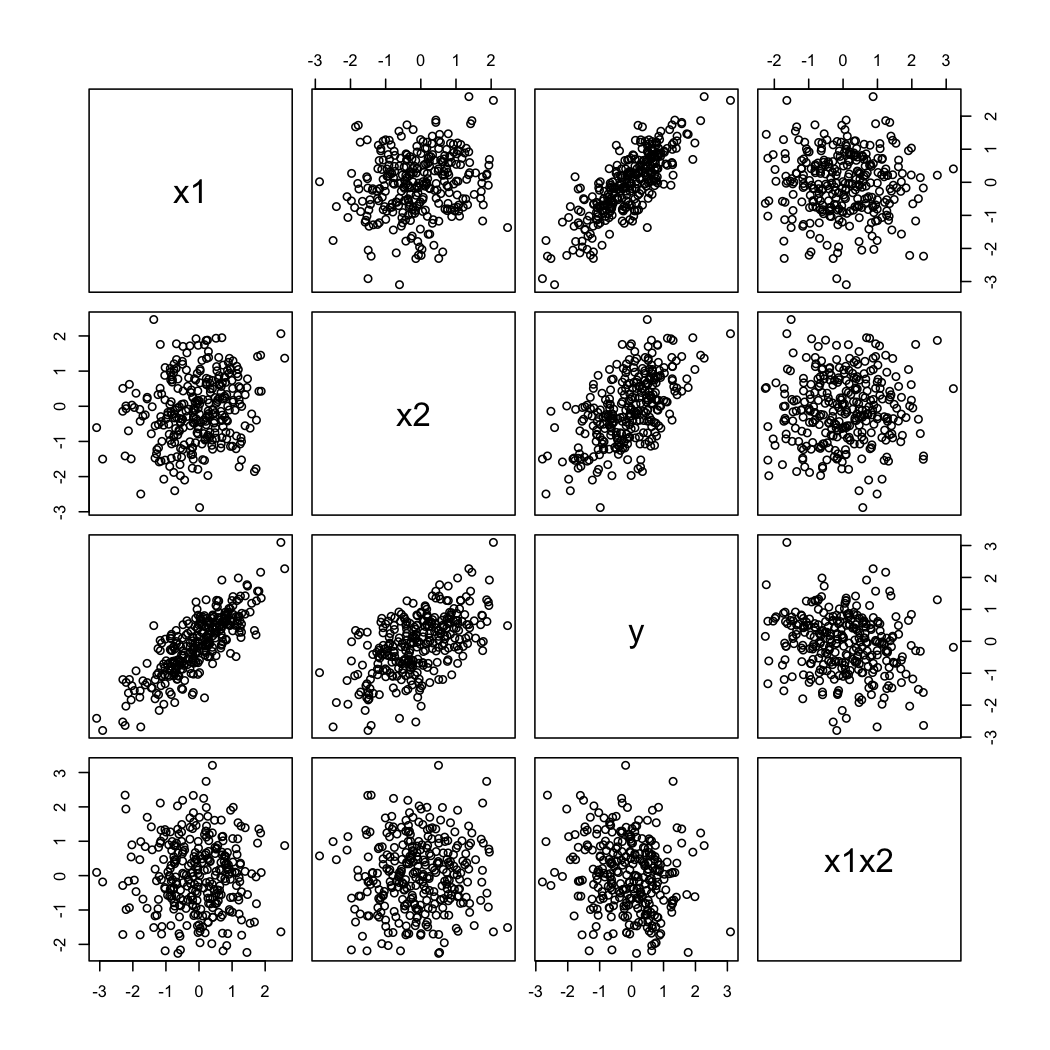 To illustrate @whuber's second comment, you can always look at the variations of $Y$ as a function of $X_2$ at different values of $X_1$ (e.g., terciles or deciles); trellis displays are useful in this case. With the data above, we would proceed as follows: 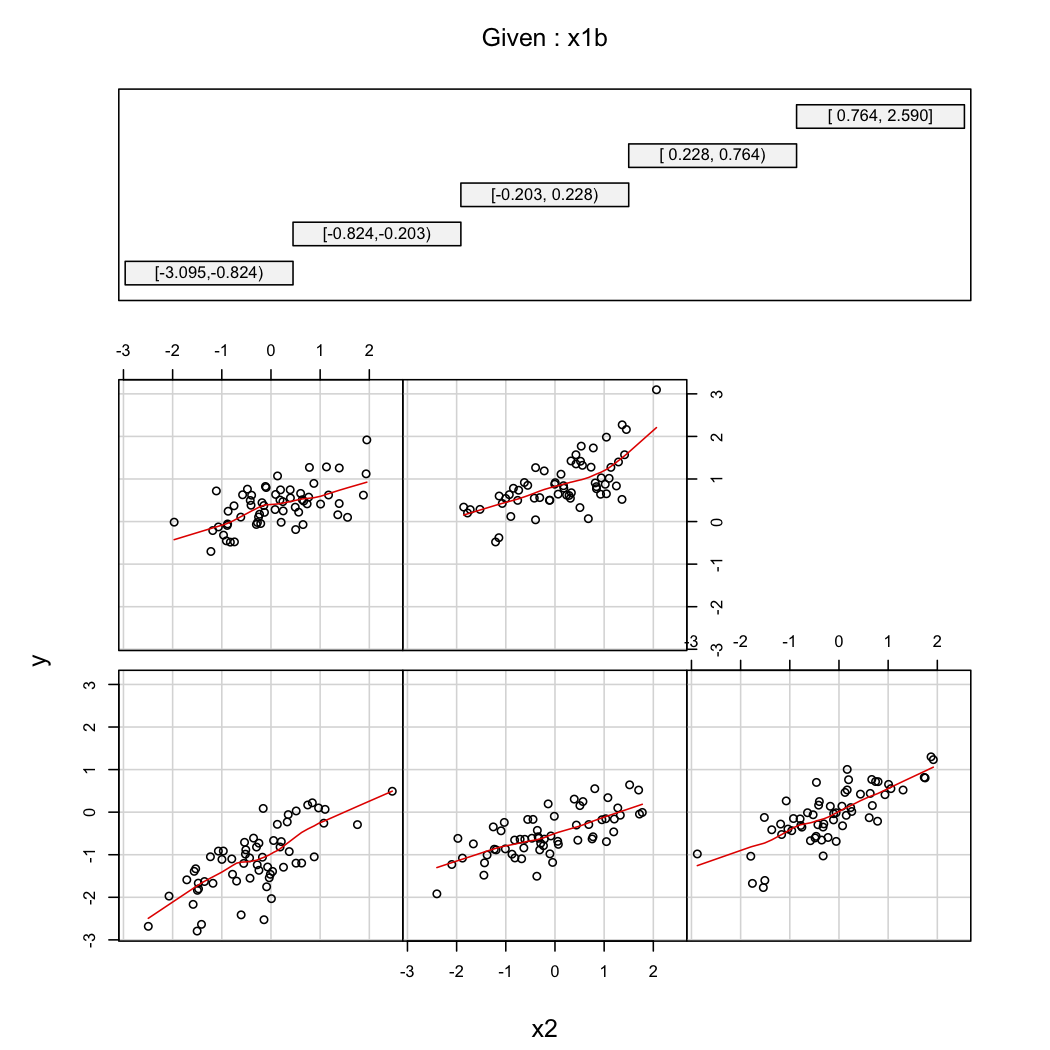 Not the answer you're looking for? Browse other questions tagged regression modeling interaction or ask your own question.