Interpretation of coefficient for interaction term in regression 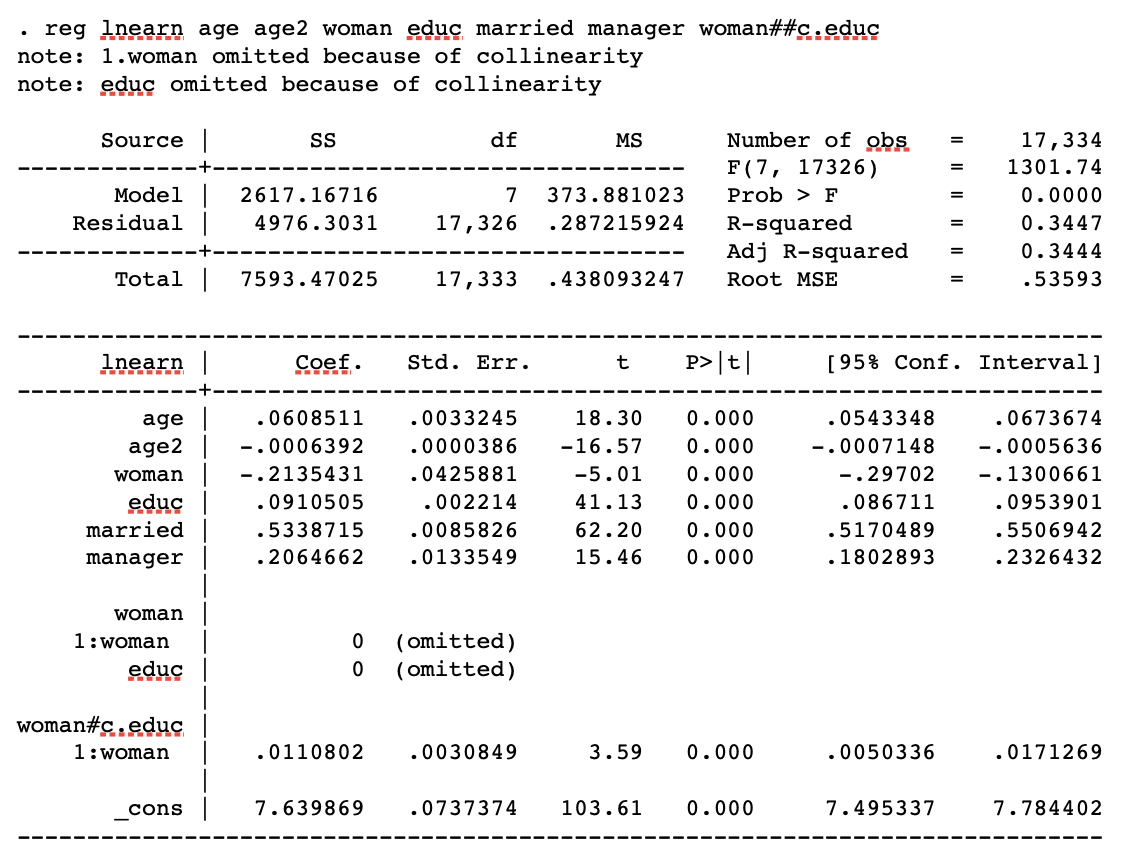 The log scale is often considered to be an approximate of a percentage scale (see this paper, for example). So you could say that, for woman, every additional year of education is correlated with an increase of approximately 10% on earnings.

When you have a continuous variable in the interaction term, it is always a good idea to check the distribution of the effect through a plot (I will show how to do this below).

You should first re-write your regression syntax, because once you include the interaction this way woman##c.educ you don't need to include the constitutive terms alone. Stata already includes them. That is why you got two omitted variables on your output.

Then, you run the margins command to get the confidence intervals of the difference between woman and man. I am assuming that your education variable is coded between 0 and 15. If it is not the case, you should adjust these values in the code below

As you did not share your data, I cannot interpret the output you will have. But a good idea and nowadays regarded as a good practice is to plot the interactions. This can be done by running the marginsplot command right after the margins command.

In your model, the relationship between education and earnings is moderated by gender. Moreover, the coefficients in a log-level regression correspond to a semi-elasticity, so you need to multiply by 100 to put things in percent.

This means that for a man, an extra year of schooling is associated with a 9% bump in earnings according to your model. For a woman, there's an extra 1% on top of that, so it becomes ~10%. That difference between men and women is statistically significant.

You can confirm my interpretation by taking the partial derivative of log earnings with respect to education using the chain rule and then re-arranging the left hand-side into a semi-elasticity.

Not the answer you're looking for? Browse other questions tagged multiple-regression regression-coefficients stata or ask your own question.