These are the results of the analysis on JASP (I put only the first seven lines of the coefficients table): 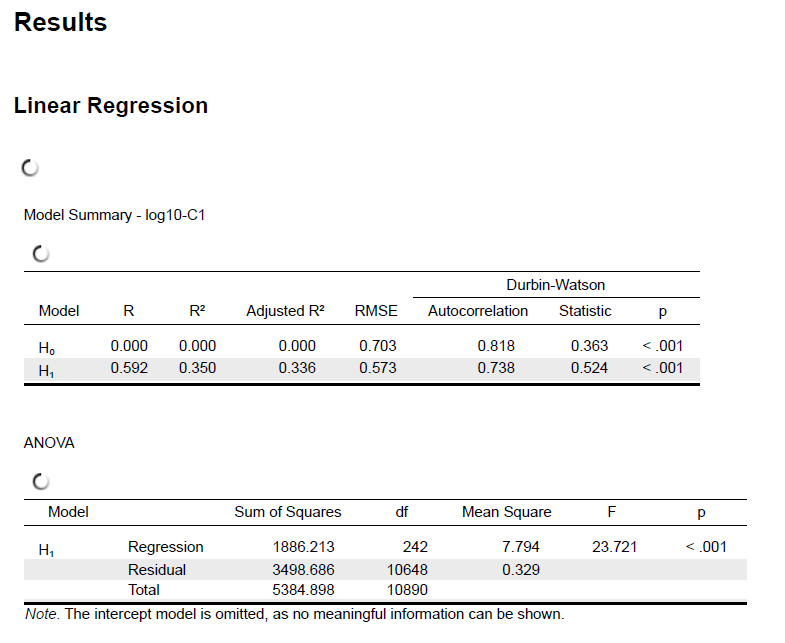