What test can be used to establish whether the increase in the slope is significant?

I feel that after three years it does no harm to post my own answer to how I solved this problem. It could be the case I have made an error or two, so please use with a pinch of salt!

Following whuber's advice in the comments, since my data is a time series of heights we would expect a continuity of the height at the change-point (1980). So I recoded the data to be number of years from 1980, such that at 1980 it is 0, negative values are for dates prior to then and positive values post 1980.

This means that I can view the data in the following way, with the intention of finding the plane of best fit. 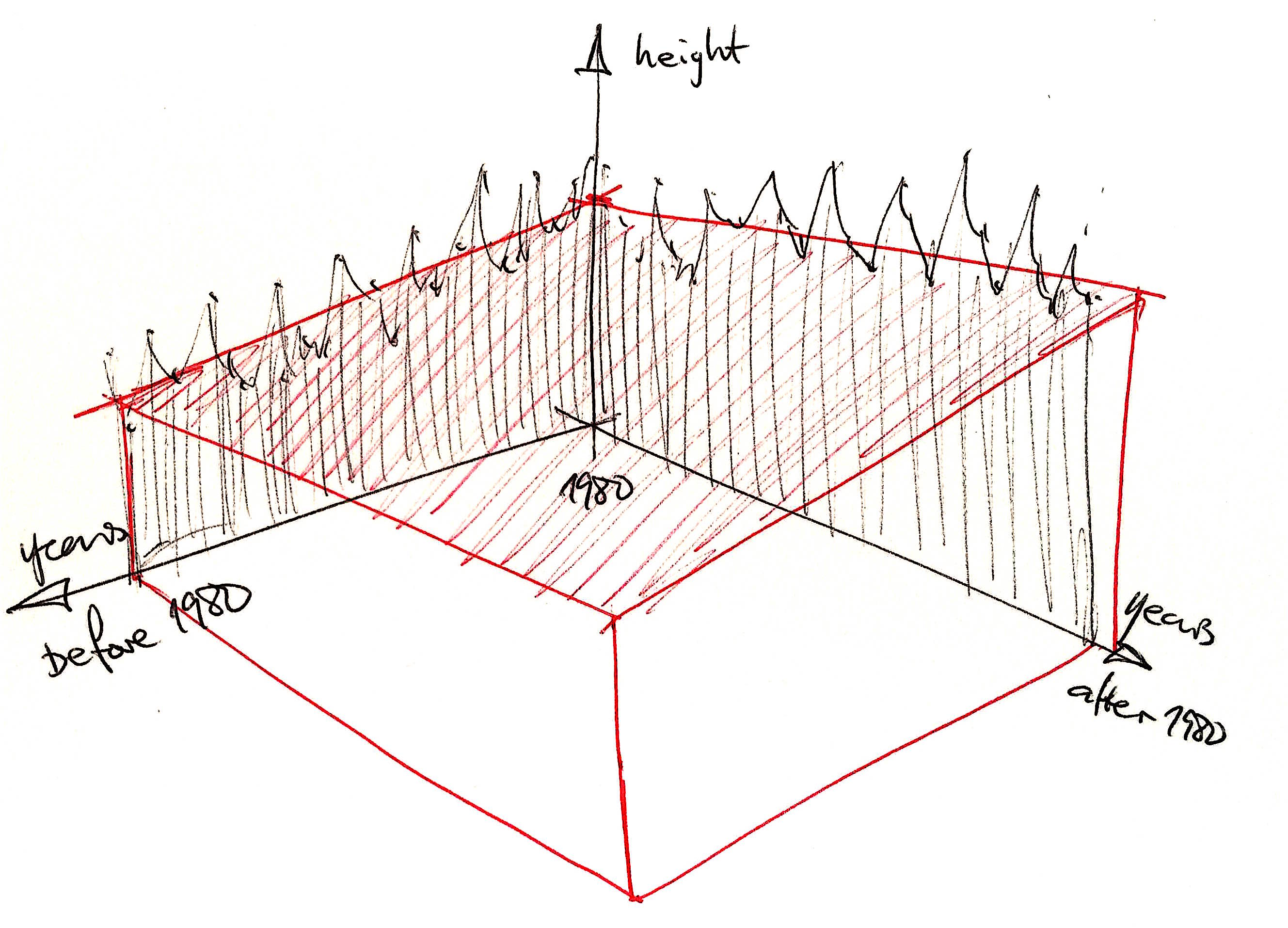 Applying a multiple regression with these two variables as explanatory and height as response yielded the following: 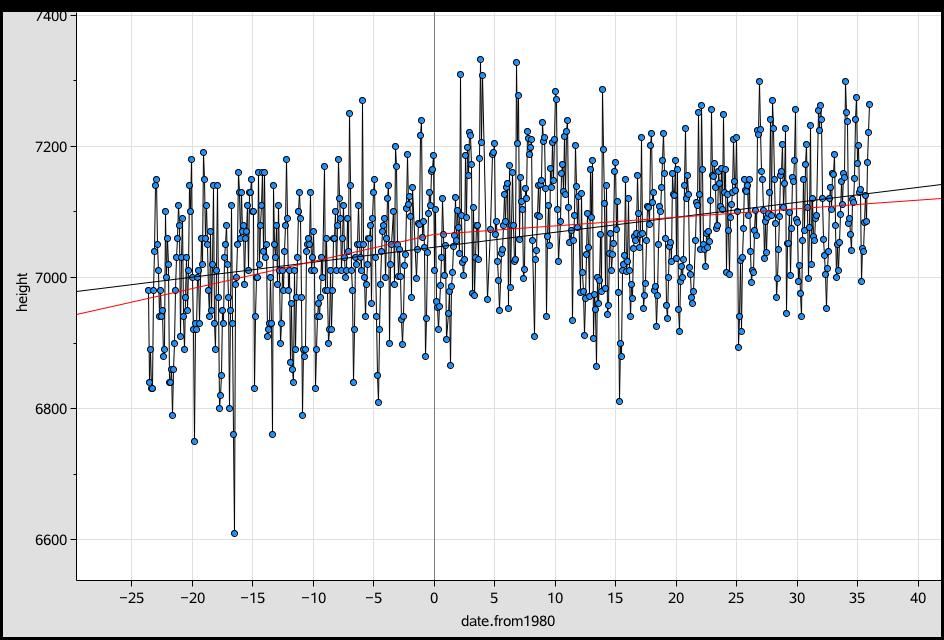 where the black line is a regression on the whole data set whereas the red kinked line is the model above. So my original question now becomes whether this kink is significant, by asking whether there is a difference between the slope of before compared to the slope of after.

Assuming I can use the relevant statistics obtained from the multiple regression, I followed this response to compute the test statistic:

which with my values gives $Z=3.95$ and from there I can continue to calculate the $p$-value depending on the direction of the hypothesis. (In my case I hypothesised an increase, but that doesn't appear to be the case!)

The tests that habe been suggested are limited to comparing the two slopes BUT the slopes could be the same and the two ontercepts could be different. The Chow Test http://en.wikipedia.org/wiki/Chow_test tests the significance of both coefficients not just the slope. Some software will actually find the breakpoint (if any ) rather than force the user to guess at the breakpoint. AUTOBOX a piece of software I am involved with actually does that. You can get a 30 day version to use on your problem at no cost. Nothing is cheaper than free !

Not the answer you're looking for? Browse other questions tagged regression time-series change-point or ask your own question.

36
What test can I use to compare slopes from two or more regression models?
20
Test a significant difference between two slope values
1
Comparing slopes in a time series following an intervention