Is optimizing α for partitions of a scale a sensible method for factor analysis? (was: relation between consistency and unidimensionality)

I'm a statistics noob so if at all possible, please don't stone me. Also write slowly and in simple terms.

I'm wondering what the relation between the internal consistency of a scale as usually measured by Cronbach's $\alpha$ and unidimensionality is.

The concrete reason I'm asking this fundamental question is that I tried to split a scale into three factors which separated quite nicely using a PCA and a direct oblimin rotation. Almost no intercorrelation between factors and the worst loading in any scale is $.59$.

Now while the first new scale that fell out of this process has a nice $\alpha$ of $.81$ (the total scale had $.5$), the second scale has a whoppingly bad $\alpha$ of less than minus frickin' six point five! I've seen my fair share of negative alphas in my short statistical life but this is unprecedented.

Now my naïve understanding is that internal consistency measures the existence of an underlying construct and unidimensionality of a scale means that this underlying construct has only one dimension. This would mean that internal consistency is a prerequisite for unidimensionality. This SSPS FAQ item at least seems to imply this and this section in Wikipedia that I found while Googling might imply anything because it's really poorly written but it refers to this paper that unfortunately goes over my head.

Because this post got so lengthy, this is probably a good time for a short break for your eyes and brain. 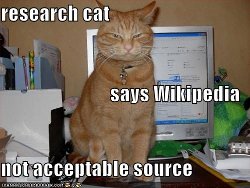 Sorry, this looked like a funny idea on paper. Anyway, there is also this question Assessing reliability of a questionnaire: dimensionality, problematic items, and whether to use alpha, lambda6 or some other index? I already found that I feel might contain the answer I'm seeking but it doesn't fully reveal itself to me.

Based on this understanding however, I started with $\alpha$ and tried to work my way from there. What I did is somewhat … unorthodox (which probably translates to "wrong" but I hope we'll hear more on that in an answer to this post). I did a global optimization of $\alpha$ which means I went through all possible partitions of the items of my scale and computed the average $\alpha$ for each partition. Funny thing is, the best solution for three factors (three and four factors had an identical best average $\alpha$ of $.71$) actually makes sense in terms of interpretability (the whole PCA shebang didn't). I'm pretty sure this is a coincidence though, right?

After StasK's comment, I decided to include my code for the $\alpha$ optimization in case others might find it useful. Just put your scale into a file named data.csv with columns as variables and rows as cases.

This script's not pretty and it's not fast; it did the job I personally wanted it to do. The optimization of my 12 items took almost 12 minutes on my Core i3. There can be optimizations done in the code but they probably won't fundamentally change the fact that optimizing a 30-item scale with this method would take not 30 minutes as one might naïvely assume but roughly 300 times the age of the universe. Blindly partitioning your 100-item questionnaire is probably not a good idea with this method. The number of partitions generated by partitions() can be checked here http://www.wolframalpha.com/input/?i=bell+number+of+12. Just replace 12 by your number of items.

In the long run, only a cleverer way than to test all possible partitions will do for larger scales.

A negative Cronbach alpha when there is a good factor is usually due to some items being reverse coded. In a factor analysis, this doesn't matter, the loadings just become negative. But for Cronbach alpha, the correlation between that item and the others will be negative, thus messing things up.

e.g. Suppose you had the following questions

From 1 to 100, please rate the following people

Well, I would guess there would be one strong factor, but alpha would be lousy.

if this is the problem the solution is simple: Just reverse code the items that need it

Not the answer you're looking for? Browse other questions tagged pca factor-analysis reliability scales consistency or ask your own question.

17
Assessing reliability of a questionnaire: dimensionality, problematic items, and whether to use alpha, lambda6 or some other index?

8
Advice on scientifically sound scale construction
12
How to reduce number of items using factor analysis, internal consistency, and item response theory in conjunction?
2
Determining which scale items to use for further analysis
0
Shall I remove factors because of low Cronbach alpha level?
10
What is the relationship between scale reliability measures (Cronbach's alpha etc.) and component/factor loadings?
7
How high is too high with Cronbach's alpha?
5
How are Cronbach's Alpha and Average Variance Extracted different in their interpretation?
2
Unidimensionality in IRT