Stationarity and Autocorrelation of Time Series

I am currently approaching time series analysis and I am trying to find a stationary time series. On this side, I found the Southern Oscillation Index (SOI) data and plotted it in R.

In testing for stationarity, I have used both the graphical analysis and the Augmented Dickey-Fuller test (see images below): 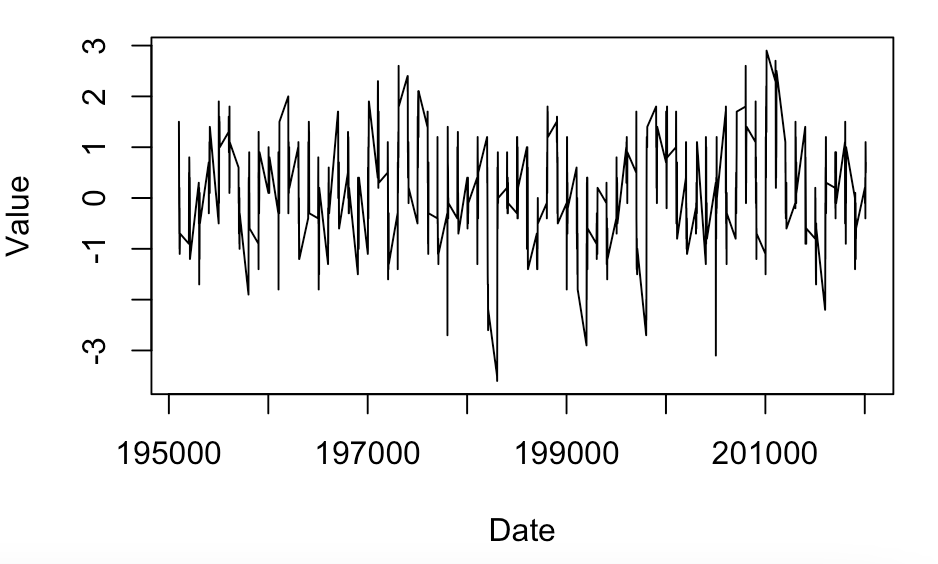 On my side, graphically they look stationary, and it is confirmed by the Augmented Dickey-Fuller (the unit root test). However, I saw something strange in the autocorrelation function: 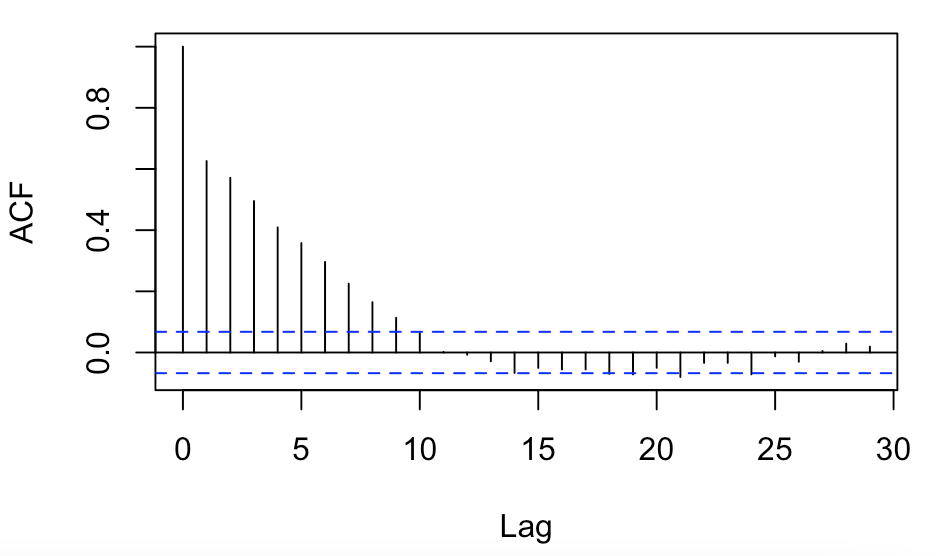 I see there is autocorrelation (significant) until the 10th lag. I was wondering if this result may affect stationarity. I was thinking that the ADF tells if there is a trend in the series, but what about the autocorrelation must be the same throughout the series and the variance as well? How can I test that?

Thank you so much!

Nothing strange in your results. Graph look like a stationary series, and ADF test reject unit root. ACF show some persistence in the series but stationarity deal with it.

Moreover at the start of your reasoning you should consider that Oscillators, at least what I know, are bounded. Therefore cannot deal with any type of trend (deterministic or stochastic).

Not the answer you're looking for? Browse other questions tagged time-series autocorrelation stationarity acf-pacf or ask your own question.